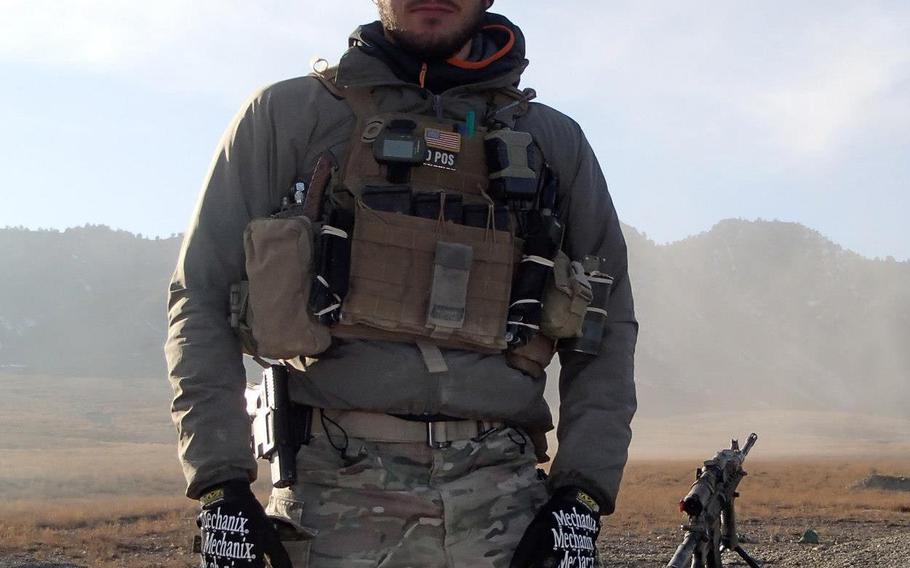 KABUL, Afghanistan — The American servicemember killed in Helmand province Tuesday was involved in a major operation aimed at reclaiming territory held by the Taliban, who have threatened to overrun the entire province.

The special operations forces servicemember, identified by the DOD as Staff Sgt. Matthew McClintock, was killed while working with Afghan forces to retake part of Marjah, site of one of the biggest U.S.-Taliban clashes of the war in 2010. Two other servicemembers and several Afghan troops were wounded in the fighting, which died down during the night into Wednesday, said Col. Michael Lawhorn, spokesman for the international military coalition in Afghanistan. All three were evacuated, Lawhorn said.

An Afghan security official in Helmand said the operations in which the servicemembers were involved helped open the road between Marjah and the provincial capital, Lashkar Gah, for the first time in two months. Helmand police spokesman Shah Mahmoud Ashna said the road was opened Tuesday night, but only after Afghan forces cleared 40 buried bombs found along just 5 1/2 miles of roadway.

The Taliban have made significant gains there this year, taking control of several districts and threatening to topple the provincial capital. Helmand is a center for growing poppy, which is used to make heroin. The drug trade has been a key driver of both the Afghan insurgency and government corruption.

The American servicemembers, along with their Afghan counterparts, came under fire during the mission, Pentagon press secretary Peter Cook said Tuesday. Two HH-60 Pave Hawk medevac helicopters responded to assist the casualties. One was waved off and left the scene safely, Cook said. The second landed, but its main rotor blade was damaged when the helicopter hit a wall.

There were contradictory statements about what caused the helicopter damage. Lawhorn said Wednesday that officials were still trying to determine whether it was damaged in fighting.

In the year since the NATO-led coalition formally ended its combat mission, violence in Afghanistan has risen to levels not seen since the U.S. invasion to topple the Taliban in 2001. The Resolute Support mission that replaced the original mission has focused on training and advising Afghan forces. But there have been several instances recently when American special operators have been involved in fighting. Lawhorn said Tuesday that those involved in Tuesday’s fighting were “conducting a “train, advise and assist” mission.

Insurgents have continued their pressure on Afghan forces in several provinces despite that winter usually marks a lull in fighting.

Insurgents have also stepped up attacks in the capital, including a massive truck bomb that heavily damaged a compound for U.S. Embassy employees Monday. On Wednesday, an embassy official released a casualty report saying six people in the compound were hospitalized. five of whom have since been released. The sixth victim’s condition was “stable and improving.”

On Wednesday, the area around the compound remained blocked off, with all access roads closed and concrete barriers erected on the street.