US servicemember in pretrial confinement as sailor's death investigated 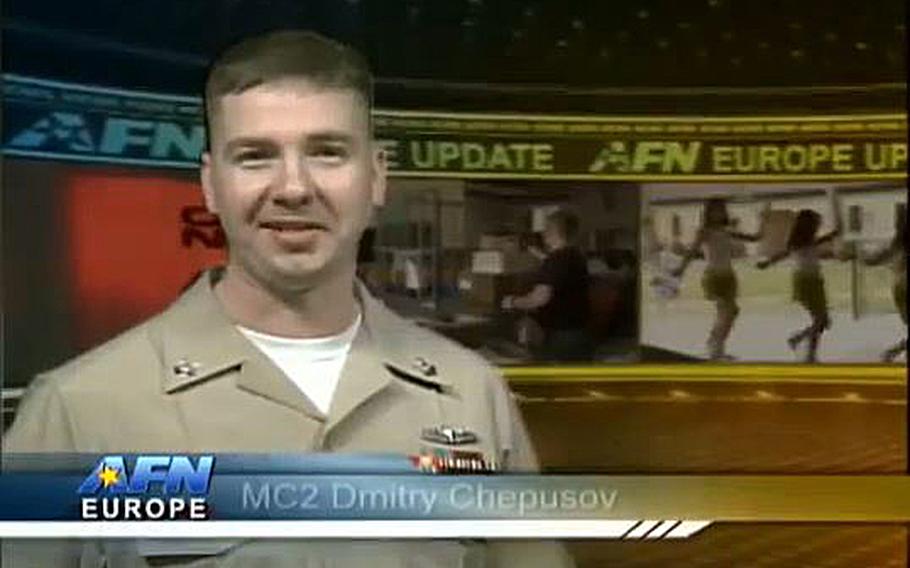 KAISERSLAUTERN, Germany — A 34-year-old American serviceman has been placed in pretrial confinement while an investigation continues into the Dec. 14 death of U.S. Petty Officer 2nd Class Dmitry Chepusov.

The servicemember has not been charged with any crimes, Linda Card, a spokeswoman for the Air Force’s Office of Special Investigations, said Monday. For that reason, investigators will not release his name, branch of service or unit, Card said.

“So far, no charges have been preferred,” she said. “That must happen before we can release that information.”

Initially, the servicemember had been remanded to his unit without being arrested, the OSI said last month.

An autopsy by German authorities concluded that Chepusov, a 31-year-old sailor assigned to the American Forces Network at Ramstein Air Base, died of “force to the neck,” according to a joint statement from German police and the Kaiserslautern prosecutor’s office, issued a few days after Chepusov’s death.

Chepusov, from Edgewater, N.J., was found dead in Kaiserslautern after German police pulled over the car in which he had been riding for driving erratically early on the morning of Dec. 14.

The car’s driver was turned over to U.S. military custody on Dec. 16, according to the Kaiserslautern prosecutor’s office.

German police determined the driver was legally intoxicated, with a blood alcohol content of 0.072 percent, Udo Gehring, a spokesman for the prosecutor’s office, said Monday. The legal driving limit in Germany is 0.05 percent.

Gehring said German authorities turned the investigation and all supporting evidence over to U.S. military investigators. Card, however, said the Germans “are still maintaining the lead.”

“Anything OSI comes up with in their investigation, they’re going to turn that information over to the Germans,” she said. “They’re working together.”

Card said the decision to prefer charges will be made by the 86th Airlift Wing commander at Ramstein Air Base, in conjunction with his legal advisers.