US sends more troops to Iraq to prepare for Mosul battle 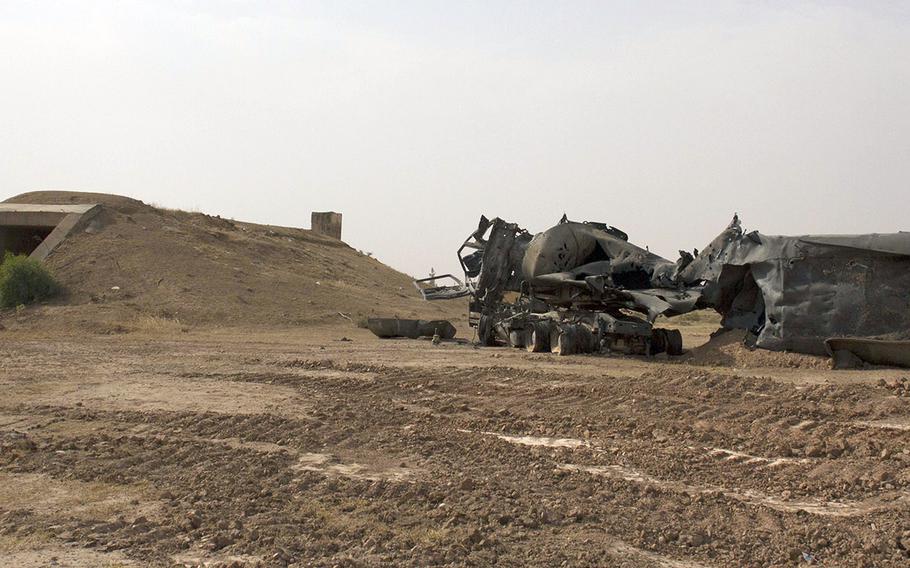 An August 30, 2016 file photo shows Qayyarah Air Field, which Iraqi forces say they plan to use as a key staging area for the long awaited operation to retake militant-held Mosul. (AP)

WASHINGTON — The United States has increased its forces in Iraq by almost 500 troops in the last week to support the operation to take Mosul from the Islamic State group, a Pentagon spokesman said Thursday.

The increase in personnel and equipment is needed to meet the Iraqi government goal of recapturing Mosul before the end of the year, Col. John Dorrian, the Baghdad-based spokesman for Operation Inherent Resolve told reporters at the Pentagon.

“[Iraqi] Prime Minister Abadi has come out and said that he would like to get this done within the year, and we are going to be at the Iraqi Security Force's side and be there to try to help pursue that,” he said.

Dorrian’s comments follow a Wall Street Journal report Thursday that Lt. Gen. Stephen Townsend, the top commander of operations against the Islamic State group in Iraq and Syria, said the battle to recapture Mosul would launch in early October. Dorrian said that specific time frame is not accurate.

However, in the last week, U.S. forces based in Iraq have risen from about 4,000 to 4,460, he said. The additional forces are assisting with the “tremendous amount of work going on” to set the pre-battle conditions to defeat the estimated 3,000 to 4,500 Islamic State group fighters estimated in Mosul, Dorrian said.

The additional U.S. forces are part of the 101st Airborne Division, 2nd Brigade Combat Team out of Fort Campbell in Kentucky. Their deployment was announced in August to help establish a base of operations at Qayyarah Air Field West.

The airfield is about 40 miles south of Mosul and will be used as a logistics hub for the upcoming fight for the city.

Mosul, Iraq's second largest city, was captured by the Islamic State group in the summer of 2014 and has been used as the group's de facto capital in that country.

U.S. efforts in preparation for the battle for Mosul include training Iraq’s army and security forces needed to push the Islamic State group out of the city and police forces needed to hold it once the terrorists are gone.

Between eight and 12 Iraqi brigades will be involved in the battle to retake Mosul, Dorrian said. About 6,500 Iraqi forces are training now, he said.

“The liberation battle for Mosul is five to six times [larger than] Ramadi in both area and in the number of people that are there,” Dorrian said. ”So there are going to be a lot of planning considerations and a lot of troops who have to be trained in order to do that.”