US sending additional military to aid in Philippines typhoon relief 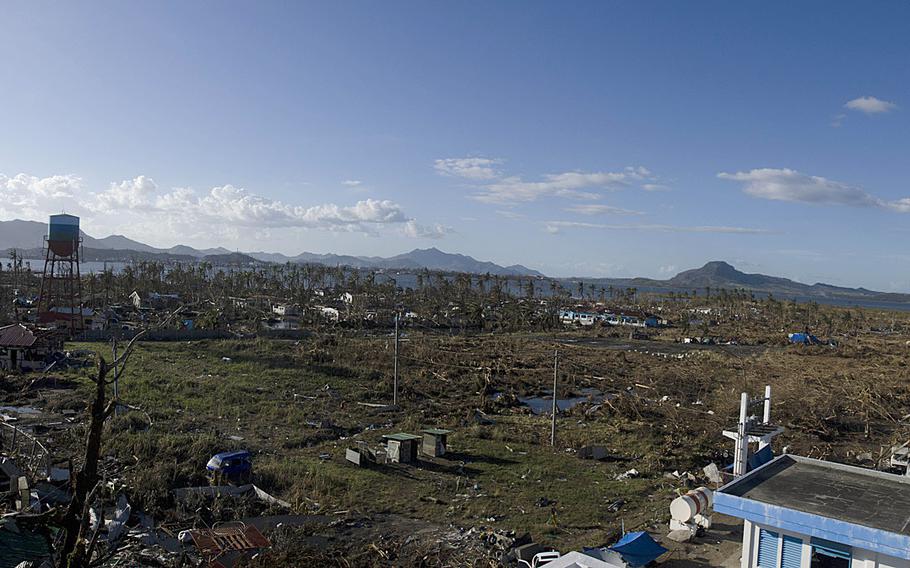 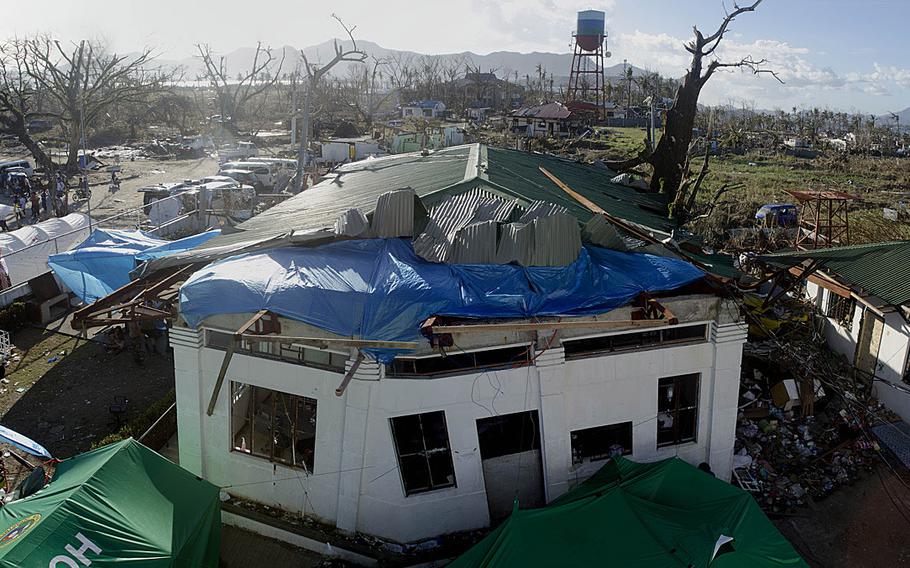 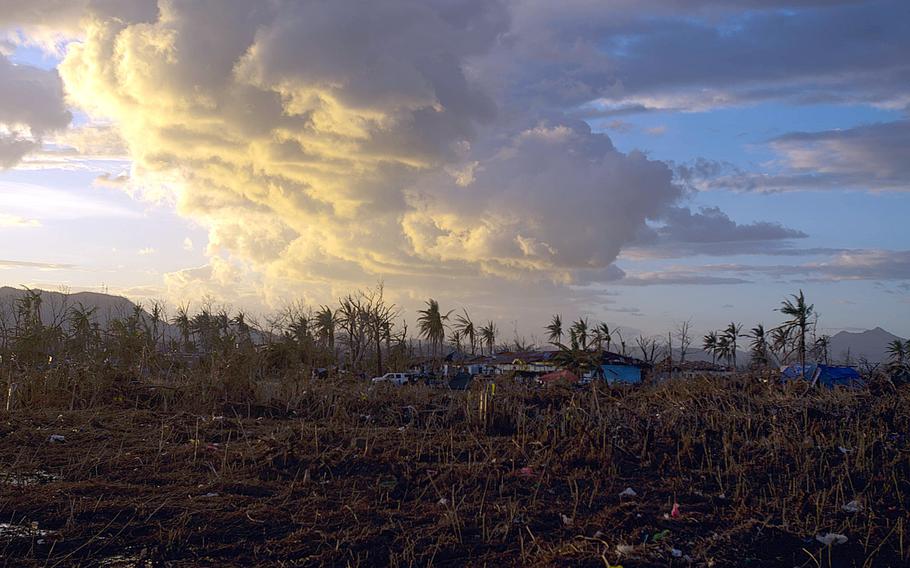 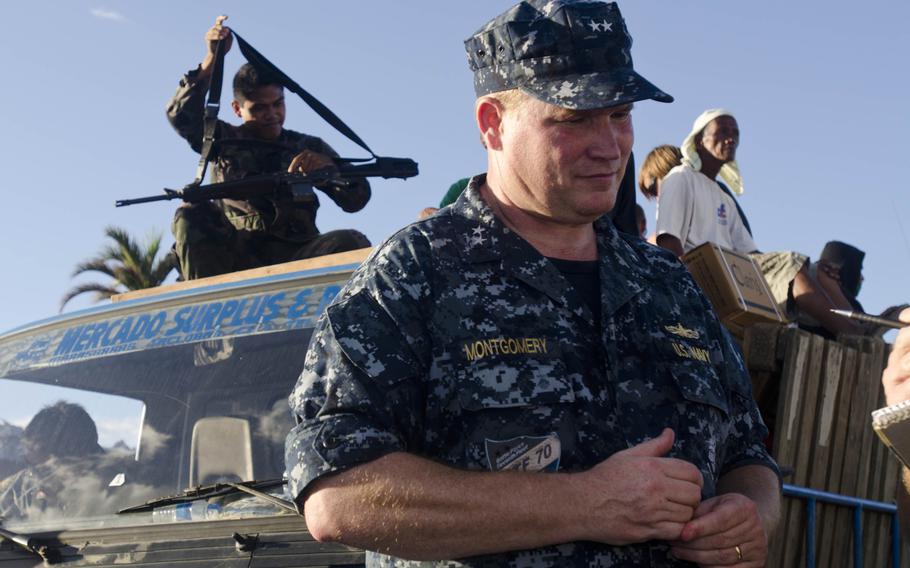 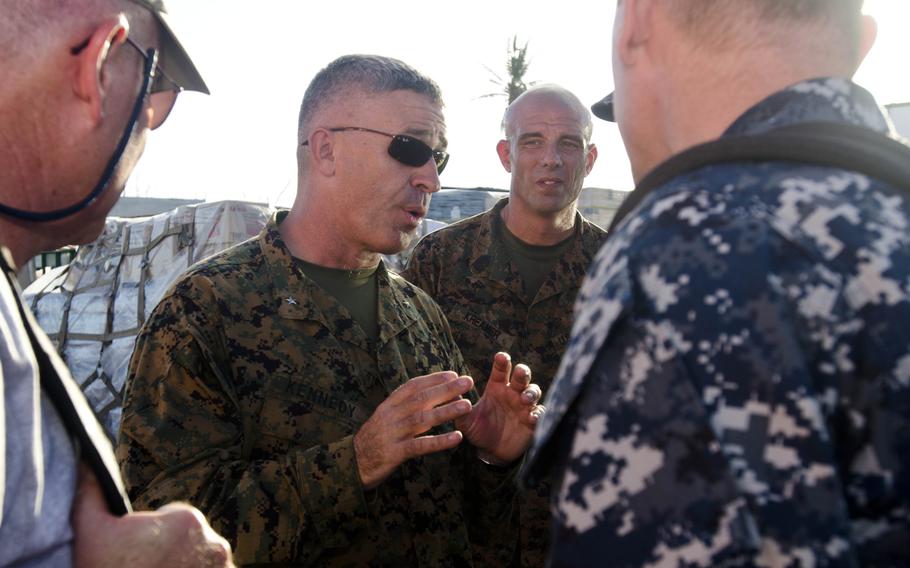 The Marines and sailors are heading for the disaster zone aboard ships with the 31st Marine Expeditionary Unit, according to a Nov. 16 Marine Corps news release.

Two amphibious ships — USS Germantown and USS Ashland — also are on the way to join U.S. and Philippine forces participating in the typhoon relief effort, known as Operation Damayan, which means “lend a helping hand” in Filipino, according to the Marines.

The storm has affected more than 6.9 million Filipinos and destroyed 150,000 homes across 41 provinces in the Philippines, the news release said.

While the scope of the disaster is still being assessed, the duration and extent of the 31st MEU’s operations will depend on the Philippine government’s request and priorities from the U.S. Agency for International Development, the news release said.

The Strike Group includes nine ships, 23 helicopters and 7000 personnel, but only about 300 to 400 of them are working ashore or flying on relief missions, he said, standing at the city’s airport amid a crowd of desperate typhoon victims waiting for flights out.

Operation Damayan commander Marine Brig. Gen. Paul Kennedy has assigned the Strike Group responsibility for the eastern side of Samar Island north of Guiuan City, where there is a hub for incoming supplies.

By Friday, helicopters from the Strike Group had flown several hundred hours, moving food and water to remote areas in support of Filipino forces and evacuating several hundred people from the disaster zone, Montgomery said.

“Our job now is to pick supplies up from hubs like Tacloban and Guiuan and move them out to more remote areas in support of the Philippines military,” he said.

Army Maj. Leo Liebreich, part of a Joint U.S. Military Assistance Group in The Philippines, was among the first U.S. personnel to arrive at Guiuan, as part of a team surveying the World War II-era landing field to make sure it was a safe place for C-130s to land with relief supplies.

“They had about 900 wounded and about 100 dead and a lot missing,” he said. “The whole village was without food, water and shelter.”

The arrival of the U.S. naval assets greatly enhances the ability of those involved in the relief effort to access remote areas, said Kennedy, who also visited Tacloban Friday.

“The ocean gives us maneuver space,” he said. “We can get into small villages with the helicopters and we have amphibious ships coming.”

Kennedy said he’s looking for a way to distribute 700,000 gallons of water that ships on the Strike Group can produce each day.

Philippine Navy Capt. Roy Trinidad, the Philippine military officer in charge of the airport at Tacloban, said ground vehicles and fuel are needed in the disaster zone to move out supplies.

Convoys are on the way overland but will take days to arrive due to congested and blocked roads, officials said.

Bringing trucks in by sea is the best option, Trinidad said.