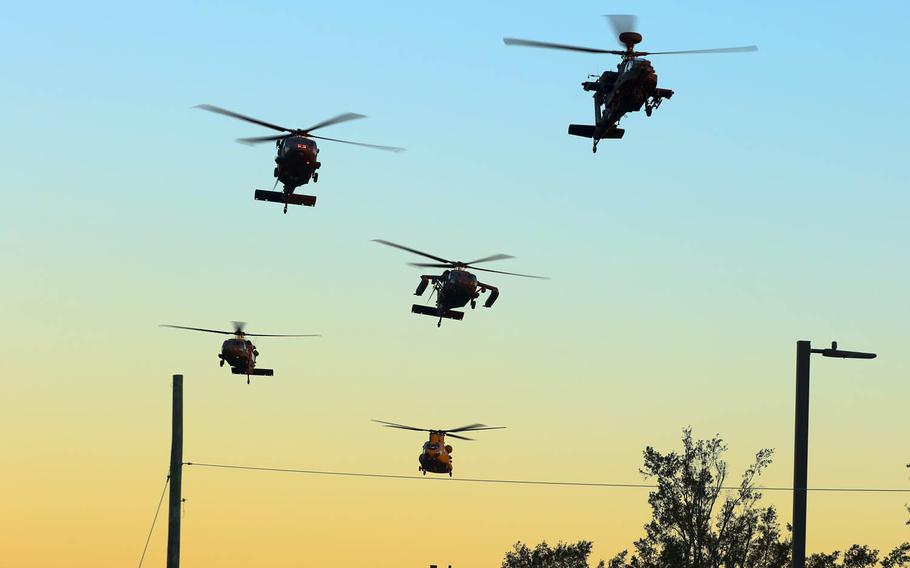 But the battalion will be temporarily split between two bases because a new parking apron hasn’t been completed, the military said Monday.

The scheduled rotational deployment of the AH-64D attack helicopters next month will replace 30 OH-58D Kiowa Warrior helicopters, which are being retired.

Sixteen of the Apaches will be temporarily stationed at Suwon Air Base until a new parking apron is completed at Camp Humphreys, which will eventually house the bulk of U.S. forces as part of a long-delayed relocation from Seoul and bases to the north.

The other eight will be at Camp Humphreys, according to the USFK public affairs office. It said the parking apron is expected to be completed at the end of this year, although the exact date is based on conditions.

South Korean defense ministry official Kim Sun-min said the work would be finished in October, according to the Yonhap news agency.

The deployment of the Apaches “will significantly strengthen the ROK-US combined defense posture and capabilities,” the U.S. and South Korean militaries said in a joint statement.