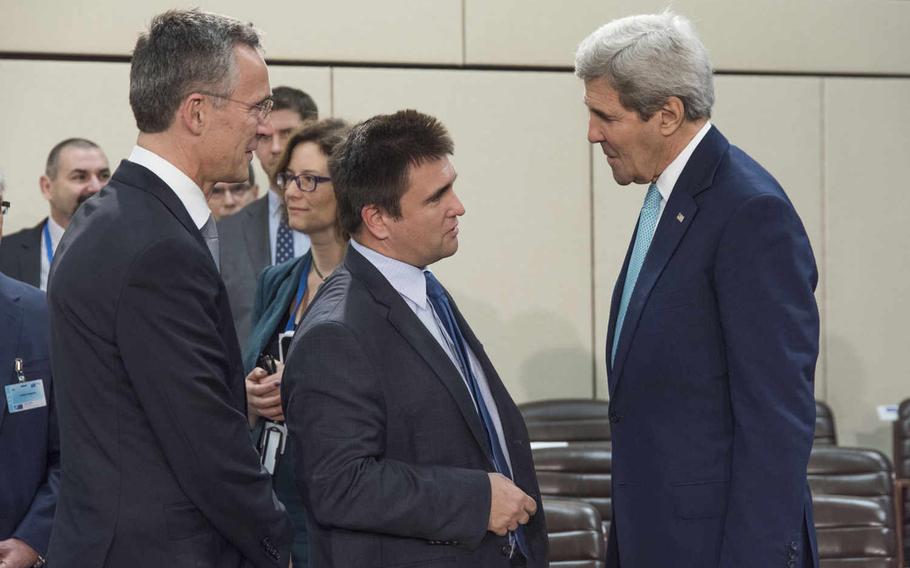 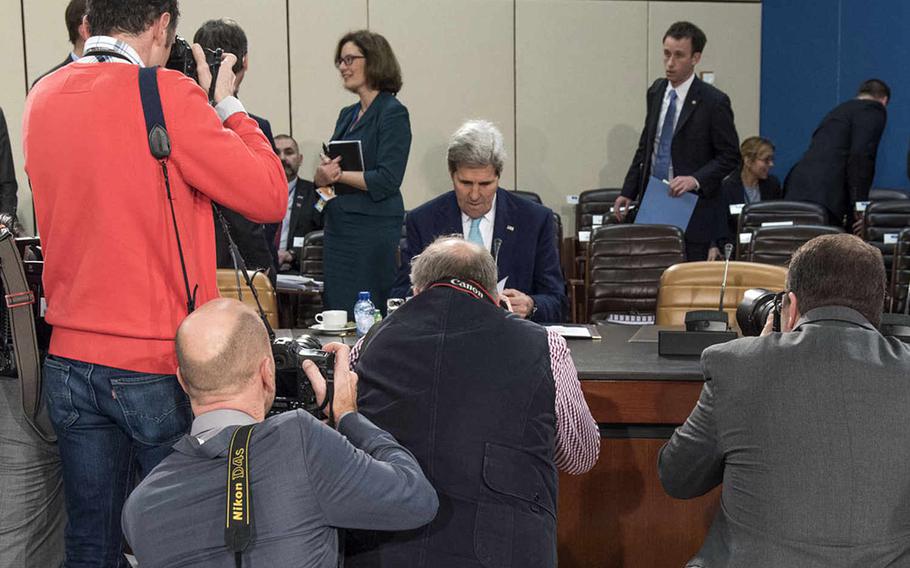 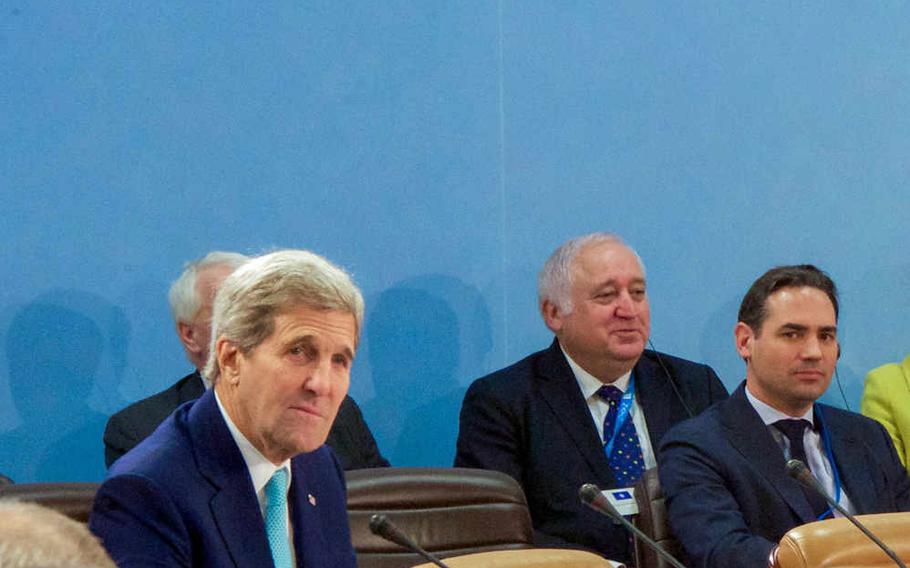 BRUSSELS — The U.S. military will help Turkey seal the remainder of its border with Syria, where the flow of weapons, foreign fighters and oil has been key to resupplying the Islamic State group that now operates on NATO’s doorstep.

“We will work together. We are going to have the appropriate consultations between our militaries to do that,” U.S. Secretary of State John Kerry said Wednesday during a meeting of foreign ministers in Brussels.

Kerry’s comments came at the conclusion of a two-day summit of NATO members, where the U.S.’s top diplomat also called on allies to contribute more to the U.S.-led coalition fighting the Islamic State in Iraq and Syria.

Kerry’s appeal comes as the U.S. intensifies its efforts in Syria and Iraq.

The Pentagon plans to send more special operations forces to carry out raids and work with Iraqi and Kurdish forces, but that move — announced Tuesday by Defense Secretary Ash Carter — was quickly met with a statement by Iraqi Prime Minister Haider al-Abadi, who said more U.S. ground forces are not wanted or needed.

Kerry played down any rift between the two sides, saying Iraqi leaders had been fully consulted. He asked allies in Brussels for a range of contributions to fight the Islamic State, including more special operations forces, trainers, air-refueling capabilities and nonmilitary assistance, such as medical facilities.

“It is important for the world to join together,” Kerry said during a news conference. “A number of countries will leave here today prepared to go back and consult with their governments.”

Germany is among the allies that have pledged more support, with a plan to send 1,200 troops to the region in a noncombat, enabler role. It will also send a warship into the Mediterranean and dispatch surveillance aircraft to help in intelligence gathering.

In recent days, the U.S. has been increasing pressure on Turkey to do more to stem the flow of fighters through its borders. Kerry said the U.S. and Turkish President Recep Tayyip Erdogan are in agreement on the need to cut off an unsecured, 60-mile portion of the border, which will require ground forces and coalition air power.

The U.S. military presence in Turkey has been on the rise. A fleet of F-15 and A-10 fighter jets have conducted routine air strikes in Syria and are guarding Turkish air space. Such aircraft would likely help enforce a tighter border.

Also on in Brussels on Wednesday, NATO allies discussed ways to further reinforce Turkey’s air defenses, with decisions expected in the weeks ahead.

The NATO meeting marked the first major alliance gathering since the Nov. 13 terror attacks in Paris and the downing of a Russian warplane along Turkey’s border with Syria. The latter raised concerns about direct confrontation between allies and Russian forces operating over Syria.

“We need to modernize the rule book of European security,” he said.

For the U.S.-led NATO alliance, Russia’s role in Syria poses both a challenge and an opportunity. On the one hand, the Russian military has targeted what allies have described as more moderate forces opposed to the regime of Syrian President Bashar al-Assad. In addition, Russia has deployed sophisticated anti-aircraft weaponry that could pose a threat to U.S. and Turkish aircraft in the region.

On the other hand, any hope for a political solution to the Syria crisis is unlikely without the support of Moscow, Assad’s chief ally.

President Barack Obama, during a stop in Paris this week, expressed hope that Moscow could eventually support a transition that would see the removal of Assad.

Kerry on Wednesday reaffirmed the U.S. assertion that Assad’s departure was a prerequisite to a political solution.

“That is not regime change. That is Assad change,” Kerry said. “It is Assad who needs to cooperate in putting together this transitional effort that can be embraced by everybody. A tall order I understand. If one cannot achieve that transition, let me be clear, the war will not end.”

While the U.S. hopes Russia can play a pivotal role in solving the Syrian crisis, relations between Moscow and the West remain at a post-Cold War low.

NATO’s invitation on Wednesday to the tiny Balkan nation of Montenegro to join the military alliance, which would further expand NATO into the east, provoked an expected response from Russia. The Kremlin immediately issued a statement saying Moscow would retaliate.