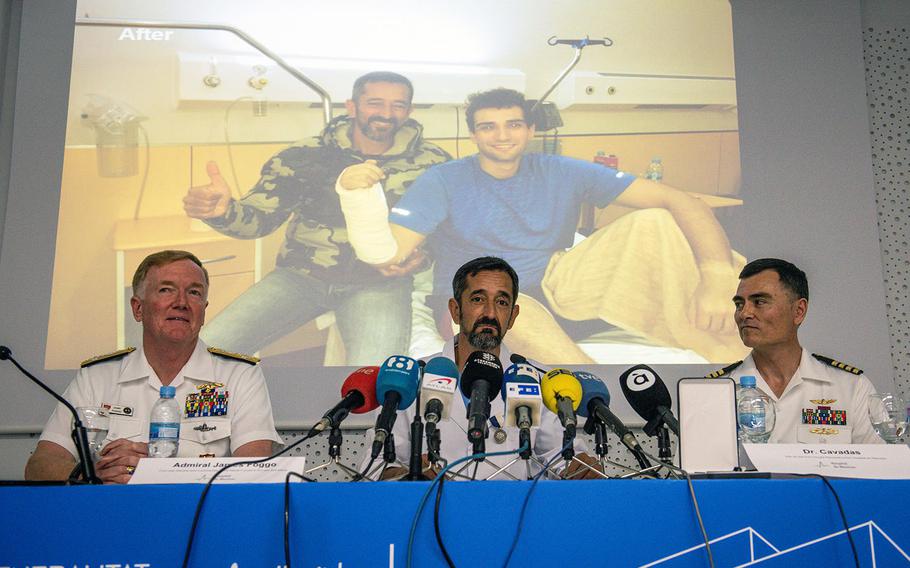 An American sailor who lost his hand in an industrial accident aboard a submarine off Spain’s southeastern coast had it reattached by a Spanish surgical team.

The accident happened on March 27, the U.S. Navy's 6th Fleet said in a Friday statement.

After being stabilized by the medical team aboard the USS Georgia, the injured sailor was taken to the hospital by boat and helicopter in the early hours of March 28, according to Spanish maritime rescue agency Salvamento Maritimo, which released a video of the rescue. Then it was time for Pedro Cavadas, a reconstructive surgeon at Hospital de Manises in Valencia, and his team to get to work.

It took about 10 hours between the amputation and the sailor's arrival at the hospital, the doctor told Spanish newspaper El Pais. The surgical team used a catheter between the artery of the stump and an amputated artery from the hand to provide irrigation. Then they used a skin graft from the submariner's leg to help with the reattachment, which took about five hours, the doctor said.

Cavadas and his team were given awards for their efforts by the U.S. Navy on May 4. Adm. James Foggo III, commander of U.S. Naval Forces Europe-Africa and Allied Joint Force Command Naples, said in a Navy statement, "“The response to this incident is a testament to enduring partnership between the U.S. and Spain."

The sailor is expected to fully recover, Foggo said.