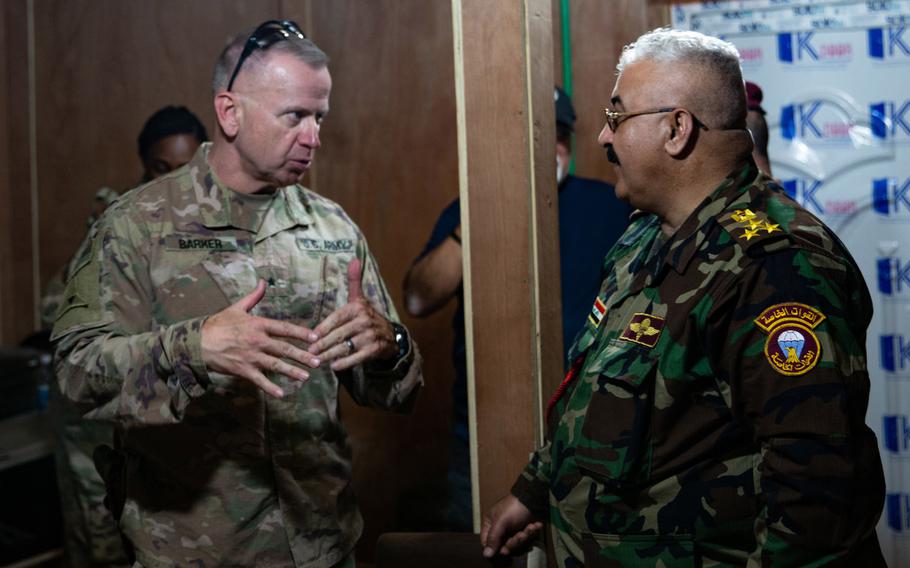 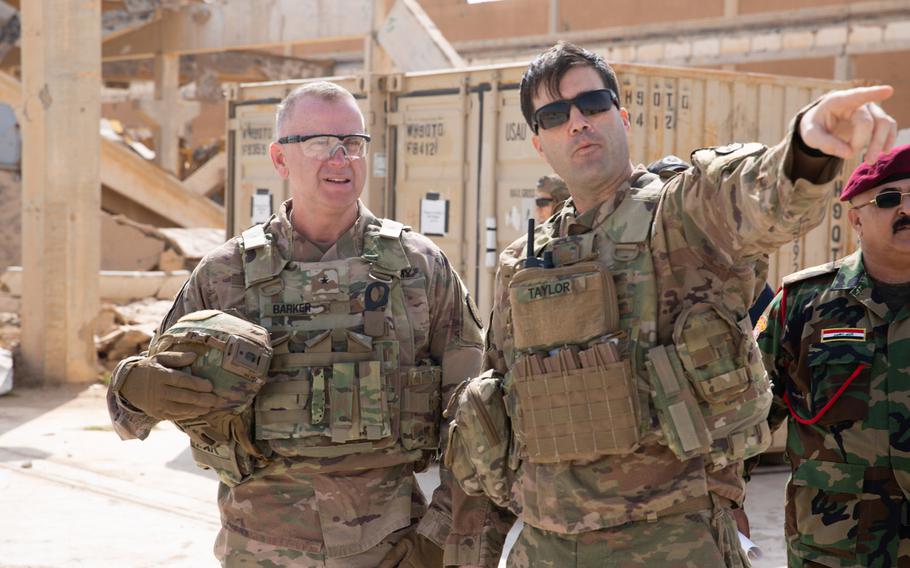 The U.S. transfer of an outpost near Iraq’s western border with Syria to Iraqi security forces Tuesday marked the official start of a long-planned consolidation of coalition troops in the waning battle against the Islamic State group.

Although U.S. officials had been discussing a withdrawal from some Iraqi bases since before Christmas, the handover of the al-Qaim base and about $900,000 of equipment came after a series of bloody attacks highlighted a continued threat from Iranian proxies targeting coalition forces.

Coalition forces first moved into the base, near a critical border crossing ISIS used to transfer weapons, fighters and supplies, about two months after Iraqi forces routed militants from the area in November 2017.

U.S. and French artillery there, along with coalition airstrikes and special operations forces, helped oust ISIS from the Syrian town of Baghouz, the last stronghold of its “caliphate,” last March.

“Al Qaim served as a critical location in the fight against Daesh,” said Brig. Gen. Vincent Barker, director of sustainment for the coalition, using an Arabic acronym for ISIS. “First, as the Iraqi Security Forces liberated the Al Qaim region from an evil presence, and later as a valuable base during the Battle for Baghouz, the last physical territory held by ISIS.

“Today’s transfer is possible thanks to the efforts and successes of our ISF partners,” he said.

Troops will withdraw in the coming days after completing equipment transfers, the coalition said in a statement Tuesday. It had also announced plans to withdraw coalition troops from the K1 base in Kirkuk and Qayara West Airfield, south of Mosul, as it relocates troops and equipment to several other Iraqi bases throughout 2020.

The news came after a pair of rocket strikes last week on Camp Taji, north of Baghdad, that bookended deadly U.S. airstrikes on what the Pentagon said were weapons storage facilities used by the Iran-backed Kataeb Hezbollah militia.

The first strike at Taji killed two Americans — a soldier and an airman — and a British army combat medic, wounding 14 other coalition troops. The second wounded three coalition troops and two Iraqis.

Similar barrages hit both the Qayara base, known as Q-West, and K1 last year. The killing of an American contractor and wounding of American troops in the K1 attack sparked U.S. airstrikes on Kataeb Hezbollah positions and further back-and-forth escalations, including a U.S. drone strike that killed a top Iranian general and a retaliatory Iranian ballistic missile strike on al Asad Air Base in Iraq’s Anbar province.

But U.S. officials at Qayara openly discussed that base’s impending closur days before the fatal strike on K1, though details had yet to be worked out.

Lt. Col. Stephen Thibodeau, head of the 25th Infantry Division’s 2nd Battalion, 8th Field Artillery Regiment and base commander at Q-West, was optimistic about the Iraqis’ improving intelligence and combat support abilities that would allow for a smaller U.S. footprint in Iraq, he said at the time.

The situation opened up “a huge opportunity to get smaller while getting better,” said Thibodeau, whose unit also had troops deployed to al-Qaim.