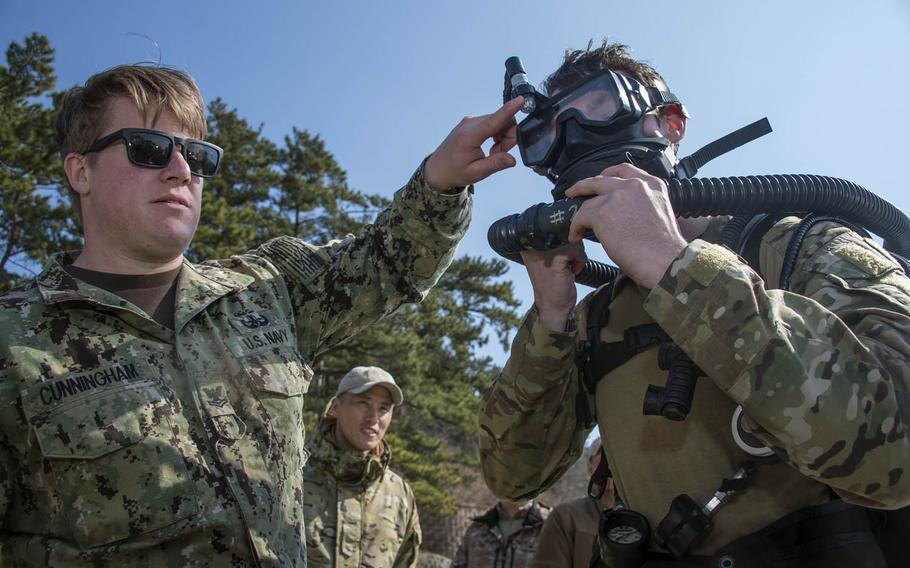 SEOUL, South Korea — Defense Secretary Jim Mattis vowed to defeat any attack on the United States or its allies as Washington and Seoul kicked off annual war games that are a major source of tension with the North.

Foal Eagle — a field-training exercise involving ground, air, naval and special operations forces — began Wednesday amid a spike in tensions after North Korea test-fired an intermediate-range missile on Feb. 12. Pyongyang strongly objects to such drills, which it considers a rehearsal for an invasion despite Washington’s insistence they are defensive in nature.

U.S. Forces Korea said the exercise, which is expected to last for about two months, demonstrates a commitment to the alliance “and enhances the combat readiness, flexibility, and capabilities of the Alliance.” USFK officials did not immediately provide more details.

About 10,000 U.S. servicemembers are participating in the exercise, including 3,500 who are usually stationed off the divided peninsula, the public affairs office said.

It will coincide with a computer-simulated command post exercise known as Key Resolve, due to begin in mid-March.

Mattis, who made South Korea his first stop on his first trip abroad as Defense Secretary last month, reiterated the U.S. commitment to the defense of its ally in a phone call Wednesday with his South Korean counterpart, Han Min-koo.

“He further emphasized that any attack on the United States or its allies will be defeated, and any use of nuclear weapons will be met with a response that is effective and overwhelming,” Pentagon spokesman Capt. Jeff Davis said in a readout of the call.

Mattis also welcomed an agreement between the South Korean government and Lotte Group that will allow the stationing of a Terminal High Altitude Area Defense system on a golf course in a southeastern part of the country as early as this summer.

“This is a critical measure to defend the [South Korean] people and alliance forces against North Korean missile threats,” Davis said.

The U.S. has about 28,500 servicemembers stationed in South Korea, which remains technically at war with the North after the 1950-53 conflict between the two countries ended in an armistice instead of a peace treaty.