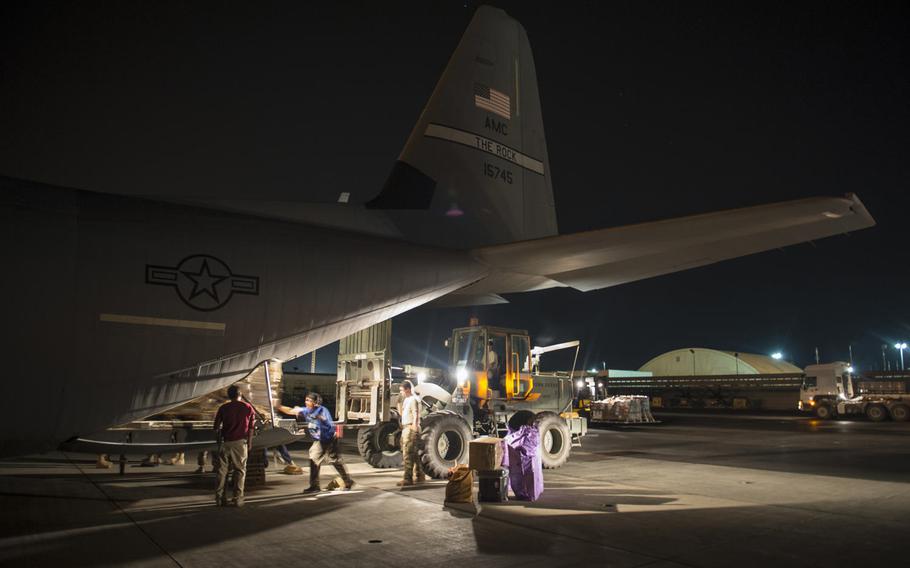 Airmen from the 449th Air Expeditionary Group load cargo onto a C-130 plane for a Combined Joint Task Force-Horn of Africa mission in Somalia, May 26, 2017. (Russ Scalf/U.S. Air Force)

Airmen from the 449th Air Expeditionary Group load cargo onto a C-130 plane for a Combined Joint Task Force-Horn of Africa mission in Somalia, May 26, 2017. (Russ Scalf/U.S. Air Force) 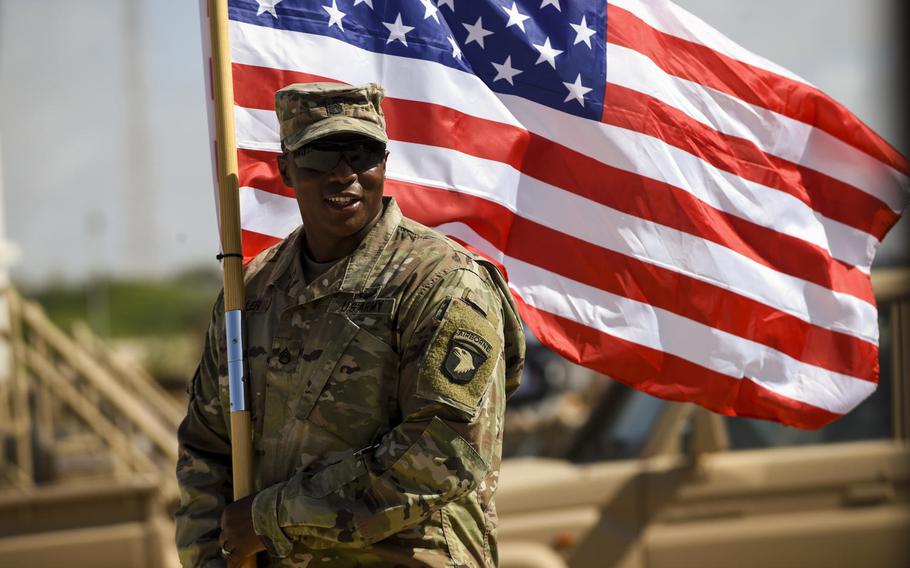 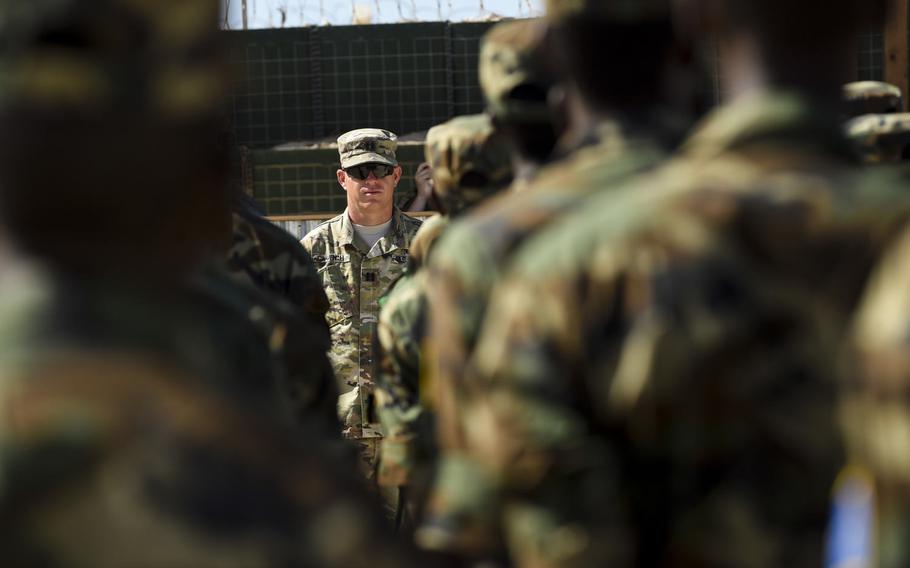 STUTTGART, Germany — The number of U.S. servicemembers operating in Somalia has quadrupled since the beginning of the year to 400 troops, making it the biggest contingent deployed to the war-torn country in nearly 25 years.

The Pentagon confirmed the total Monday, two days after a massive truck bomb in the Somali capital of Mogadishu killed more than 300 people.

Col. Rob Manning, briefing reporters in Washington, said “we’re not going to speculate” about whether the Somalia mission will expand further. About half of the 400 U.S. troops in Somalia are positioned in Mogadishu and the rest are operators in the field on an advisory mission.

“The numbers represent a snapshot in time of the ebb and flow of personnel, both operational and support personnel,” said Robyn Mack, a spokeswoman for U.S. Africa Command.

AFRICOM said all of its personnel were accounted for after Saturday’s attack.

On Tuesday, the military sent a C-130 filled with relief supplies into Somalia in response to a request for support after the bombing.

The U.S. announced in April that it had sent about 40 soldiers from the 101st Airborne into Somalia, marking the first time since 1993 that regular troops were given a mission there. Their task has focused on training Somalia’s fledgling military to ensure a steady stream of supplies reaches forces fighting the Islamic militant group al-Shabab.

A cadre of U.S. special operations forces also operates alongside Somalian troops as advisers. The elite commandos have played a larger role during the past two years. In May, a Navy SEAL involved in these efforts was killed. His death was the first combat casualty in Somalia since the notorious Black Hawk Down debacle in 1993, in which 18 servicemembers were killed.

The stepped-up U.S. efforts are a response to al-Shabab’s new assertiveness. Five years ago, the group was pushed out of most of its former strongholds. But by 2014, the group was reclaiming territory and launching major attacks.

A 10-year international effort led by the African Union’s military mission was largely responsible for many of the past security gains, which helped prevent Mogadishu from being overrun by al-Shabab a decade ago.

The drawdown of the African Union’s force of 22,000, set to begin next year, has raised concerns about a potential security vacuum at a time when the U.S.-backed government in Mogadishu is working to get on its feet.

The al-Qaida-aligned al-Shabab aims to impose its harsh brand of Islamic law on Somalia and has pledged to carry out strikes on the West. To date, however, it has focused on Somalia, with occasional attacks on neighboring countries, and has shown little capability to operate beyond East Africa.