US poultry products will return soon to Korean commissaries 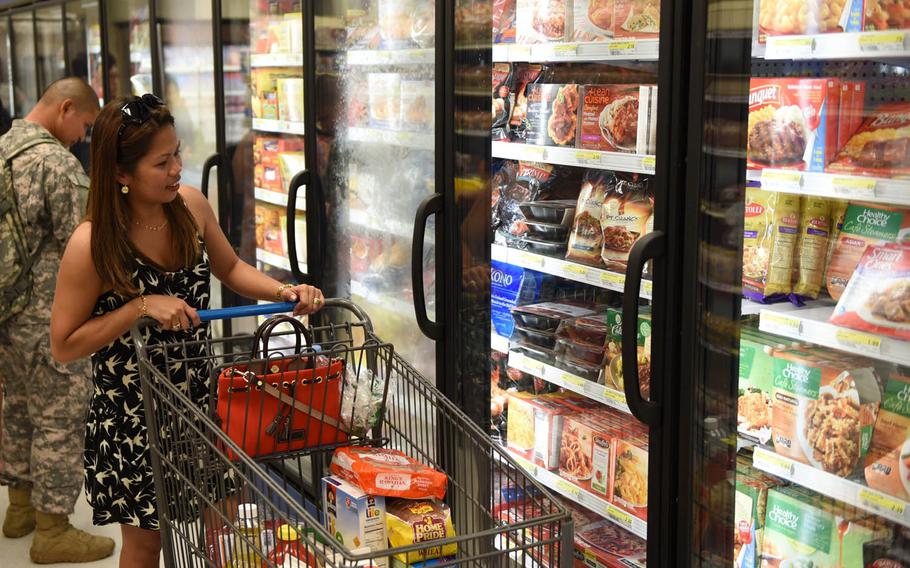 A patron shops in the frozen foods aisle during the grand reopening of the Camp Carroll commissary in July 2015. (Mary Grimes/U.S. Army)

American eggs and uncooked poultry products will start returning to commissary shelves in South Korea by late August, according to the Defense Commissary Agency.

U.S. poultry hasn’t been sold at commissaries on the peninsula since December 2014, when South Korea imposed an embargo after avian influenza was detected in chickens in California and Oregon.

“This is welcome news for everyone associated with commissaries — customers and employees alike,” said Wayne Walk, DeCA’s zone manager in Korea. “We’re working with our suppliers to get frozen thighs, breasts, wings and whole chickens, eggs and other uncooked poultry products from the U.S. into stores as quickly as possible. We expect U.S. poultry to be fully stocked again by the end of September.”

During the embargo, commissaries sold fresh Korean eggs and poultry and frozen Australian chicken. Commissaries will continue to stock locally sourced eggs along with frozen products from the U.S., the DeCA statement said.

“Turkey suppliers required orders placed by the beginning of April,” said Jack McGregor, DeCA’s Pacific Area logistics chief. “We ordered turkeys in April from our known and reliable supplier in Australia that produces the Steggles brand.”