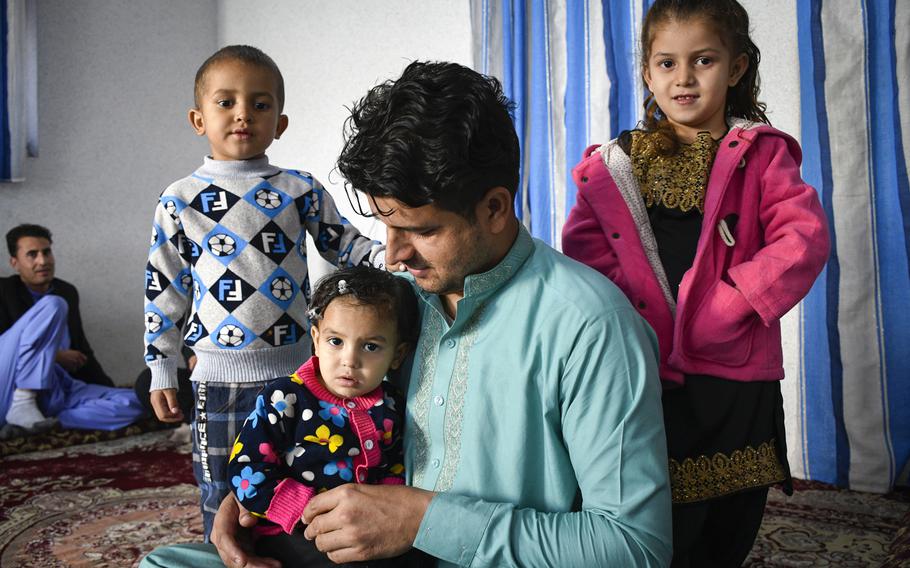 Zabihullah Bayan, a former Afghan interpreter for the U.S. military, prepares to leave Kabul, Afghanistan, with his family on a special immigrant visa, on Oct. 10, 2019. The U.S. government submitted a plan March 5, 2020 in response to a court order to speed up the SIV program, which provides visas for Afghan and Iraqi translators who worked for the U.S. ()

A Trump administration proposal to fix a visa program that allows war zone interpreters to resettle in the U.S. has been rejected as “downright offensive” by a refugee advocacy group.

The government plan was submitted last week in federal court in response to a judge’s order to clear the backlog of interpreters waiting for visas, which in some cases goes back years. It proposes new deadlines for Special Immigrant Visa processing and recommends closing out long-stalled applications.

But the International Refugee Assistance Program, which filed a lawsuit in 2018 over the long waits faced by many SIV applicants, said the plan places the burden on applicants to speed up the process.

“The government’s plan is downright offensive,” IRAP said Friday in a statement on Twitter. “It has no timelines and no commitments. Only proposals to make the process harder for applicants that won’t actually help with the delays.”

Officials with the organization, which initially brought the suit on behalf of five anonymous applicants from Iraq and Afghanistan, were “dismayed and frankly angry that the government is not taking seriously a court order,” it said.

Almost no applicants get their results within the congressionally mandated nine-month response time, said government data cited in court documents.

Last month, U.S. District Judge Tanya S. Chutkan in Washington, D.C., gave the government 30 days to submit a plan to fix the issue and process cases for more than 7,700 applicants waiting longer than nine months. She ruled last fall that such delays were unlawful.

“While the SIV process is complex and resource-intensive, [government officials] have a non-discretionary duty to fully adjudicate applications without unreasonable delay,” Chutkan said in her February order.

In its response last week, the government said it believes Congress’s nine-month deadline is merely a “reference point,” adding that resources and staffing for the program were already stretched thin.

If required to decide on cases within that period, the government said it may “be forced to shut the door on potential SIV applicants.”

The State Department has already implemented a plan to give priority to Afghan interpreters and translators — particularly those with combat experience — or who worked directly for the U.S. government, over contractors who worked on bases and others whose work supported the U.S. mission throughout the country.

Its proposal to eliminate the delays requires the more than 8,000 incomplete applications in the system to submit required documents within a strict 30-day deadline or their cases will be closed. Requests for independent verification of documents must be answered within 30 days, the proposal says.

The State Department would also stop considering those who have had applications and appeals denied in the past, to cut down on repeat submissions without “substantive change in the facts.”

Applicant interviews would be held at any embassy or consulate in the world where host governments admit Iraqis or Afghans, but failing to show up for an interview and not scheduling a new one within a year, or failing to provide missing documentation within a year, would result in the case being considered abandoned.

“We’re very disappointed,” said Deepa Alagesan, an attorney for IRAP. The organization is still mulling its response to the government proposal.

The government declined to comment “due to ongoing litigation,” said Alexei Woltomist, a spokesman for the Justice Department in an email responding to a Stars and Stripes inquiry Monday.