US, Philippines will ramp up bilateral war games in 2018, official says 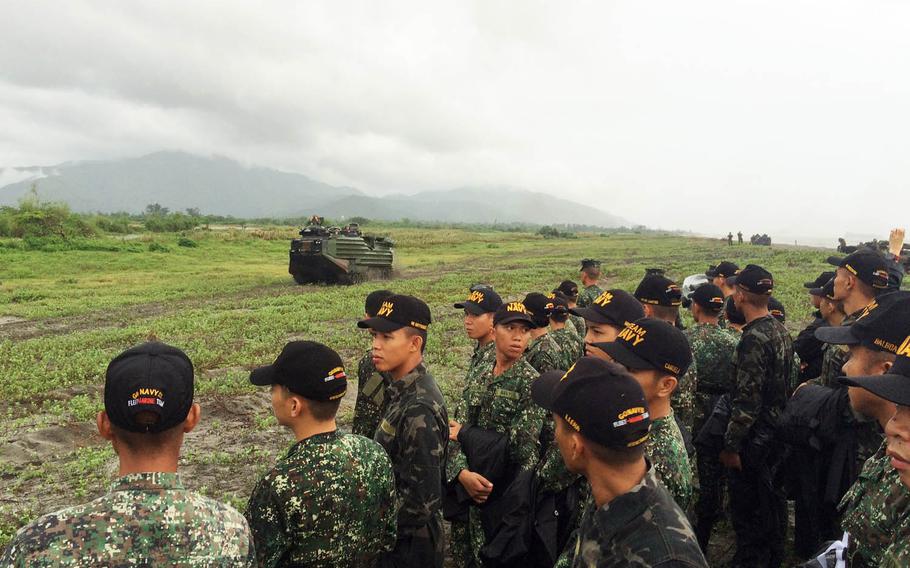 America and the Philippines will return to regular war games starting next year, the chief of the Philippine military announced Thursday while hailing the U.S. as his country’s “number one ally.”

Military exercises between the nations have been scaled back since last year, when President Rodrigo Duterte called for an end to the drills and the departure of U.S. Special Forces.

Relations cooled after American officials criticized Duterte’s war on drugs. The Filipino strongman also called then-President Barack Obama a “son of a whore” and vowed to seek closer ties with China and Russia.

However, U.S. help for government troops battling Islamic militants in the southern city of Marawi and an end to public criticism of the Philippines by U.S. officials this year may have been factors in the thaw.

Duterte said last week that the dispute is now “water under the bridge” and promised to be “friendly” to the U.S.

After returning from a trip to America this week, Gen. Eduardo Ano — chief of staff for the Armed Forces of the Philippines — said the nations had agreed to increase bilateral military exercises in 2018, the Philippine Daily Inquirer reported.

“The president said: ‘I want to be friendlier to the U.S.’ So we have a closer relationship and more exercises,” Ano told reporters in Manila after meeting with Pacific Command chief Adm. Harry Harris in Hawaii, according to Agence France-Presse.

“[Duterte] said to continue engagement with the United States,” Ano said. “They are still our number one ally.”

This week, 900 U.S. and Filipino troops are participating in Kamandag, a counterterrorism and disaster-response exercise that replaced the larger annual PHIBLEX amphibious landing drills.

Marine 2nd Lt. John Doherty said in an email that Kamandag involves a beach landing at Naval Education and Training Command on Luzon — the same place where amphibious landings happened during PHIBLEX.

“Marine Corps AAVs will be boarding and launching from a Philippine amphibious ship for the first time,” he said. “This is a testament to our longstanding commitment and cooperation [and] another tangible way in which our deep bilateral security ties have benefitted the Philippine people, including the progress we have made collectively in supporting maritime security efforts, and our collaboration on counterterrorism to address the shared threat.”

Ano said next year’s exercises with the U.S. would involve territorial defense, the Inquirer reported.