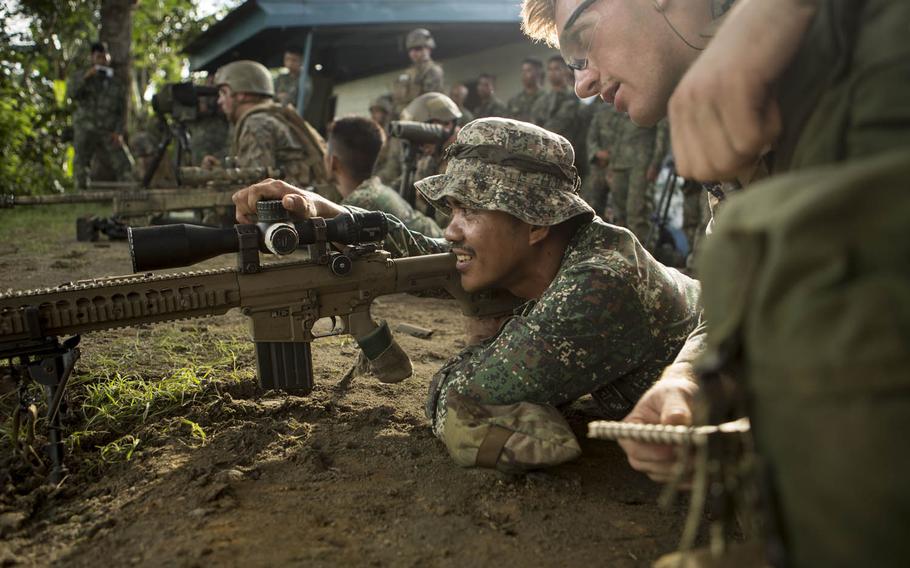 The U.S. and the Philippines have canceled next year’s PHIBLEX amphibious landing exercise — a move that has been in the cards since President Rodrigo Duterte called for an end to the maneuvers in September.

“In 2017, PHIBLEX will not be executed,” Marine Capt. Rachel Nolan, a liaison officer at the U.S. Embassy in Manila said in an email Monday.

However, the October exercise was conducted under a cloud after Duterte made negative comments about the U.S. soon after taking office in June.

With a reputation as a tough-talking maverick, Duterte has generated public admiration for bluntly — and often profanely — telling the U.S. and other world powers to butt out of his brutal war on drugs while leaving his spokesman and Cabinet ministers to clean up the mess.

In September, he called for U.S. special operators assisting in the archipelago’s fight against Islamic extremists to leave Mindanao island, and said he won’t allow his navy to conduct joint patrols with foreign powers near the South China Sea, apparently scrapping an agreement his predecessor reached with the U.S.

Philippine Defense Secretary Delfin Lorenzana now says the country will not allow its territory to be used as a staging ground for U.S. patrols, according to The Associated Press.

U.S. ships and planes can use Guam or Okinawa for South China Sea missions. Lorenzana said they will be allowed to refuel and resupply in the Philippines after conducting such maneuvers, but not before, AP reported.

There will still be bilateral training involving the two militaries next year, Nolan said.

“We reached a mutually agreed-upon plan for 2017, which ensures that U.S.-Philippine military training activities and engagement remain robust and substantial,” she said.

Many of the past training activities, including Balikatan, will continue in 2017 and focus on Philippine military priorities and areas of mutual interest such as humanitarian assistance and disaster relief, cybersecurity, maritime security and counterterrorism, Nolan said.

Instead of PHIBLEX, the forces will conduct training focused on amphibious operations in response to humanitarian crisis and disaster relief, she said.

“We will continue to consult, as we always have, with our Filipino partners to appropriately tailor our cooperation,” she said.

The cancellation of PHIBLEX is a surprise, said Ralph Cossa, president of the Pacific Forum think tank in Hawaii.

“I had been hearing that it was going to be business as usual and that exercises would continue,” he said.

However, Cossa said he doesn’t think the chill between the longtime Pacific allies will last.

The Philippines and China, along with several other Southeast Asian nations, are at odds over disputed territory in the South China Sea.

Duterte has signaled that he’s open to bilateral negotiations with China and hasn’t pressured Beijing to comply with a ruling in his country’s favor from an international tribunal based in The Hague.

“Duterte is playing footsy with the Chinese,” Cossa said. “My guess is that within a year he will be calling Xi Jinping a son of a whore,” he said, adding that China will probably not make the sort of concessions that the Philippines is looking for in the South China Sea.