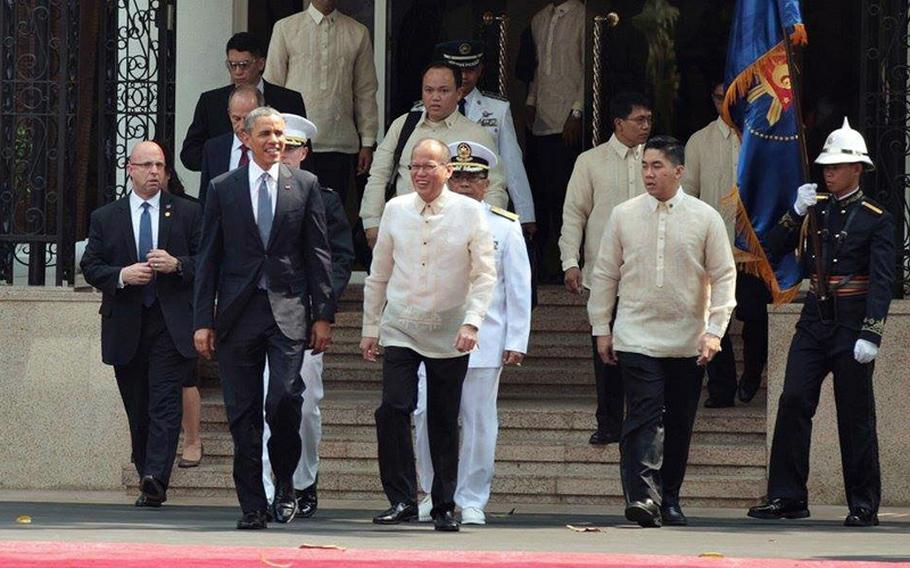 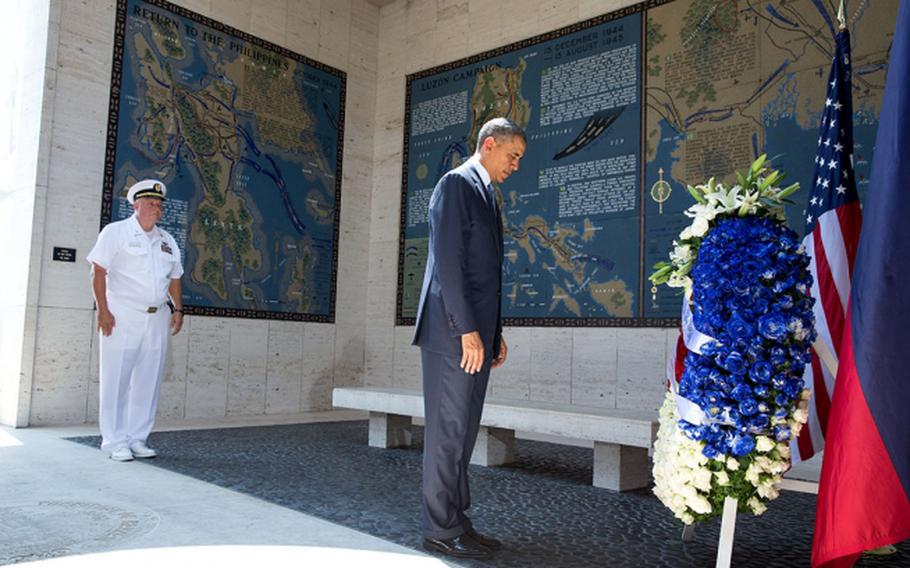 TOKYO — Although President Barack Obama went to great pains to state that a new defense agreement with the Philippines wasn’t about countering China, it’s unclear if he was able to pull off the balancing act.

Obama encouraged China’s “peaceful rise” and emphasized partnership with Beijing while speaking Monday in Manila during the introduction of the Enhanced Defense Cooperation Agreement, a framework accord which will likely mean rotational deployments of U.S. troops, ships and aircraft squadrons to Philippine bases.

During the same speech, Obama noted that the United States doesn’t “go around sending ships and threatening folks” when it has territorial disputes — a jab at China’s tactics over heated standoffs with the Philippines, Malaysia, Vietnam, Japan and others in the region.

It is true that there are other reasons for the Philippine defense agreement besides China. For instance, it allows the U.S. to pre-position supplies for disaster relief missions, and the Philippines is prone to typhoons, volcanoes and earthquakes. The U.S. led a major international assistance operation there late last year after one of the most massive typhoons on record cut a large swath across the country.

However, the Philippines hasn’t completely flipped from kicking the United States military out of the country in the ’90s to welcoming them on Philippine-controlled bases now just to make humanitarian assistance a little easier.

“I think [China] is the single biggest reason,” said Aileen Baviera, a professor specializing in China and regional security issues at University of the Philippines, Diliman. “If you remove the China situation, there would be very little to justify the agreement.”

Philippine President Benigno Aquino III came into office in 2010 with generally positive feelings toward China, but his relations with Beijing quickly soured over China’s territorial claims. Beijing has attempted to regulate “foreign” fishing in the South China Sea.

China claims most of the area based on what it deems as historical discovery.

Its quasi-military ships engaged with Philippine vessels over disputed islands and tried to block the resupply of a Philippine military unit stationed on a WWII-era, rusting hull at Second Thomas Shoal, a disputed isle about 120 miles off the Philippine coast.

The Philippine military is no match for China’s forces — its flagship is a retired U.S. Coast Guard cutter. However, a U.S. military presence, combined with agreements from other allies and increased spending on its own forces, goes a long way toward giving the Philippines a “long overdue” minimum capability to protect its borders, Baviera said.

Meanwhile, Washington’s priorities are to keep the status quo from changing through the use of force, thereby protecting U.S. navigation and lucrative trade routes throughout the region. Closer security ties with the Philippines and Southeast Asia help deter Chinese aggression, according to various U.S. defense analysts.

If that’s the case, why would Obama state that an agreement to share Philippine bases isn’t about countering China? Because the U.S. must avoid provoking China, where it has deep economic links and partnerships on so many issues beyond the South China Sea.

At the same time, Obama wants to reassure the Philippines and neighboring nations that are wary of Chinese might, said Renato Cruz De Castro, professor of international studies at La Salle University in the Philippines.

The new U.S.-Philippine defense agreement doesn’t specify anything about U.S. troop numbers or locations. Nor does it say anything about what equipment can be based in the Philippines, other than to ban nuclear weapons.

A U.S.-Japan joint statement issued following Obama’s visit last week said that each nation was aware that they were collaborating to assist Southeast Asian nations in building “maritime domain awareness.”

Navy officials have stated that the new littoral combat ship was a good fit for the shallow waters of the South China Sea, and have already sent one on deployment to Singapore.

The Air Force would likely have a role in any heavy-lift mission and could be called upon if the Philippines purchases it first jet fighters, as planned.

Meanwhile, the Army is developing a 700-soldier unit under its Pacific Pathways program, which officials have talked about using to train foreign allies. The U.S. has been providing counterterrorism training to the Philippine military since 2002 to help quell al-Qaida-linked Islamic extremists in the country’s south, a low-key model that it has since employed in Indonesia.

Former U.S. bases at Subic Bay and the Clark Freeport Zone would be natural locations for U.S. rotations. A naval base at Oyster Bay in Palawan was earmarked last year for upgrades exceeding the Philippine Navy’s current needs. It’s also about 100 miles from the Spratly Islands, which China claims.

Thus far, China’s response to the Philippine agreement has been to reserve judgment until more concrete details arise.

“President Obama and other U.S. officials have said on multiple occasions that the U.S. has no intention of containing China,” Chinese foreign ministry spokesman Qin Gang told reporters recently in response to the U.S.-Philippine agreement signing. “As to whether it is a way of containing China, it depends on what the U.S. says and does.”