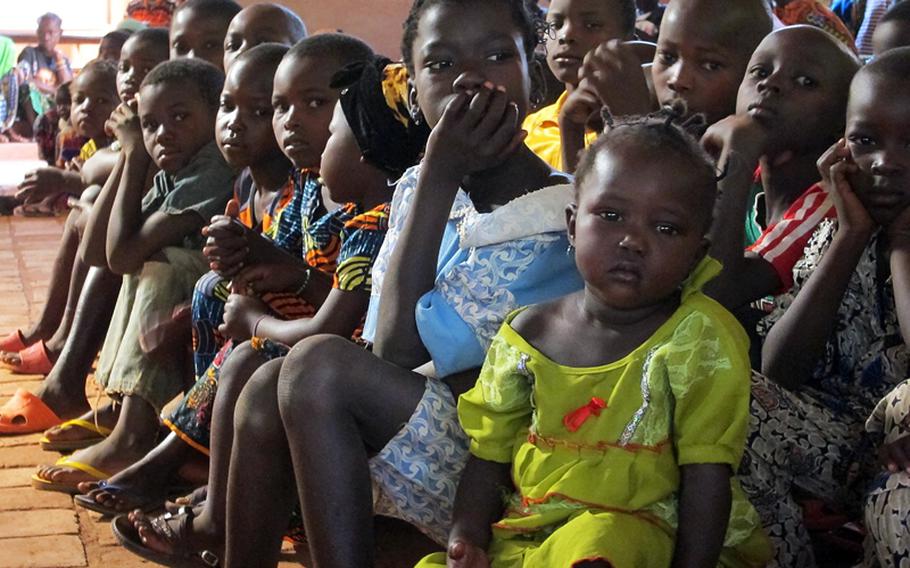 STUTTGART, Germany &mdash; Four months after U.S. special operations forces deployed to central Africa as part of a multinational hunt for the Lord&rsquo;s Resistance Army and its elusive leader, Joseph Kony, attacks by the group are down and defections are up as pressure on the Ugandan rebel group mounts, according to senior U.S. military and diplomatic officials.

U.S. officials say the roughly 100 U.S. troops, who are deployed to several small military camps in four countries, are there to support regional militaries in areas such as training, intelligence gathering and assist in developing operational plans. Those efforts have already increased pressure on the rebels, Losey said.

&ldquo;We do not have a specific time line with this mission, nor is it open-ended,&rdquo; said Losey.

Losey, and Karl Wycoff, deputy assistant secretary of state for African affairs, told reporters during a conference call that the deployment of U.S. special operators is part of an evolving strategy aimed at helping regional militaries in Uganda, the Democratic Republic of the Congo, South Sudan and the Central African Republic dismantle the LRA.

On Tuesday, the Washington-based advocacy group Resolve released a report assessing the Obama administration&rsquo;s efforts against the LRA. The group said the U.S. should invest more in early warning systems for civilians, apply more diplomatic pressure aimed at encouraging closer cooperation among the countries where the LRA operates and deploy helicopters to the region so African militaries can respond more rapidly to reported LRA attacks.

Wycoff said the U.S. has begun to address some of those concerns, including funding high-frequency radios and cell phone towers to help communities report threats in the Bas- and Haut-Uele districts in the DRC. Wycoff also said a U.S.-trained Congolese battalion has made some contributions in the multinational counter-LRA effort.

For more than two decades, the LRA has murdered, raped and kidnapped tens of thousands of people, including children, according to U.S. officials.

&ldquo;One of the sad realities of this situation is that perpetrators of atrocities are victims themselves,&rdquo; Wycoff said.

In recent years, the LRA has shrunk to about 200 fighters &mdash; down from about 10,000 in the 1990s &mdash; who operate in rugged terrain along the border regions of South Sudan, the DRC and the Central Africa Republic. It&rsquo;s virtually roadless terrain roughly the size of California, which makes the group hard to track, Losey said.

&ldquo;We&rsquo;re quite mindful this doesn&rsquo;t mean the LRA&rsquo;s capacity to wreak havoc has diminished,&rdquo; he said.

Critics say there are still problems getting regional militaries to coordinate their efforts. Losey said there has been significant progress in how Uganda and the other nations in the area work together. &ldquo;I think it&rsquo;s important we maintain that pressure,&rdquo; Losey said.