US nuclear powered sub makes port stop at UK base 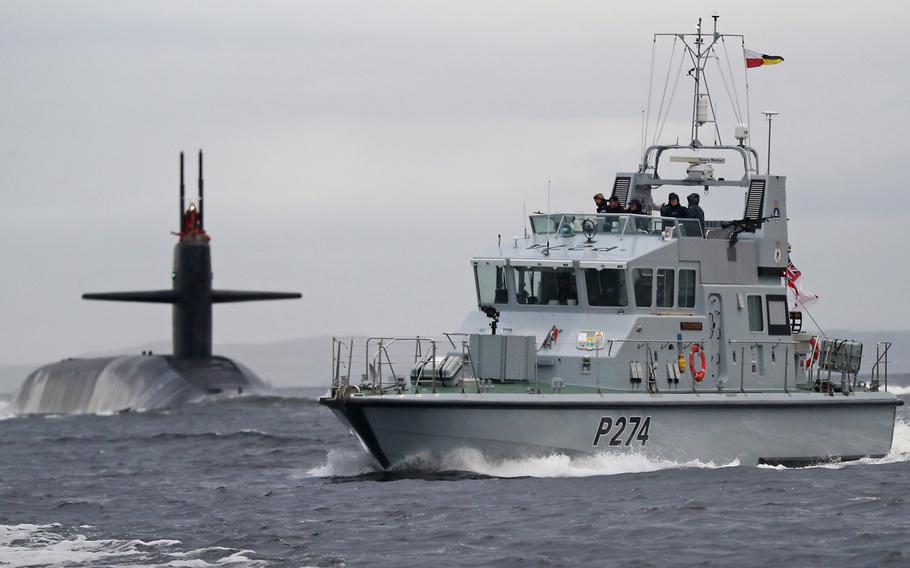 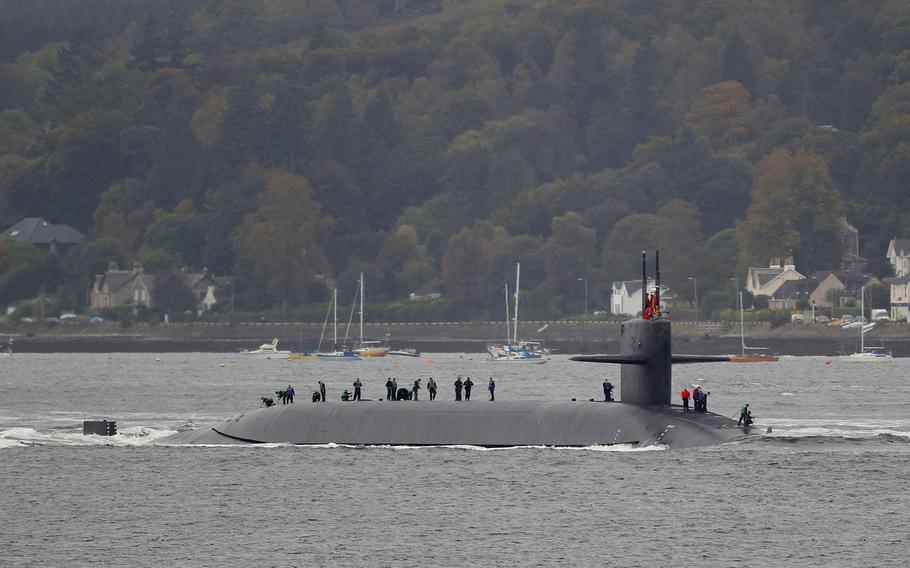 Crewmembers are seen aboard the submarine USS Tennessee as it enters Scotland's Faslane naval base Friday, Oct. 7, 2016. (Stephen Burke/Royal Navy) The USS Tennessee, a nuclear-powered ballistic missile submarine, arrived Friday in Scotland for a port visit, the first to the United Kingdom’s Faslane naval base in a year, U.S. Strategic Command said.

The arrival of the Tennessee, part of the U.S. nuclear arsenal, demonstrates U.S. security commitment to NATO allies.

“The Navy’s nuclear-powered ballistic missile submarines support our nation’s ability to maintain a strong, credible strategic force and enhance and provide for the security and stability of our regional allies,” said Adm. Cecil D. Haney, U.S. Strategic Command commander, in a release. “This visit highlights our special relationship with the U.K., and complements the many exercises, training, operations, and other military cooperation activities conducted between our two nations.

The visit also will provide a respite for the USS Tennessee crew, “who work 24 hours a day, seven days a week, deterring strategic threats to our collective security,” Haney said.

Submarines like the USS Tennessee patrol continuously, according to STRATCOM, which manages a range of efforts including U.S. strategic nuclear deterrence.

The visit of the Tennessee follows the September 2015 port visit at Faslane of the USS Wyoming.

The deployment comes at a time when U.S. military officials have expressed concern about a greater presence of Russian submarines operating around European waters.

In particular, an area of focus for U.S. European Command has been Russia’s increased underwater activity around the so-called Giuk gap, an area around Greenland, Iceland and the United Kingdom, where Russian submarines have been a more common presence. EUCOM has sought more naval assets to counter Russian activities.