US, North Korea in talks to arrange a third nuclear summit, Moon says 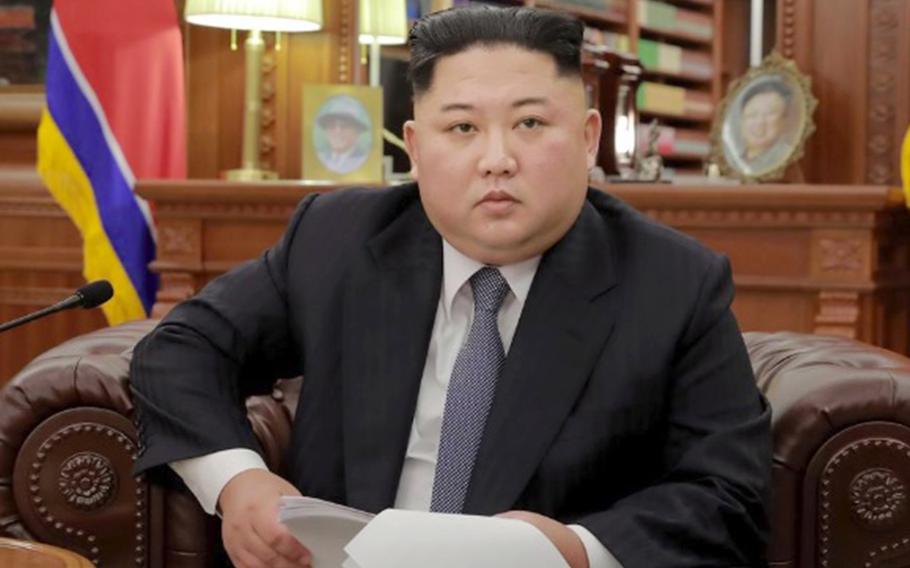 Moon’s comments, made Tuesday in a joint written interview with seven news agencies, came ahead of a two-day visit by President Donald Trump to Seoul beginning Saturday.

Trump will meet with Moon on Sunday to discuss stalled efforts to persuade the North to abandon its nuclear weapons.

He also is widely expected to try to travel to the heavily fortified border that divides the peninsula, but U.S. officials have dismissed speculation that a meeting with North Korean leader Kim Jong Un may also be in the works.

Moon acknowledged the breakdown of official dialogue between Washington and Pyongyang since the second summit between Trump and Kim ended without agreement in February.

But he reiterated his frequently stated stance that the summit in Hanoi, Vietnam, wasn’t a failure because it increased the understanding of the positions of each side.

Moon pointed to a recent exchange of letters between Trump and Kim, saying their “willingness to engage in dialogue has never faded,” according to a transcript provided by his office on Wednesday.

Moon, who has staked his legacy on forging peace with the North, also said that Washington and Pyongyang have discussed arrangements for a possible third summit although he didn’t provide details.

“It’s noteworthy that the behind-the-scenes talks have been preceded by the mutual understanding of each other’s position gained through the Hanoi summit,” he said, insisting the peace process was “still making steady progress.”

“The resumption of negotiations between North Korea and the United States will take it to the next level,” he said. “I believe everything has now fallen into place for that to happen.”

Both Trump and Kim have said they’d be willing to meet again, but neither side has given any public indication that they’ve been able to bridge the gap that was exposed in Hanoi.

North Korea offered a fresh reminder of its bottom line on Wednesday, insisting it won’t “surrender” to U.S.-led sanctions imposed over its nuclear weapons program.

The state-run Korean Central News Agency posted a foreign ministry statement accusing Washington of trying “to bring us to our knees” with economic pressure.

Trump plans to travel to South Korea this weekend following an appearance at the Group of 20 meeting of rich and developing nations in Japan.

The president said Kim wrote to him on his birthday and he responded.

“He wrote me a beautiful letter on my birthday … I thought it was very nice and just two friendly letters. We get along very well,” he told reporters in the Oval Office.

When asked if there was a mention of a meeting, Trump said: “Maybe there was, but we said sometime we’ll do that.”

The KCNA report was careful not to criticize Trump but singled out recent U.S. governmental reports criticizing the communist state over its use of forced labor and lack of religious freedom.

The foreign ministry also denounced Secretary of State Mike Pompeo for saying recently that more than 80% of the North Korean economy was under sanctions.

Pompeo “let loose a sophistry as if the sanctions are rendering the bilateral talks possible,” an unnamed ministry spokesperson was quoted as saying in the report.

“All these speak clearly to the fact that the wild dream of the U.S. to bring us to our knees by means of sanctions and pressure has not changed at all but grows even more undisguised,” KCNA said.

“Our state is not a country that will surrender to the U.S. sanctions, nor are we a country which the U.S. could attack whenever it desires to do so,” it added. “If anyone dares to trample over our sovereignty and the right to existence, we will not hesitate to pull a muscle-flexing trigger in order to defend ourselves.”