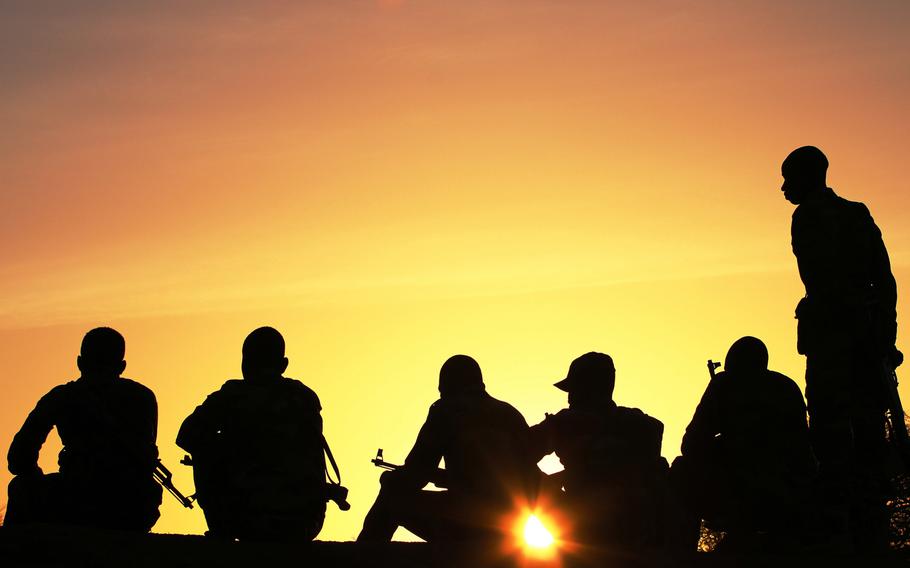 STUTTGART, Germany — U.S. forces and partner troops killed 11 Islamic State militants in Niger during a firefight that occurred two months after a deadly ambush, as part of a mission that is only now is coming to light.

U.S. Africa Command confirmed Thursday that U.S. troops and Niger government forces were on a Dec. 6 mission in the country’s Lake Chad Basin region when they came under fire from “a formation of violent extremists.”

“The purpose of this mission was to set the conditions for future partner-led operations against violent extremist organizations in the region, and based on currently available information, we assessed this attack was launched by ISIS-West Africa,” AFRICOM spokeswoman Samantha Reho said in a statement.

No U.S. or Nigerien forces were killed or injured in the attack, which included the deaths of two enemy fighters who wore suicide vests. A weapons cache also was destroyed during the mission, Reho said.

The fight came to light after the New York Times recently obtained a government document that made vague reference to the attack and the need for U.S. troops to defend themselves.

U.S. special operations forces have been operating in Niger and western Africa for years, away from the public eye and scrutiny, but not without risks.

Shortly after the Oct. 4 ambush that killed four U.S. soldiers, the former head of special operations missions in Africa told Stars and Stripes that there had been numerous firefights in Niger during his time in command.

“It is dangerous. Our guys are operating in areas very similar in environment to Afghanistan, Iraq and Syria, but not with the same kinds of authorities and resources,” said Donald Bolduc, a retired brigadier general who commanded special operations forces in Africa until June.

In recognition of the risks facing servicemembers, the Pentagon earlier this month added Niger to the list of countries where U.S. troops will receive imminent danger pay while deployed.

While past violence escaped public scrutiny, the October ambush has put a spotlight on AFRICOM’s operations in Niger, where there are roughly 800 troops deployed. Many of those servicemembers are helping build a new drone base in Niger. Others are special operations troops who conduct joint patrols with Nigerien soldiers involved in a battle against various militant groups.

In Niger’s southeast, the Boko Haram group carries out cross border attacks. However, AFRICOM now says ISIS West Africa poses a larger danger across the region. The ISIS affiliate, made up of former Boko Haram fighters, broke away from its parent group in 2016.

Still, there are questions about how much of a threat such organizations pose to the U.S. While such groups are hostile to the West, their grievances and ambitions tend to be local.

Waldhauser acknowledged extremists in places like Niger aren’t an imminent danger to the U.S., but said that could change.

“At the present time they do not have the capability to conduct operations in the United States, but they certainly aspire to do that,” Waldhauser said. “We are trying to prevent something from happening before it does.”

During the most recent December firefight in Niger, U.S. forces were operating within the scope of approved authorities.

“There was no aspect of this mission focused on pursuing enemy militants, and the combined force was postured to respond as necessary in case contact with the enemy occurred,” Reho said. “With that said, our forces do operate in unstable areas and are occasionally exposed to danger from enemy forces. When such a situation occurs, our personnel are authorized to respond to threats and violence appropriately.”