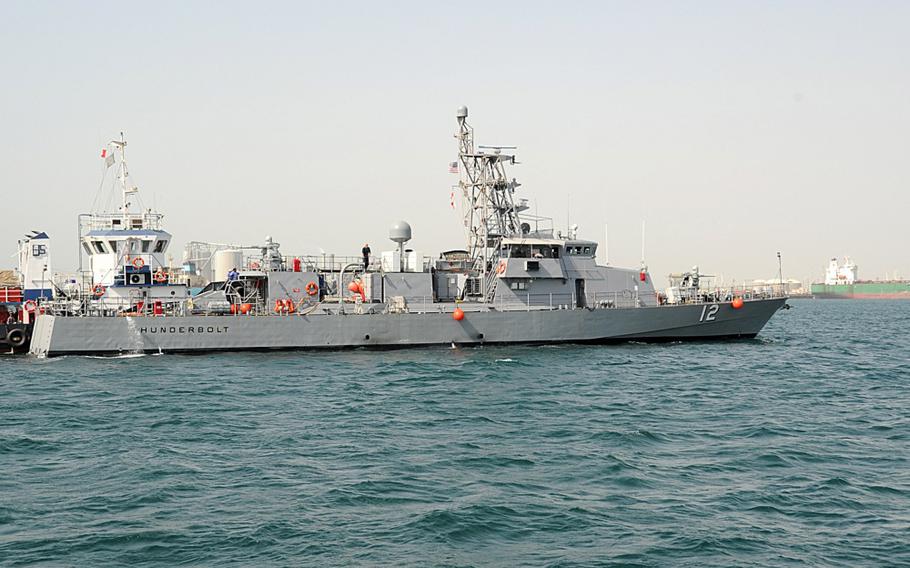 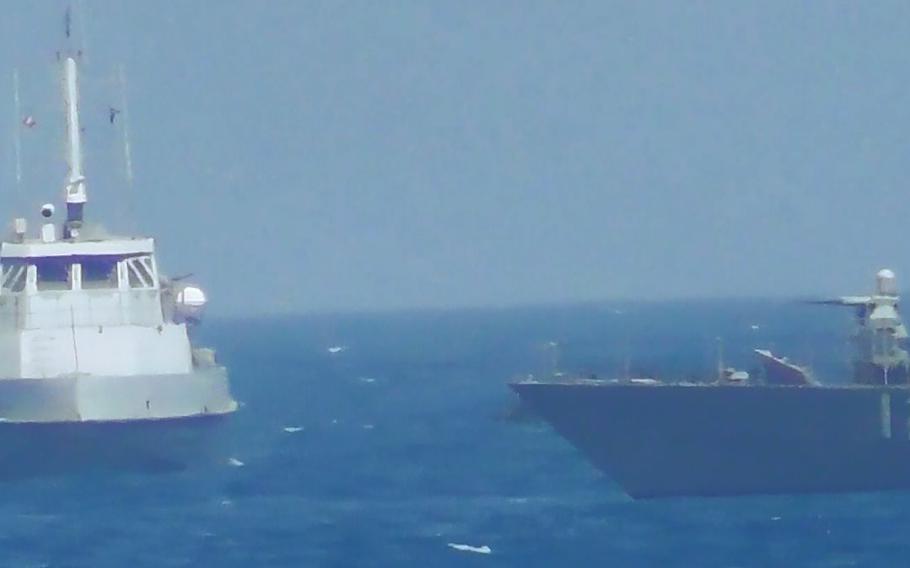 An Islamic Revolutionary Guard Corps naval vessel made a close approach to the USS Thunderbolt, getting within 150 yards, according to the U.S. Navy. After attempts to establish radio communications, the Thunderbolt fired warning flares, blasted the ship's whistle and eventually fired warning shots in front of the Iranian boat. (U.S. Navy)

WASHINGTON — A Navy warship in the northern Persian Gulf fired warning shots near an Iranian military vessel Tuesday as the boat approached the U.S. patrol ship at a high rate of speed, defense officials said.

An Iranian Revolutionary Guard Corps boat came within about 150 yards of the USS Thunderbolt, a Cyclone-class patrol ship, before sailors fired multiple warning shots into the water near it, said a defense official who spoke on condition of anonymity. The Iranian boat ceased advancing toward the American ship once the shots were fired.

The Thunderbolt made several attempts to contact the Iranian vessel by radio and shot warning flares into the air before opening fire, another defense official said. The boat ignored all communication attempts until shots were fired.

The Bahrain-based Thunderbolt was conducting a routine training exercise alongside other American ships in the Persian Gulf when the Iranian vessels approached, the officials said.

Tuesday was the second time this year that a U.S. Navy warship was forced to fire warning shots to fend off an approaching Iranian boat.

In January, the USS Mahon fired three warning shots from a .50-caliber machine gun near four Iranian Revolutionary Guard Corps vessels as they approached the American guided-missile destroyer at a high rate of speed and ignored radio calls and visual warning signs. That incident occurred in the southern Persian Gulf, near the Strait of Hormuz. The Pentagon deemed the interaction “unsafe and unprofessional.”