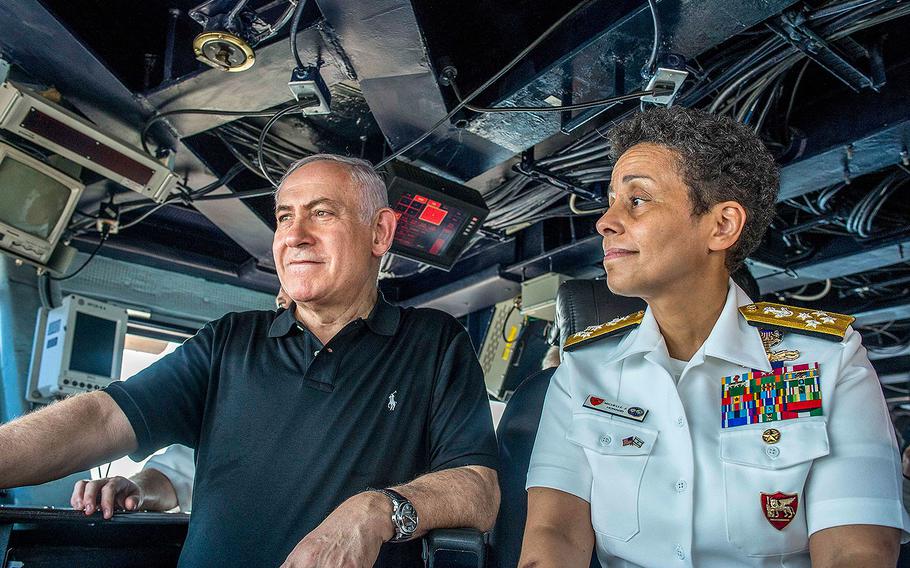 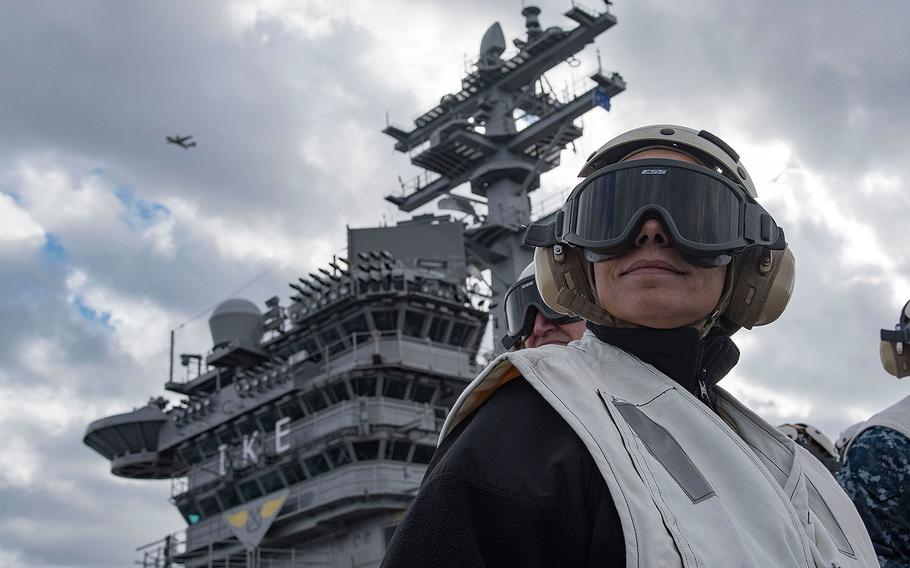 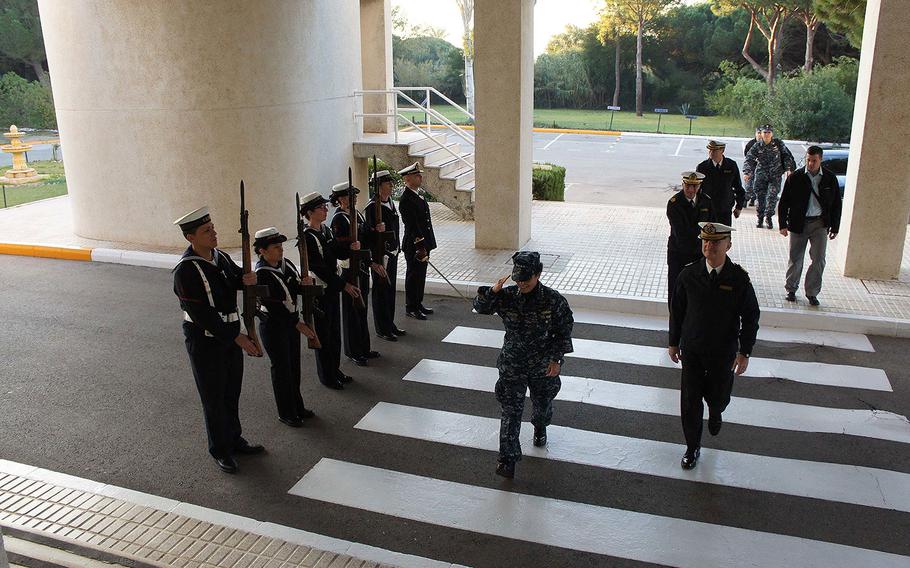 Commander, U.S. Naval Forces Europe-Africa, Adm. Michelle Howard, is rendered honors as she arrives at the Spanish Headquarters building during her visit to Naval Station Rota on Dec. 21, 2016. (U.S. Navy) 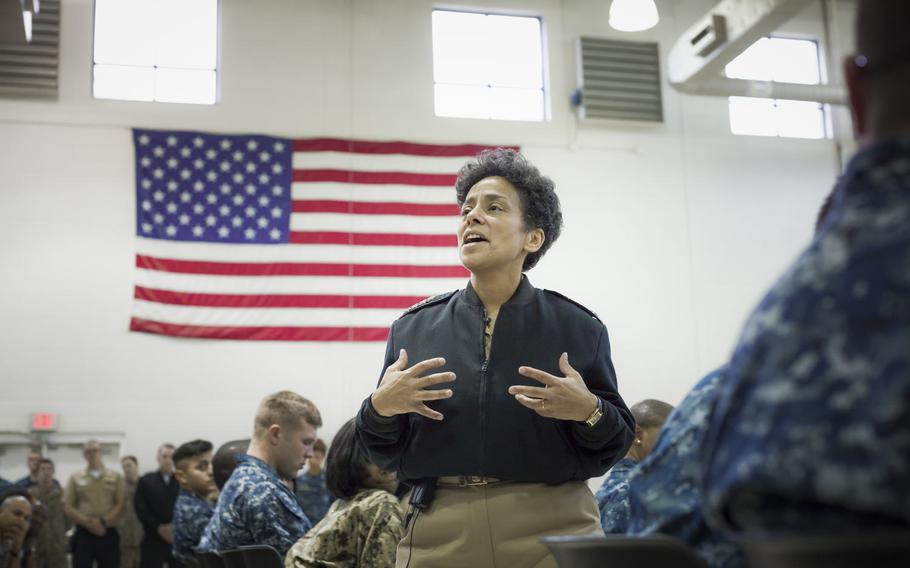 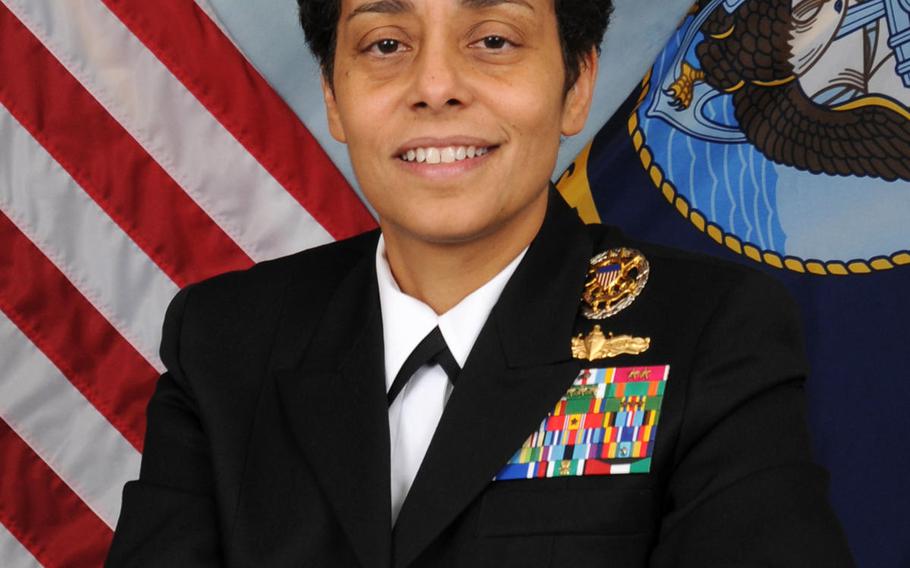 Naval Forces Europe-Africa has announced that commander Adm. Michelle Howard plans to retire by January 2018. Howard is the first woman to attain a four-star rank in the U.S. Navy. (U.S. NAVY)

NAPLES, Italy — Adm. Michelle Howard, the first woman to become a four-star admiral, will end her groundbreaking Navy career when she retires by January.

Howard, 57, will relinquish command of U.S. Naval Forces Europe-Africa and Allied Joint Force Command Naples to Vice Adm. James Foggo, who will be promoted to admiral when he takes over on Oct. 20.

Capt. Pam Kunze, Naval Forces Europe spokeswoman, said Howard will retire but could give no specific date nor any information on Howard’s post-Navy plans.

Howard, who declined to comment, has commanded naval forces in Europe and Africa since June 2016. Her 35-year naval career is marked by firsts.

She was the first black woman to achieve two-star admiral rank, as well as the first female graduate of the U.S. Naval Academy promoted to flag officer.

In 1999, Howard was the first African-American woman to command a U.S. naval warship when she took the helm of the USS Rushmore, a dock landing vessel.

Howard planned the 2009 mission to rescue Capt. Richard Phillips from Somali pirates who had seized his cargo ship at the Gulf of Aden. The hijacking and rescue were depicted in the 2013 film “Captain Phillips.”

Howard has talked about the discrimination she and other women have faced in the military.

Early in her career, a group of female officers on an aircraft carrier asked her to confront a new captain for acting chauvinistic toward them, Howard told an audience in March at an International Women’s Day event at Allied JFC Naples.

Howard feared that calling out a superior for sexism in the 1980s, when women were just beginning to move up the military ranks, could be career suicide. But she confronted him.

At first he was defensive, then he agreed to bring aboard a team to train the crew and himself, she said.