US Navy joins China, other nations for Komodo sea exercise in Indonesia 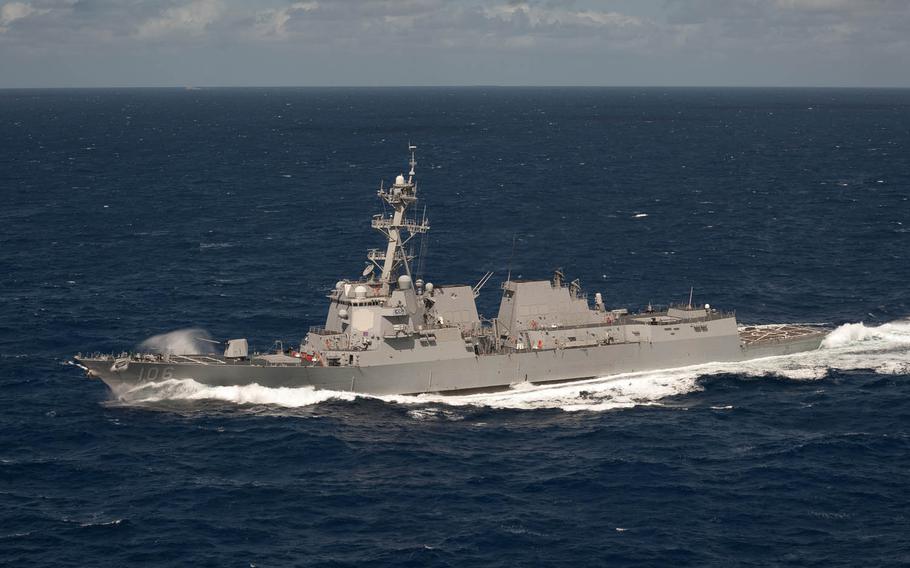 The USS Stockdale transits the western Pacific in early 2013. The guided-missile destroyer is in Indonesia for Multilateral Naval Exercise Komodo 2016. (David Hooper/U.S. Navy)

The U.S. and China are among 35 world navies gathered in Indonesia for sea exercises and talks aimed at promoting stability amid regional tensions over territory and freedom of navigation.

Multilateral Naval Exercise Komodo continues with a second gathering after its launch in 2014.

The port and sea training coincide with the 15th Western Pacific Naval Symposium, a dialog that produced the Code for Unplanned Encounters at Sea, or CUES, between the U.S. and Chinese navies two years ago.

CUES has been praised by both navies as instrumental in preventing conflict between U.S. ships navigating through what the majority of nations consider waters open to innocent passage and navigation under international law.

China maintains an ambiguous claim to about 90 percent of the South China Sea and has often shadowed U.S. ships in those waters. Beijing maintains it has the authority to regulate overflight and navigation over much of the area, which includes territory claimed by several other nations.

Some U.S. officials have advocated extending a similar protocol to “white-hulled ships,” the catch-all for coast guard, paramilitary and armed vessels that aren’t painted navy gray.

“But I have a greater fear that some of these others, Coast Guard — what we refer to as “white shipping” — cabbage ships [local cargo ships], I’m not sure about their professionalism. I think that having a code of conduct to cover that would be a good thing. That definitely is a concern of mine.”

China’s coast guard and ships from Japan, Vietnam, the Philippines, and others have engaged in repeated standoffs over territorial disputes in the South and East China seas.

Both the exercise and the symposium are headquartered in Padang, capital of West Sumatra.