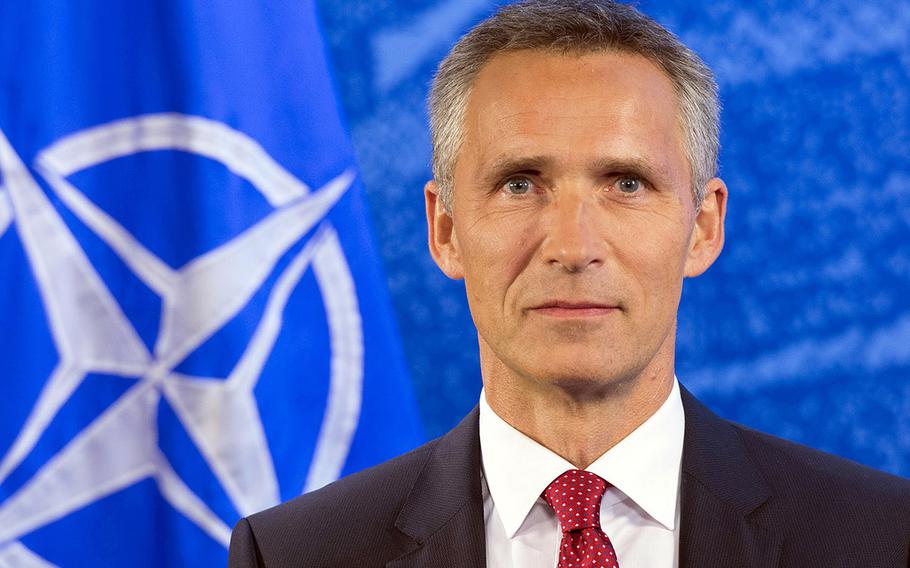 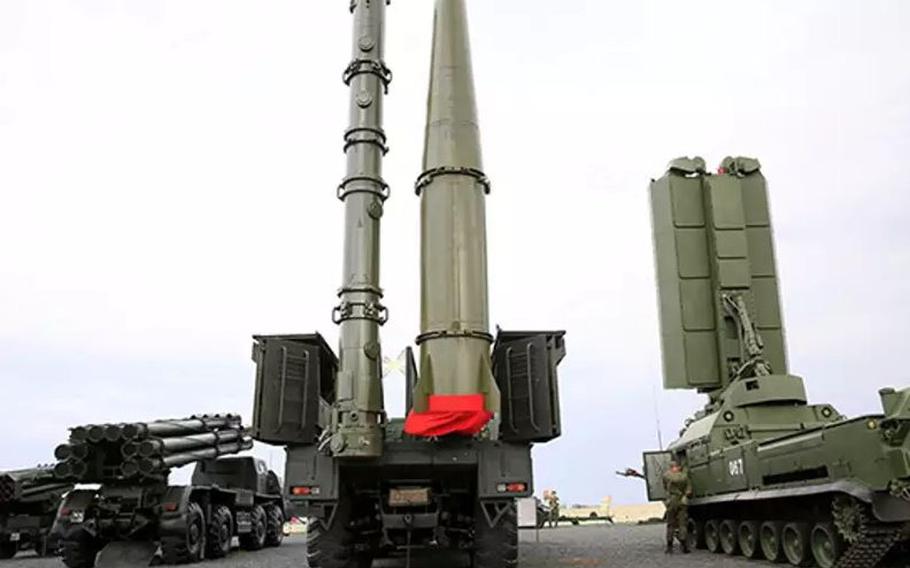 Russia must halt development of a nuclear-capable missile system or the U.S. will be forced to develop new weapon systems to counter the threat, the U.S. ambassador to NATO said Tuesday.

“It is time now for Russia to come to the table and stop the violations that we know they are making,” U.S. Ambassador Kay Bailey Hutchison told reporters in Brussels, according to an official transcript, on the eve of a meeting between Defense Secretary Jim Mattis and his NATO counterparts.

She said that if the system became “capable of delivering,” the U.S. “would then be looking at the capability to take out a missile that could hit any of our countries in Europe and hit America in Alaska.” Hutchison later clarified her comments with a follow up tweet, saying "I was not talking about preemptively striking Russia" and that Moscow "needs to return to INF Treaty compliance or we will need to match its capabilities to protect US & NATO interests."

In Moscow, officials seized on Hutchison's initial comments, which were widely interpreted as threatening a U.S. preemptive attack should Russia continue to move forward with its new missile system.

"It seems that people who make such statements do not understand the degree of their responsibility and the danger of such aggressive rhetoric," foreign ministry spokeswoman Maria Zakharova told Russian media.

NATO Secretary-General Jens Stoltenberg said the new missile system is putting at risk the 31-year-old nuclear treaty between Washington and Moscow, which has long been regarded as a cornerstone of stability in Europe.

“We have looked into this intelligence and we are extremely concerned,” Stoltenberg told reporters at alliance headquarters in Brussels on Tuesday. “After years of denials, Russia recently acknowledged the existence of a new missile system, called 9M729.

“Russia has not provided any credible answers on this new missile. All allies agree that the most plausible assessment would be that Russia is in violation of the treaty.”

Stoltenberg declined to say where the missile system could be deployed, citing intelligence concerns.

Mattis said Tuesday that he will discuss the Russian missile system at the NATO meeting this week.

“I’m going to lay out the situation,” Mattis said during a news conference in Paris, according to The Associated Press. “I want their advice as I return to Washington, D.C.”

Russian officials have said for years that U.S. missile defense systems in Europe violate the treaty. However, U.S. officials have always maintained that its systems on the Continent are geared toward long-range missile threats from conflict areas such as the Middle East.

Hutchison said the U.S. doesn’t want to violate the treaty but that Russia could force its hand.

“There will come a point in the future in which America will determine that it has to move forward with a development phase that is not allowed by the treaty right now,” she said. “That’s not imminent, but we are laying down the markers so that our allies will help us bring Russia to the table.”

The new Russian missiles have an assessed range of up to 3,400 miles, according to the GlobalSecurity.org website. The INF treaty bans all missiles with a range between 310 and 3,400 miles.

In December, the U.S. first identified the 9M729 as an extended-range version of the Iskander-K, which has an estimated range of 230 miles.

While Russia has denied that the system violates the INF, NATO says the treaty is in jeopardy of unraveling.

“This treaty abolishes a whole category of weapons and is a crucial element of our security,” Stoltenberg said. “Now this treaty is in danger because of Russia’s actions.”