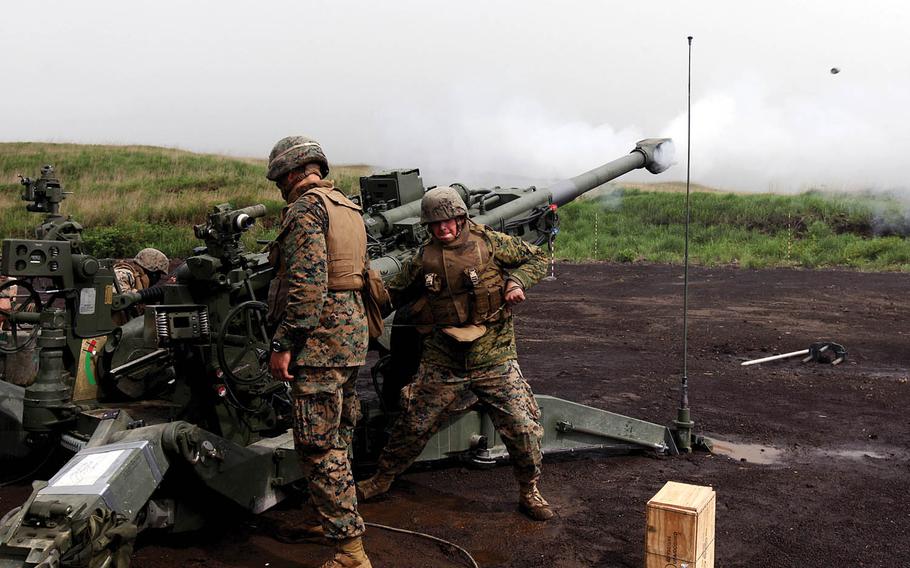 Fighter-jet and artillery training is moving off U.S. bases in Japan to ease the noise burden on surrounding communities.

The moves, stemming from agreements reached between the U.S. and Japan in the late 1990s, are planned each year.

Live-fire training that had been planned for Okinawa Marines in mid-May is moving to the Japan Self-Defense Force Ojojibara training area in Miyagi prefecture. That training — which involves a company of Marines, 60 vehicles and six howitzers — will run May 13-22. Artillery is scheduled for eight training days.

“The relocation of training sites is to improve interoperability and to mitigate noise impacts on communities surrounding military air bases including Kadena, a ministry statement said.