US Mint to release coin honoring 100th anniversary of WWI 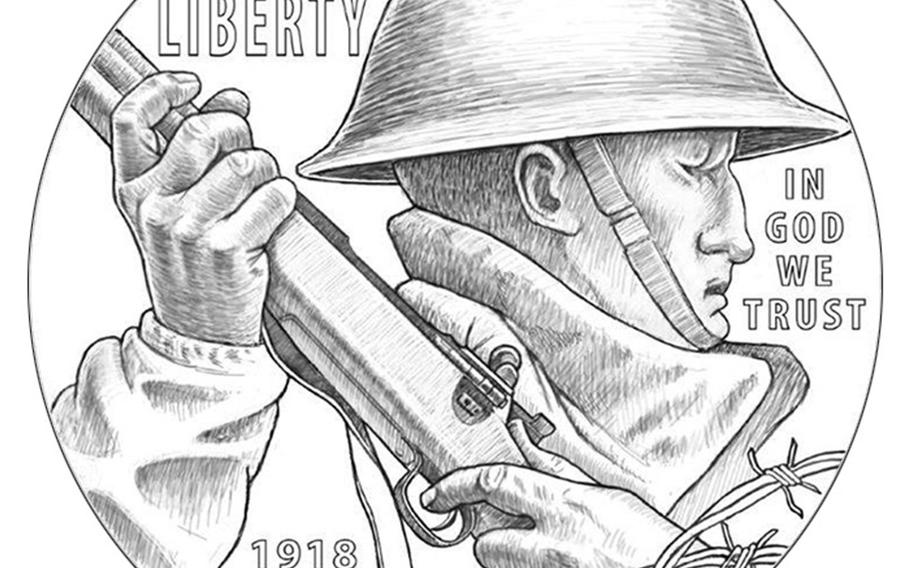 The obverse side of the World War I centennial silver dollar features a soldier gripping his rifle. (Courtesy of U.S. Mint)

The obverse side of the World War I centennial silver dollar features a soldier gripping his rifle. (Courtesy of U.S. Mint) 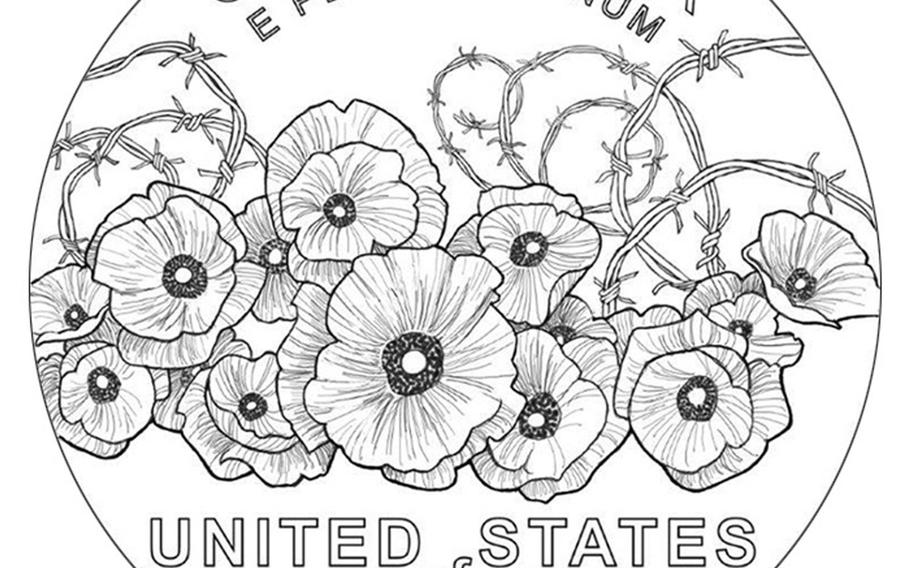 The reverse side of the World War I centennial silver dollar features poppies entangled in barbed wire. (Courtesy of U.S. Mint)

An American “doughboy” with a distinctive crooked nose will adorn a World War I Centennial Silver Dollar being released by the U.S. Mint to mark the 100th anniversary of the war’s end.

The design on the heads side of the coin, which goes on sale next year, is titled “Soldier’s Charge,” and depicts a stone-faced soldier gripping a rifle. Barbed wire twines in the lower right are a reminder of trench warfare.

“I wanted to make it instantly clear that this was a war coin,” said LeRoy Transfield, the New Zealand-born, Utah-based sculptor who created the design, during a telephone interview Tuesday.

The soldier is wearing the wide-brimmed helmet of the era and has a distinctive crooked nose.

“A lot of people were into boxing and played football without a face guard, so a lot of people had mashed-up noses then,” said Transfield, whose designs were selected from hundreds of entries in a nationwide contest. “I made him look like a hard-charging war winner, not some model in a studio.”

Transfield, a military-history buff who has sculpted several veterans memorials in Utah, has a personal link to World War I. His grandmother’s brother and cousin were “ANZACs” who served in France with the Australia and New Zealand Army Corps.

The tails side of the coin went through drastic changes during the design process. Transfield’s first thought was an eagle with a map of Europe in the background, but he rejected that in favor of a pigeon.

Homing pigeons were used extensively during the conflict and one even received a French medal for gallantry after delivering a message that saved 194 American troops from the “Lost Battalion.”

However, the artist wasn’t satisfied and eventually scrapped the pigeon design in favor of poppy flowers caught up in barbed wire. Poppies have been associated with the war since 1915, when the poem “In Flanders Fields” mentioned the flowers growing over soldiers’ graves.

“There’s a lot of symbolism in it,” Transfield said. “Having multiple poppies kind of represents that there was a lot of people who died in the war.”

The first copy of the coin will be minted next month. Up to 350,000 of the limited-edition coins will be made at the Philadelphia Mint, and a surcharge of $10 for each coin will go to the U.S. Foundation for the Commemoration of the World Wars.