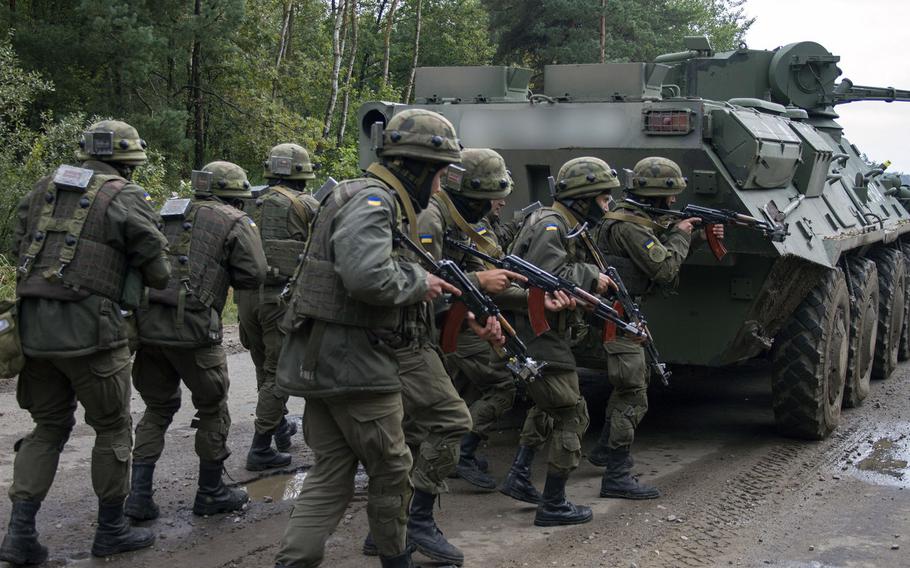 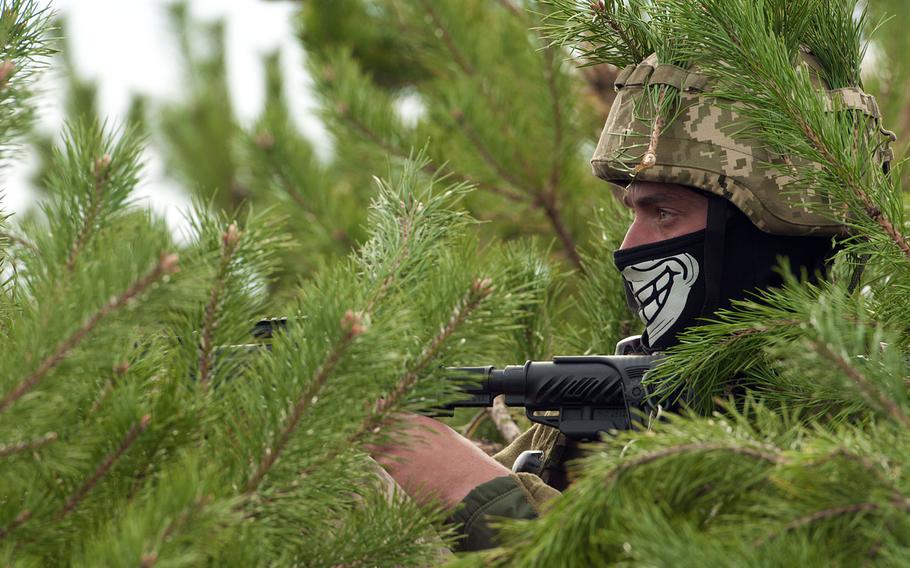 A Ukrainian soldier with the 1st Mechanized Battalion, 30th Mechanized Brigade scans his sectors of fire for potential ''enemy'' soldiers while conducting a field training exercise in Yavoriv, Ukraine, on Sept. 19, 2017, as part of the Rapid Trident exercise. (Justin Geiger/U.S. Army) 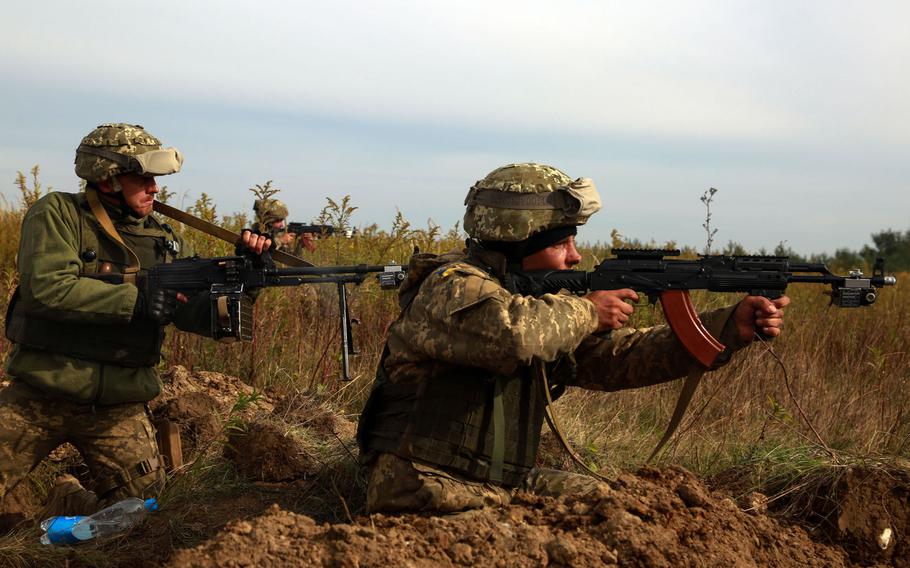 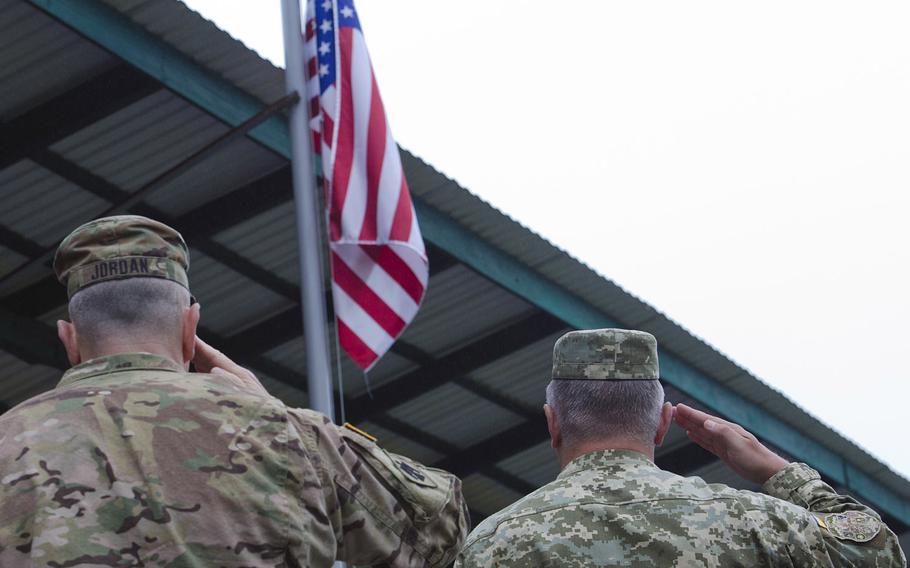 U.S. soldiers concluded training Friday with Ukrainian forces on tactics that local troops will use in their long-running battle against Russian-backed separatists in the country’s east.

Some 1,600 troops from 14 nations took part in the U.S. Army Europe-led Rapid Trident exercise, which served as a testing ground for a Ukrainian military going through a modernization overhaul.

“The training that we’re doing here … is applicable in any theater or situation they may deploy their forces in,” said Col. David Jordan, commander of the Joint Multinational Training Group-Ukraine. “The fact they’re taking on an exercise of this scale, while they’re modernizing their entire military structure and dealing with an active conflict on their eastern border is really quite impressive.”

The drills took place in western Ukraine’s International Peacekeeping Security Centre near Yavoriv, far from the fighting in the east.

For three years, Ukraine has fought separatists in a bloody conflict that persists, while an internationally negotiated cease-fire deal is routinely violated.

The U.S. Army has expanded its training in the country during that time, starting off with a program to develop the country’s national guard. That grew into working with regular forces deploying to Ukraine’s eastern front.

One of the challenges in training the Ukrainian soldiers was the difference between how they used their sergeants. The old Ukrainian military doctrine undermined much of the leadership that a non-commissioned officer could wield.

Training with U.S. and NATO allies has encouraged their NCOs to take on a larger role.

“Over time, they’ve developed their NCO corps, and it’s turned into a great strength of the Ukrainian military,” said Jordan, who also commands the 45th Infantry Brigade Combat Team of the Oklahoma National Guard.

During Rapid Trident, U.S. and NATO allies conducted war games with the Ukrainians using lasers and blank rounds to simulate bullets - something the Ukrainian army seldom gets to do. The practice, as well as working with foreign militaries as opposition forces, added a sense of realism.

“Side by side, the soldiers of my company and our colleagues from NATO accomplish various challenging military tasks,” Ukrainian Sgt. Maj. Sergiy Ulitenko said. “We make the tactical decisions together, we share our best combat experience, we learn from each other.”

Throughout the exercise, U.S. and Ukrainian soldiers got to know each other in the way most common for any infantry around the world: telling jokes.