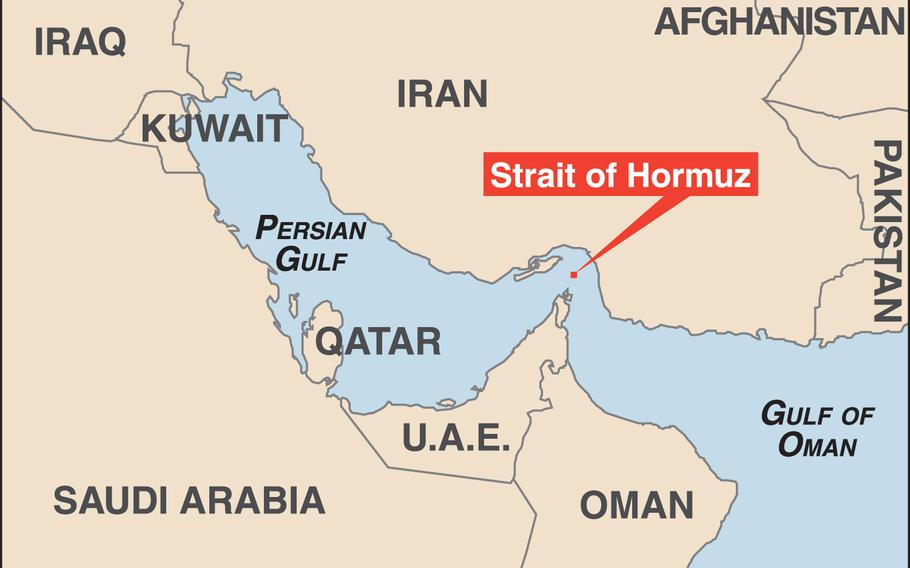 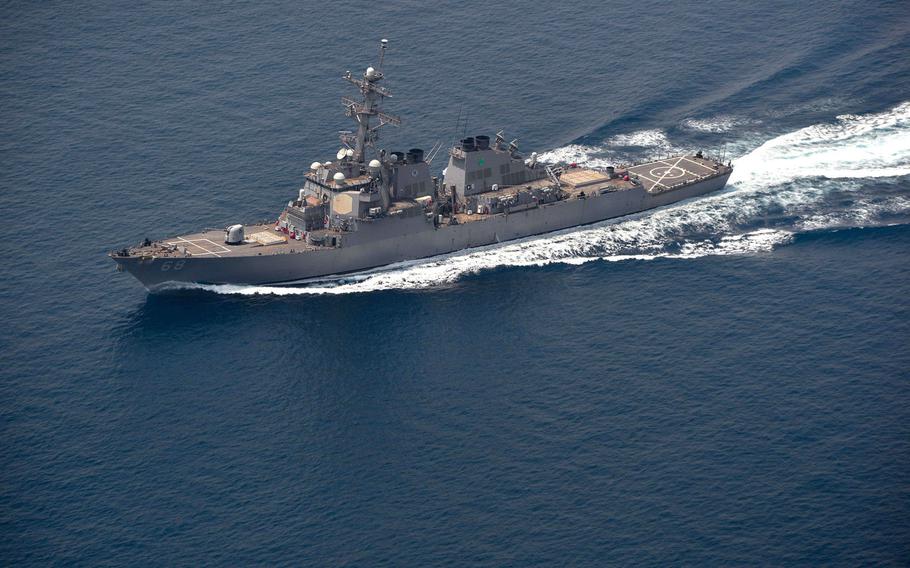 The guided-missile destroyer USS The Sullivans conducts a routine transit through the Strait of Hormuz, July 15, 2018. (U.S. Navy) 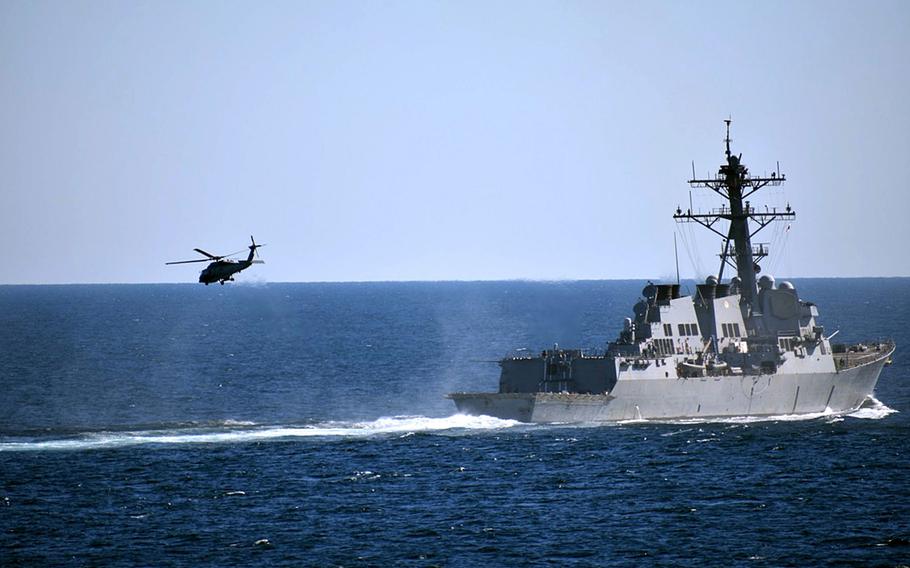 STUTTGART, Germany — The Iranian navy is increasing its presence at the Strait of Hormuz, sparking concerns that Tehran is showcasing its ability to block international access to the world’s most important oil transit point.

“We are aware of the increase in Iranian naval operations within the Arabian Gulf, Strait of Hormuz and Gulf of Oman,” U.S. Central Command spokesman Capt. Bill Urban said Wednesday. “We are monitoring it closely, and will continue to work with our partners to ensure freedom of navigation and free flow of commerce in international waterways.”

Iran’s navy has been assembling its warships at the northern opening of the strategic waterway. The move comes as tensions have ratcheted up between Tehran and Washington over the Trump administration’s decision to terminate its nuclear deal and levy more sanctions against Iran.

New U.S. sanctions against Iran take effect Friday and a second set is to kick in Nov. 4, the latter targeting the Iranian energy sector and the central bank. Iranian leaders have threatened to shut down the strait if the sanctions prevent the country from exporting crude oil.

On Tuesday, Iranian naval commander, Rear Adm. Hossein Khanzadi, told reporters in Iran that the military is ready to close the strait if ordered to do so.

About 18 million barrels of oil move through the Strait of Hormuz each day, making it the world’s busiest energy chokepoint. Even a temporary blockage of the strait, which links the Persian Gulf and the Arabian Sea, could lead to a sharp increase in global energy costs.

It would not be the first time Iran has attempted to block the waterway. In the 1980s, Iran and Iraq engaged in a “tanker war” in the Persian Gulf that quickly dragged in the U.S. Navy.

In 1988, the Navy launched retaliatory attacks on Iranian targets after an underwater mine nearly sank the frigate USS Samuel B. Roberts.

An Iranian frigate, the Sahand, was sunk during the clash with the loss of 45 of its crew.

Last week, Defense Secretary Jim Mattis said closing the Strait of Hormuz would be regarded as an “attack on international shipping.”

“It would have, obviously, an international response to reopen the shipping lanes with whatever that took, because the world’s economy depends on that energy, those energy supplies flowing out of there,” Mattis told reporters.

The Navy does not currently have a carrier group operating in the Persian Gulf, but warplanes are based nearby, as is U.S. 5th Fleet headquarters in Bahrain.

“Danger of Iranian miscalculation in the Straits of Hormuz,” McCaffrey said on Twitter. “Vital to global oil supply. Easily interdicted by Revolutionary Guard attack boats and mines. Powerful US Navy and (Air Force) will absolutely break the Iranian blockade in 60 day bloody battle.”

On Monday, Trump said he was willing to meet with Iranian President Hassan Rouhani to discuss a new nuclear deal, but that he was rebuffed by Rouhani.

Still, the escalation in tensions between Tehran and Washington resembles the climate between the U.S. and North Korea in the months ahead of Trump’s summit with Kim Jong-Un, some analysts say.

“That too was preceded closely by a dramatic rise in war tensions, while quiet preparations for the big event continued without interruption,” said Debkrafile, an Israel-based security analysis group.