US military warns Pokemon trainers: 'Do not do stupid stuff' 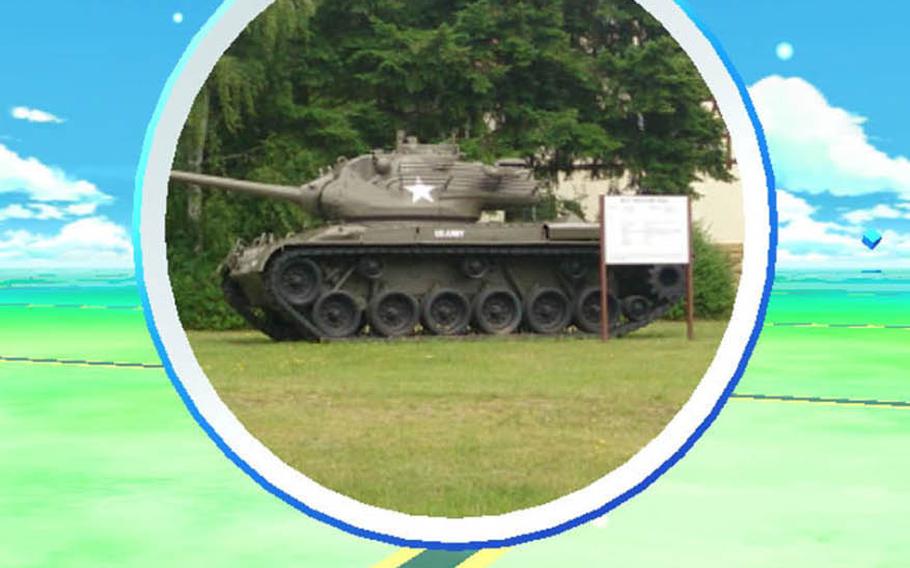 Buy Photo
Wannabe Pokemasters living on overseas military bases, such as the U.S. Army garrison in Grafenwoehr, Germany, can find the digital monsters lounging about military monuments, office buildings and other base facilities. (Michael S. Darnell/Stars and Stripes)

Smartphone-wielding servicemembers and their families have been searching for the cute critters on American facilities since "Pokemon Go" — the hit augmented-reality game in which players explore real-life locations to capture virtual pocket monsters, or Pokemon — went live in the country last week.

That’s a concern for officials who don’t want Poke-hunters wandering into spots where military vehicles are maneuvering or areas where inattention could put lives at risk.

“Do not do stupid stuff,” said Sgt. 1st Class Dawn Robinson, a former drill sergeant assigned to the 516th Signal Brigade, who warned people against driving while playing and trespassing into secure areas.

“The Pokemon defense does not hold up under the [Uniform Code of Military Justice],” she said in the video.

Yokota Air Base, home of U.S. Forces Japan and the 5th Air Force in western Tokyo, has its own tips for "Pokemon Go" players.

“It is important for Yokota airmen to maintain an active lifestyle, and we can appreciate an app that promotes activity,” said Capt. Nathaniel Roesler, a Yokota public affairs officer.

Roesler emphasized that traffic laws and regulations haven’t changed and are always enforced.

“We encourage situational awareness and compliance with all laws and rules while using the application,” he said. “As for potential dangers, such as crossing a road, the game allows players to reach in-game items and locations from a distance, some meters away, so players can avoid hazards.”

Roesler also encouraged players to leave the base and enjoy their host nation.

“By venturing off base, Yokota servicemembers are able to enjoy the beautiful country of Japan, and although there are a few Pokestops and gyms [game terms for locations where players can pick up items or participate in virtual fights] on base, there are many more off base at historical and cultural sites,” he said.

Pokestops have been sighted inside the Fukushima exclusion zone, an area still radioactive after the 2011 Fukushima Dai-ichi nuclear power plant disaster. In Bosnia, players are being warned not to wander into minefields that cover 2 percent of the country’s area.

Cultural sensitivity is also advisable when hunting Pokemon in a foreign country. Like Arlington National Cemetery and the Holocaust Memorial Museum before it, Hiroshima Peace Memorial Park — in the Japanese city that suffered the world’s first nuclear attack — has asked the game’s makers to stop Pokemon from appearing on its grounds.

However, some locations are embracing "Pokemon Go" players. Kaigen-ji, a Buddhist temple in Kyoto that is listed as a gym in the game, has thrown open its gates to Pokemon trainers, allowing them to wander the grounds and even charge their smartphones.

Servicemembers have also climbed Mount Fuji searching for Pokemon that are said to proliferate near the summit. Every station on the trail offers free Wi-Fi, a gym and Pokestops.