US military hit by computer network outage in South Korea 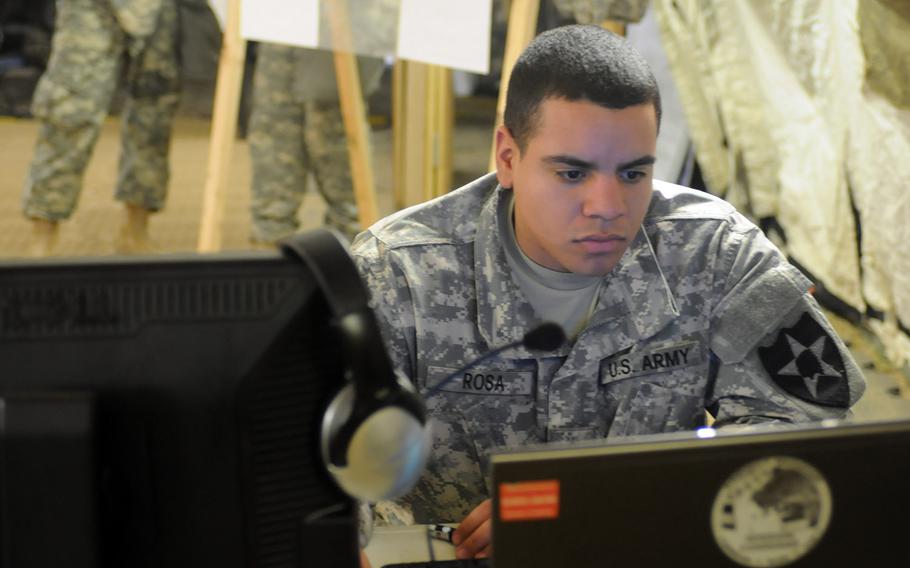 A soldier operates a computer during a past Key Resolve exercise at Camp Casey, South Korea. (Courtesy of U.S. Army)

SEOUL, South Korea — The U.S. military was hit recently by a computer network outage in South Korea, but the problem has largely been resolved, a spokesman said Wednesday. No cause was given.

The temporary outage occurred in what the military calls Area I and Area II, which includes Seoul and areas close to the border with North Korea.

“Technicians from the 1st Signal Brigade began immediate restorative action and the network is currently at 90 percent,” Yongsan Garrison spokesman Wes Hayes told Stars and Stripes. “Due to the sensitive nature of the network and to maintain cyber security, no further information can be provided.”

The military communications brigade works to support the ability of U.S. Forces Korea and other commands on the divided peninsula “to lead, direct and maneuver available forces during armistice, crisis or war,” Hayes said.

He declined to comment on the cause or provide more information due to security concerns.

A person familiar with the situation, who spoke on condition of anonymity because of the sensitivity of the issue, said the network went down about two weeks ago and was fully offline for about six days before it was mostly restored. The timing could not be confirmed.

The outage comes as fears about the ability of hackers to breach U.S. systems are high.

China and North Korea have denied responsibility for cyberattacks on foreign countries.