US military history on Taiwan rooted in confrontation with China 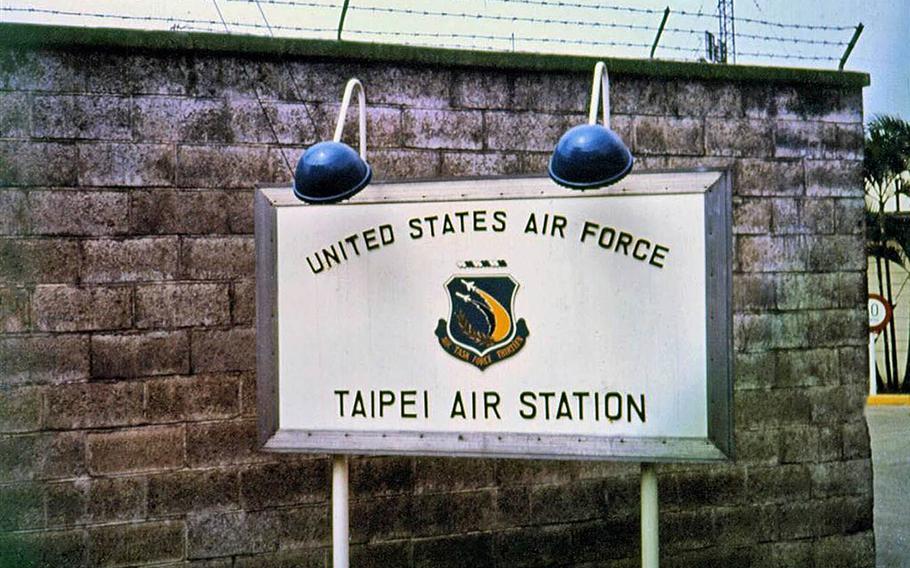 The main gate at Taipei Air Station in the 1960s. (Stars and Stripes file photo)

The main gate at Taipei Air Station in the 1960s. (Stars and Stripes file photo) 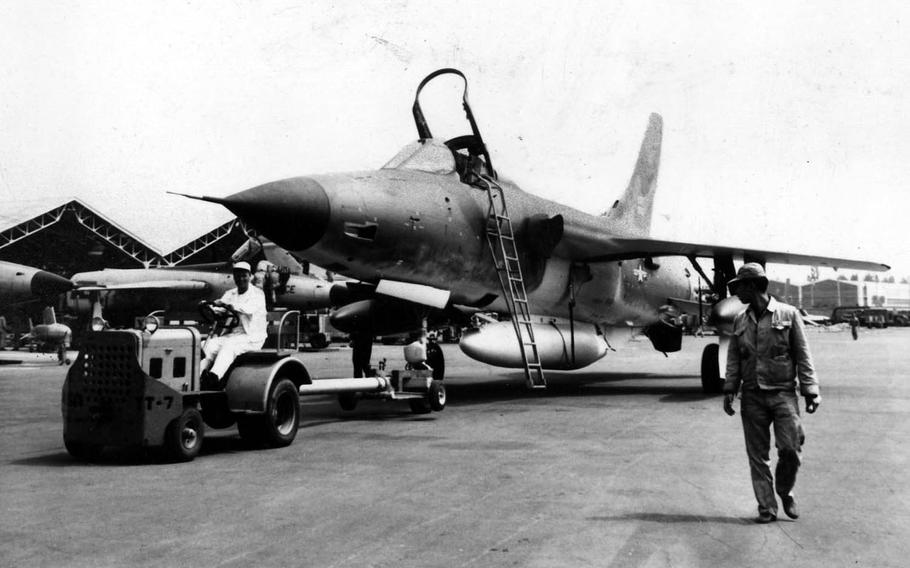 This undated file photo shows an Air Force F-105 being towed toward at an air base in Taiwan. (Stars and Stripes file photo) 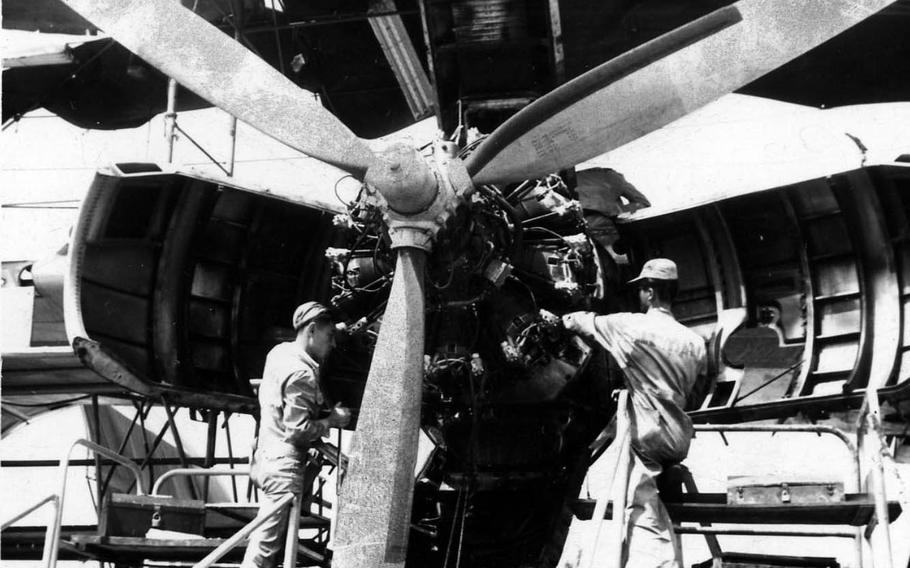 Nationalist Chinese technicians repair the engine of a U.S. Air Force C-123 at Tainan Air Base in 1966. (Stars and Stripes file photo) 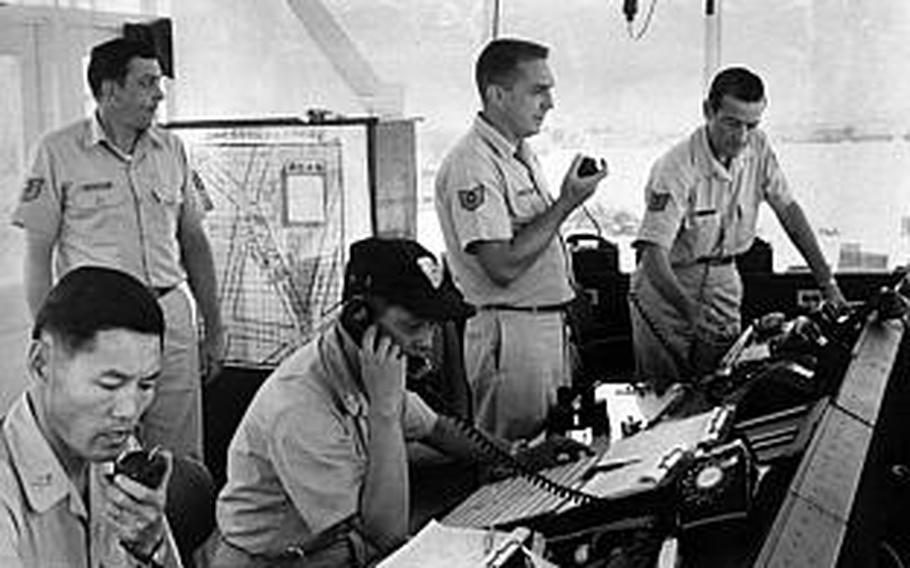 The "traffic cops" at Tainan Control Tower direct aircraft in and out of Tainan Air Base, Taiwan, in 1970. (Stars and Stripes file photo) 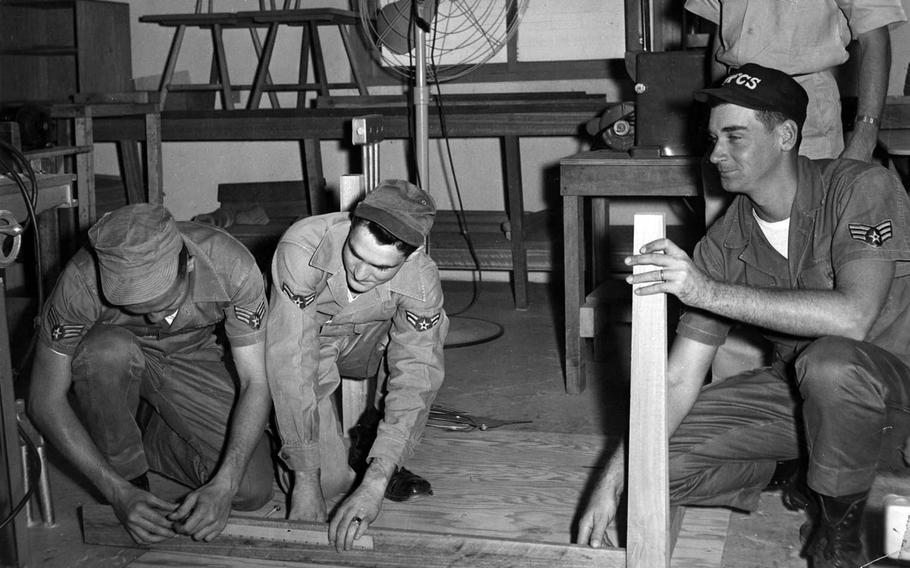 Airmen of the communications detachment build tables for the Tainan Special Skin Clinic in Taiwan in 1961. (U.S. Air Force photo)

President-elect Donald Trump’s recent phone conversation with the leader of Taiwan turned the spotlight back on a place that saw more than its share of brinkmanship during the Cold War.

The island, partly controlled by Qing Dynasty China in the 19th century, became Japan’s first overseas colony after the First Sino-Japanese War of 1894-1895. The island, sometimes referred to as Formosa, remained under Japanese control until the end of World War II, when it was returned to the Republic of China.

Chinese government officials and troops fled to Taiwan after Mao Zedong’s communist forces took control of the mainland in 1949. The anti-Communists in Taiwan and the Communists in mainland China have been at odds ever since.

In 1954, the U.S. signed a mutual defense treaty with Taiwan after clashes escalated around small islands in the strait between mainland China and Taiwan.

In January 1955, the U.S. Congress passed the Formosa Resolution, giving President Dwight D. Eisenhower authority to defend Taiwan and the offshore islands. The U.S. Taiwan Defense Command was established in the capital, Taipei, in 1955 as a planning headquarters for Taiwan’s defense.

Three years later, the Communists made another effort to capture the island. During Operation Black Magic, Eisenhower ordered the Navy to help guard the strait and modify Taiwan’s F-86 Saber jet fighters with new air-to-air missiles, enabling them to shoot down large numbers of Soviet-built aircraft.

All that made Taiwan a centerpiece of the American military’s defense strategy in the western Pacific.

“There was a fairly large and active military group there,” said Paul Brinkley-Rogers, an enlisted sailor who ran Pacific Stars and Stripes’ Taiwan bureau for about four months in 1962. “An offshore island held by the Nationalists was under constant bombardment, and we were backing up efforts by the Nationalists to hold onto the island.”

“The big moment while I was there was a visit by Robert F. Kennedy as U.S. attorney general,” he said, adding that a story he wrote about Kennedy’s motorcade knocking locals off their bicycles ruffled some feathers.

Kent Mathieu was at Taipei Air Station as an Air Force staff sergeant in a personnel office from 1965 to 1968 and now splits his time between Hawaii and Taiwan. There are no U.S. military stationed on Taiwan now, but the island is a fantastic place to visit with friendly people, beautiful scenery and English-language street signs, he said.

In the 1960s, thousands of American personnel and their families lived and worked on numerous bases there, Mathieu said.

“Most people brought their families, and most people assigned to Taiwan loved the place,” he said.

Members of the Military Assistance and Advisory Group were there training the Taiwanese to use U.S. military gear, and there was a large U.S. presence.

“Taiwan was a support base for the Vietnam War, and a lot of the flights went to South Vietnam,” Mathieu said.

Other troops were based at smaller facilities on Taiwan such as radar and communication sites, and MAAG personnel worked at hundreds of Chinese bases, he said.

Mathieu has fond memories of cheap beer in on-base clubs, going to local movie theaters and driving around the island in his 1965 Mustang, which he shipped from the States.

The last significant confrontation there happened in 1996 when President Bill Clinton ordered the USS Nimitz aircraft carrier battle group to sail through the Taiwan Strait in response to Chinese missile tests.

Cross-strait relations have warmed over the past two decades with the two sides strengthening trade and cooperation on a range of issues. However, the election in January of Taiwan President Tsai Ing-wen, whose party claims the island is independent, has been a source of tension.