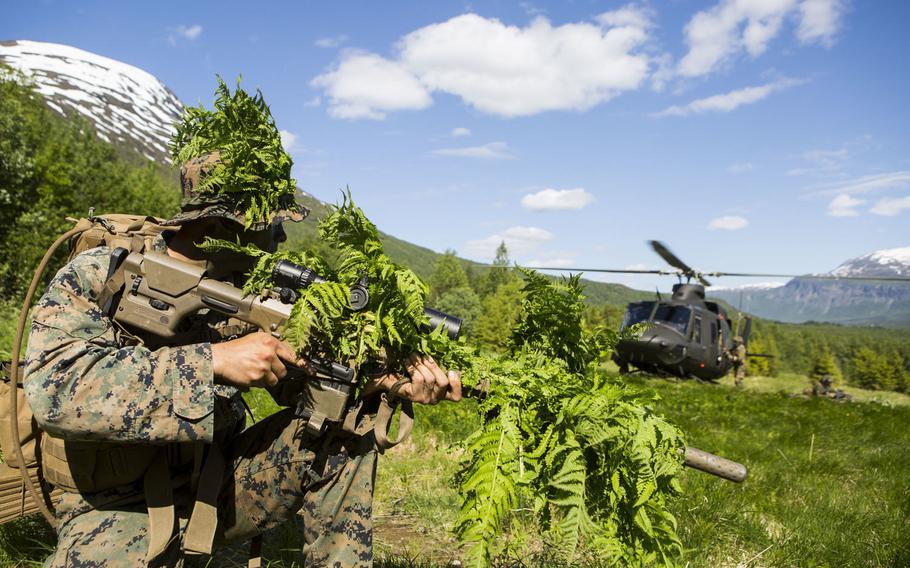 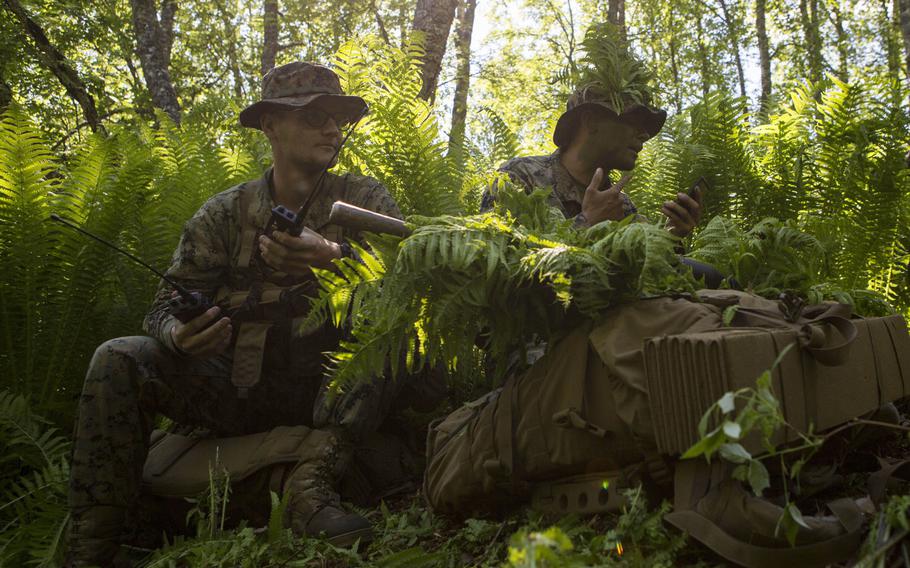 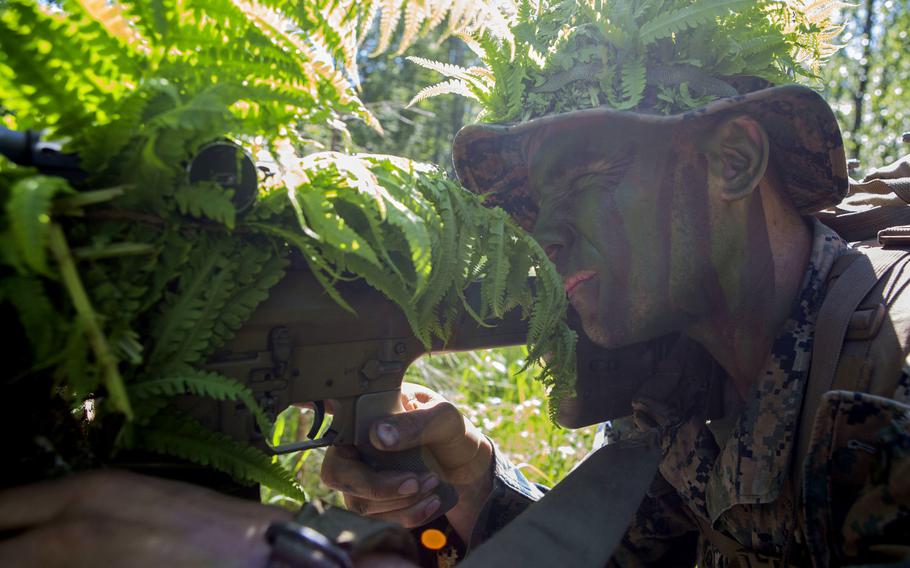 The Marine Corps recently found that pairing scout snipers, well-known for their stealth and deadly aim, with electronics wizards from a little-known and secretive discipline doesn’t mean sacrificing the ability to sneak around the battlefield. It may even enhance it.

A team of Marines from the Corps’ electronic warfare and signals intelligence field accompanied the snipers as they crawled through rough terrain and evaded enemy soldiers last month during Exercise Valhalla in Norway, officials said Tuesday.

“Ultimately, we were able to show that attaching the [electronic warfare] Marines to the scout snipers did not negatively affect operations, specifically in regards to slowing movement or causing compromise,” said 1st Lt. Gabby Gonzalez, an electronic warfare officer in charge of the drill.

The pairing was part of the Marine Corps’ effort to field electronic warfare support teams, or EWSTs, to support combatants where electromagnetic signals play an increasingly important role.

The opposing force was made up of Norwegian soldiers and other Marines deployed to Norway with the Marine Rotational Force-Europe, who have been continually rotating to the country since 2017.

Before Exercise Valhalla, the Marines were concerned that the extra manpower and equipment required by a dedicated EWST might lead to the scout snipers being exposed by the enemy, Gonzalez said.

But even after exercise planners tipped off the opposing force to the presence of the electronic warfare-enhanced sniper teams, and after they began looking for them, the Marine reconnaissance team was not detected.

“That’s a success, especially given the terrain in which the exercise took place,” Gonzalez said, referring to the sparse foliage, which provided little concealment.

Putting EWSTs with infantry battalions was an idea Marine Corps Commandant Gen. Robert B. Neller discussed in a 2017 statement about his plans to “reshape the Corps for the future operating environment.” At the time, Neller said the Marines were still working out how exactly to employ the teams on the ground.

During the exercise last month, the EWST accompanied the scout snipers as they infiltrated the lines of a larger enemy force to conduct reconnaissance and destroy several high-value targets. The electronic warfare Marines listened to enemy radios and pinpointed their signals.

Electronic warfare includes the use of electromagnetic energy, such as radio waves, to “attack” enemies or protect friendly forces. It has become a Pentagon priority as focus shifts from combating insurgencies in the Middle East to preparing for potential future conflicts with larger adversaries like Russia or China.

Electronic warfare is among the “well-defined areas that we’re behind our adversaries,” said Jim Faist, the Pentagon’s director of advanced capabilities, speaking to reporters in May, Breaking Defense reported. “We have to catch up.”

Also in May, the Al-Monitor news site said it had obtained documents outlining a Pentagon effort to help “regain U.S. dominance in the electromagnetic spectrum,” following what the site called a “pervasive threat” of signal jamming that American forces had experienced in Syria, where the government is backed by Moscow in Syria’s ongoing civil war. U.S. troops have been in the country helping militias fight the Islamic State group since 2015.

In America’s recent wars in Iraq and Afghanistan, the electronic warfare threat has been limited, said Col. Liam Collins, a career Army Special Forces officer and director of the Modern War Institute at West Point, in a post on the Association of the United States Army website last July.

But in Ukraine, Russia used drones and ground systems to conduct electromagnetic reconnaissance and jamming against satellite, cellular and radio communications, Collins said. Russian forces were also adept at pinpointing Ukrainian positions by their electromagnetic signatures.

After outlining scenarios in which the Russians might lock onto a Ukrainian cellphone signal’s location for targeting an artillery strike or to send “pinpoint propaganda” via text message, Collins called on military leaders to better prepare for a battlefield where troops will need to better camouflage or hide their electronic signatures.

In Norway, the Marines helped demonstrate the value of attaching dedicated EWSTs to assist snipers, showing that they helped better protect the group from the enemy, Gonzalez said.

They were able to get early warning of an enemy patrol, as well as a gas attack that was used in an attempt to flush out the teams, she said.

“The proof of concept had excellent results,” Gonzalez said. “Which leads me to believe that future standardized integration of [EWSTs] with scout snipers is realistic and a prudent path forward.”