US Marine jets deploy to Turkey for counter-Islamic State ops 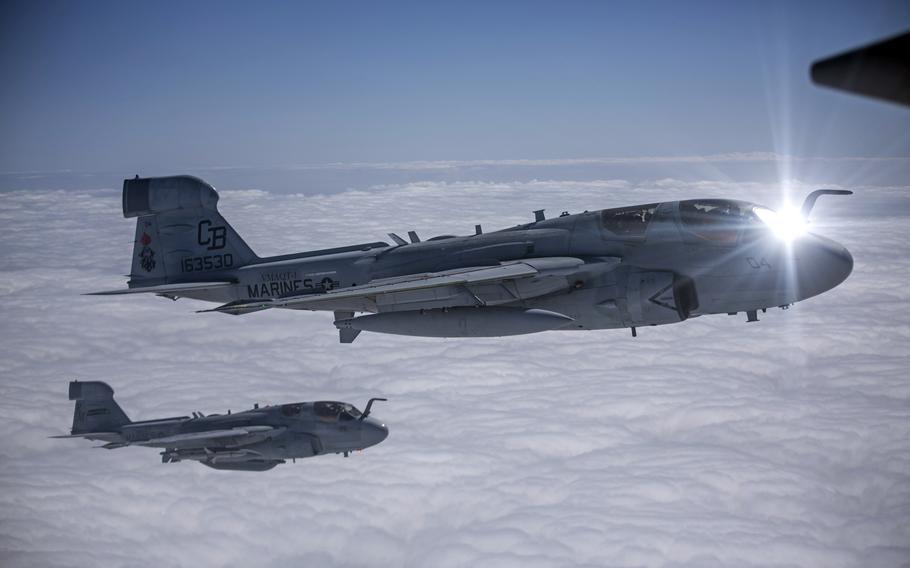 STUTTGART, Germany — A squadron of Marine electronic-warfare aircraft deployed to Incirlik Air Base in Turkey to join the U.S.-led campaign against the Islamic State group in Iraq and Syria, the U.S. military said Thursday.

The EA-6B Prowler aircraft from Marine Corps Tactical Electronic Warfare Squadron 4 will work to intercept and deny the enemy’s ability to communicate, the European Command said in a statement.

“The EA-6B Prowler is a force multiplier continuing to do what it has for the past 45 years: support warfighters flying in the air and fighting on the ground by giving them the electronic communications dominance to ensure a decisive win,” EUCOM said.

The arrival of Marine aircraft is the latest signal that Incirlik has become a major hub for counter Islamic State operations. Initially, Turkish authority’s resisted requests from the U.S. to conduct such operations form the base, where U.S. airman have been a presence since the Cold War. However, in late summer 2015, Turkey altered its position, and the U.S. and other allies have routinely conducted combat missions from the bases, launching airstrikes against militants in both Iraq and Syria.

In addition, NATO conducts surveillance operations in Turkey, monitoring the airspace along the country’s border with Syria.

Earlier this month, the U.S. ordered roughly 700 military family members from Turkey, most of whom were stationed at Incirlik, in connection with security concerns in the country.