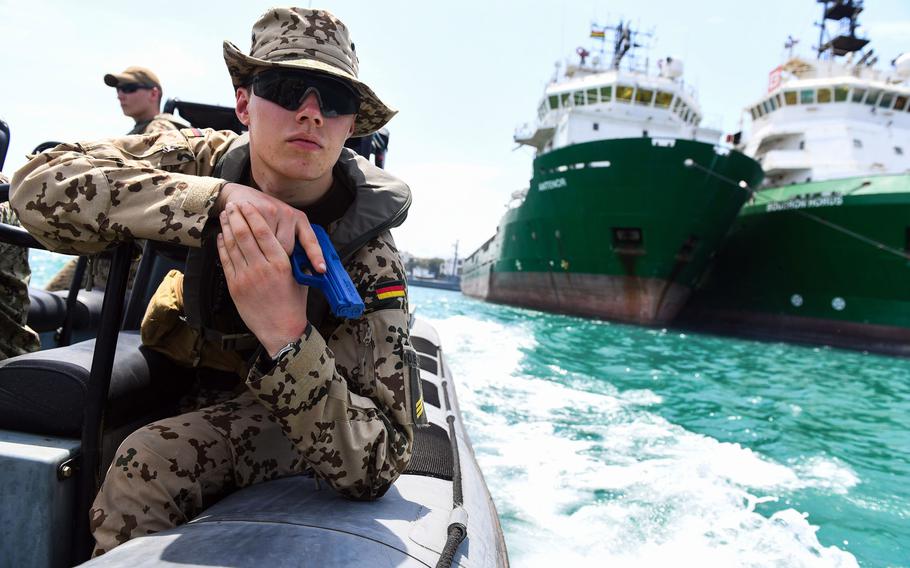 A Ghanaian team conducts a board, search-and-seizure drill March 26, 2018, in the Gulf of Guinea during Obangame Express. The eight-day multinational exercise is designed to augment cooperative maritime policing in West African waters to combat piracy, human trafficking, illegal fishing and other crimes. (Theron J. Godbold/U.S. Navy) A German instructor observes a Ghanaian team collect evidence and documents from a crew on March 26, 2018, during a simulated raid. Thirty-one countries participated in the U.S.-led exercise aimed at strengthening cooperative policing in West African waters. (Theron J. Godbold/U.S. Navy) 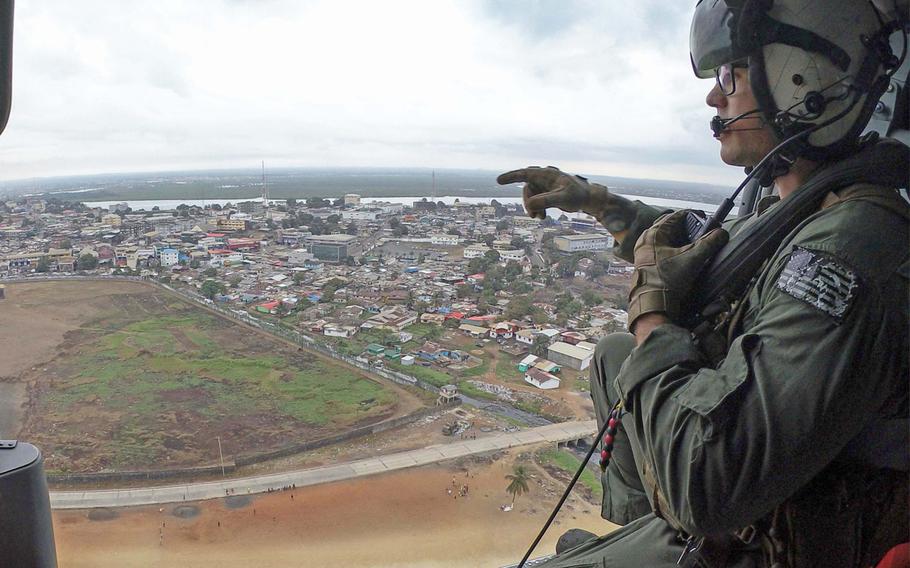 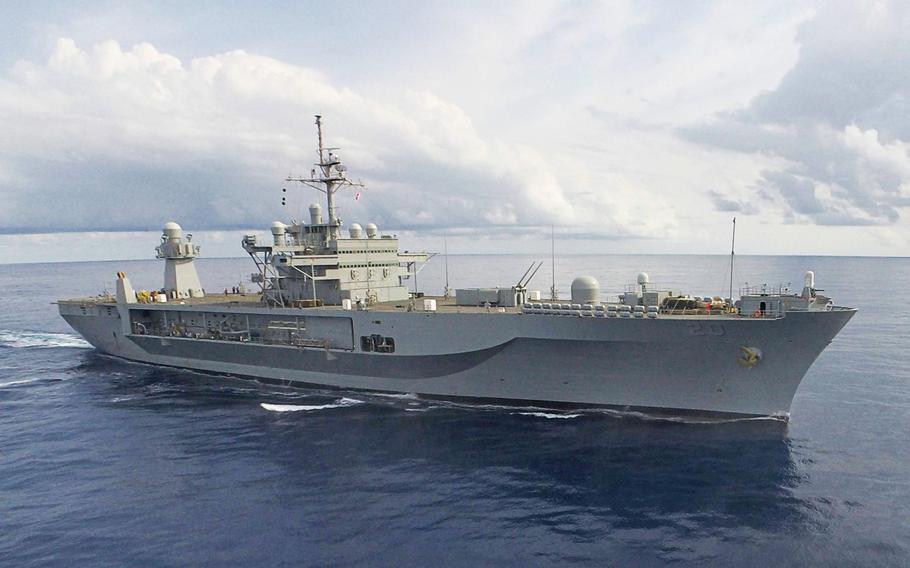 The eight-day Obangame Express in the Gulf of Guinea aimed to close gaps in policing West African waters by improving communication and teamwork between countries.

The navies worked together during simulations to spot, raid and search suspicious ships.

“Our joint presence during this important exercise sends a powerful message throughout the region,” said Capt. G. Robert Aguilar, commander of the USS Mount Whitney, in a statement. “The U.S. and West African nations will work together to protect important trade and shipping routes in the Gulf of Guinea.”

The exercise gave the Mount Whitney, 6th Fleet’s command ship, a chance to use its new computerized communications systems installed during a recent $45 million overhaul.

The ship’s officers help coordinate communications among the many participants. The Mount Whitney has 300 crew members — half sailors, half civilians — and can transmit large amounts of secure data to any point on earth.

Hosted by U.S. Africa Command, Obangame is the largest of three yearly maritime-policing exercises. The other two are Cutlass Express in East Africa and Phoenix Express in the Mediterranean.

African governments and U.S. authorities created joint exercises in 2010 — when maritime crimes in the region had reached record levels — to improve African countries’ ability to protect their seas.

“Illegal fishing can help spur piracy, and fishing vessels may employ forced labor or traffic drugs,” Jasparro said. “Preventing crime at one end of the spectrum can help prevent it more generally.”