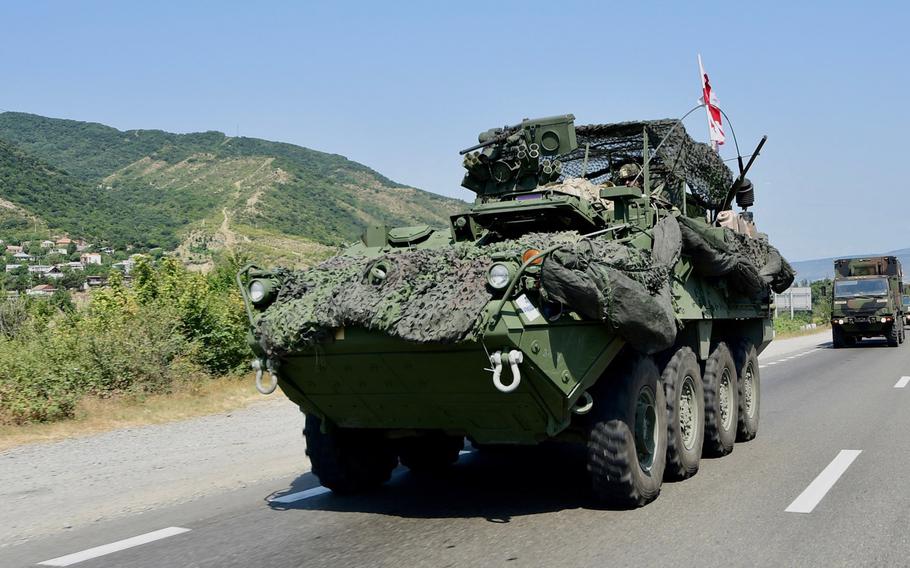 A Stryker of the U.S. 2nd Cavalry Regiment moves to Vaziani Military Base, Georgia, for Noble Partner 17. During the exercise, U.S. soldiers are training Georgian infantrymen on how to more effectively defend their borders. (173rd Airborne Brigade)

A Stryker of the U.S. 2nd Cavalry Regiment moves to Vaziani Military Base, Georgia, for Noble Partner 17. During the exercise, U.S. soldiers are training Georgian infantrymen on how to more effectively defend their borders. (173rd Airborne Brigade) 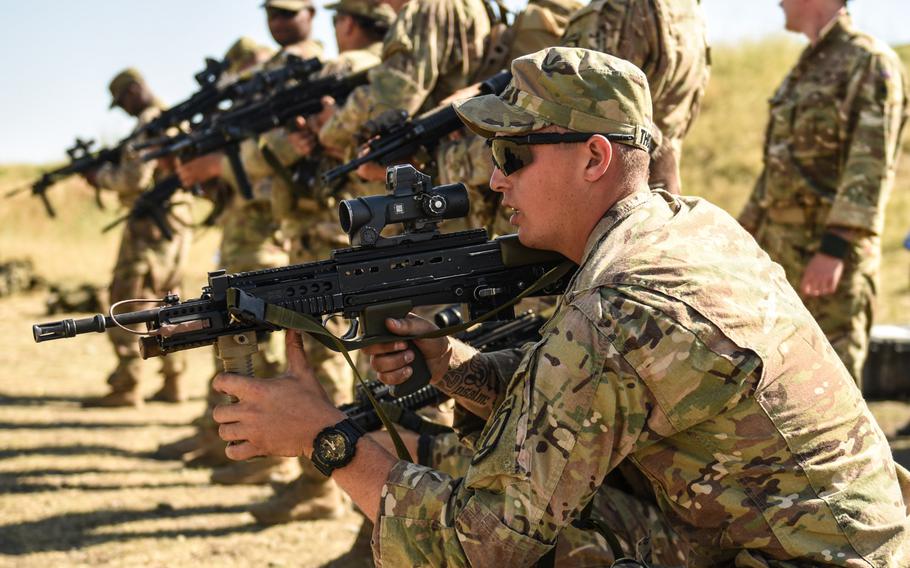 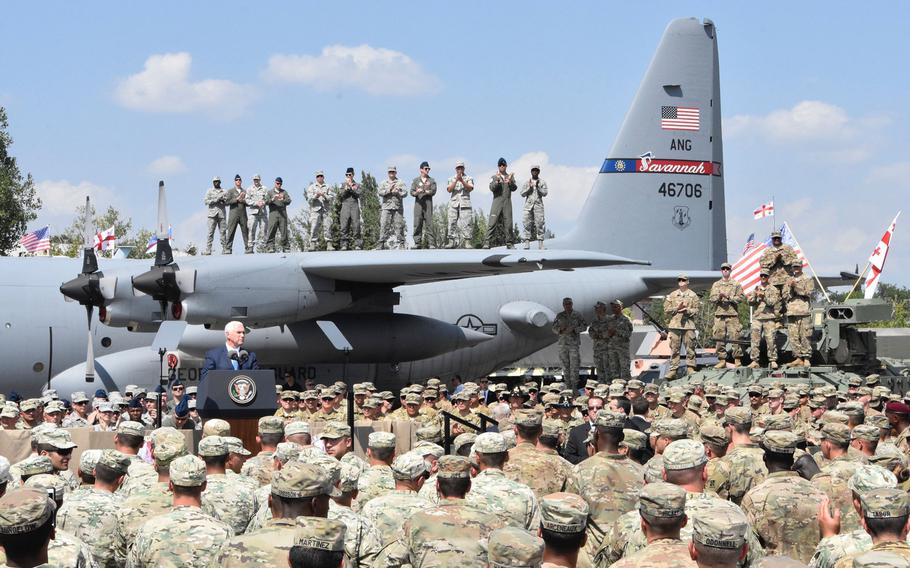 Vice President Mike Pence visited American and Georgian military leaders and soldiers during a visit to the Georgian capital of Tbilisi, Tuesday, Aug. 1, 2017. The U.S. soldiers are in Georgia for Noble Partner 2017, a U.S. Army Europe-led exercise hosted at Vaziani and Camp Norio training areas in Georgia. (Judith Marlowe/U.S. Army) 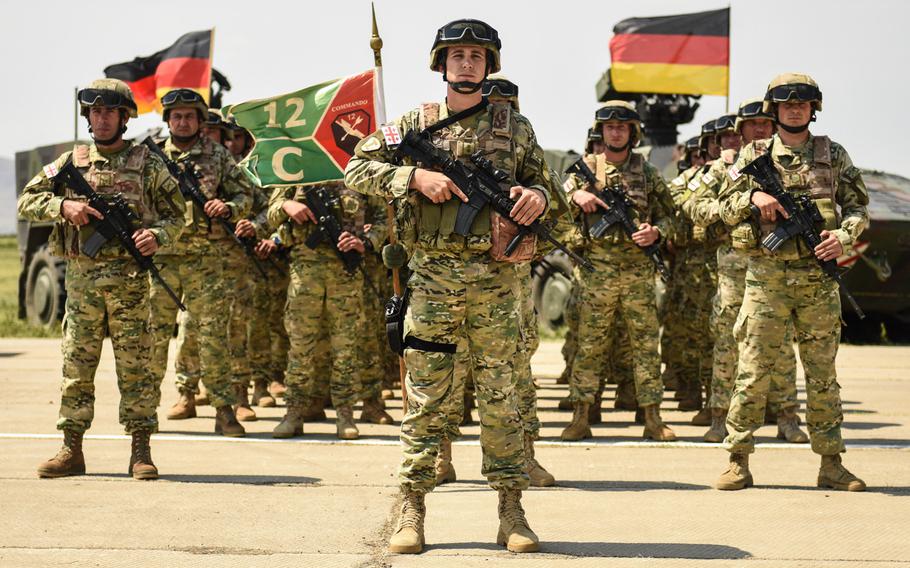 Exercise Noble Partner, now under way, involves 2,800 soldiers from eight nations who are working on defensive tactics with tanks, artillery, and a host of combat vehicles. Among them are Strykers from the 2nd Cavalry Regiment based in Vilseck, Germany.

The U.S. cavalrymen convoyed into Georgia, passing within several hundred meters of Russian troops positioned across the border as they traveled to a training base near the capital of Tbilisi.

“We don’t really focus on the Russians; we focus on the Georgians,” regiment commander Col. Patrick Ellis said. “We’re not here to be provocational. We’re here to train the Georgians how to defend themselves, and I think that’s the message we’re sending.”

Many of the Georgian soldiers participating are veterans of the five-day Russo-Georgian war in 2008, when Russian troops defeated the Georgians and advanced deep into the country after the Georgian military mounted an attack on the breakaway region. The Georgians were able to share their experience with the Americans during Noble Partner.

“This exercise is very important for Georgia,” said Col. Emzar Svanidze. “Right now, it’s very hard for this country to survive this difficult time alone. We need friends to survive.”

“(Georgia’s) ability to protect their territorial sovereignty is not just important to them but for the United States. A U.S. presence here really allows them to do that,” Ellis said.

Georgia, a small Black Sea nation in the Caucasus that was part of the former Soviet Union, has long sought closer ties with the European Union and NATO. The country has been a reliable troop contributor to the NATO mission in Afghanistan, where it has showcased its willingness to support the alliance, which it seeks to join. Georgia also contributes military assets to the NATO Response Force.

But not all allies are on board with the idea of adding the country. Germany, for instance, has been skeptical because it might antagonize Russia.

Still, Washington appears committed to Georgia and its military partnership with the U.S.

“At this very moment, just 40 miles from where we stand, Russian tanks stand on occupied territory in South Ossetia,” he said. “Today, Russia continues to occupy one-fifth of Georgia’s territory. The United States of America strongly condemns Russia’s occupation on Georgia’s soil.”

Noble Partner comes on the heels of other exercises along NATO’s eastern flank this summer. Many 2nd Cavalry soldiers have been on the road since June, traveling from one war game to another.

“It’s a long way to go for training like this, but we get a lot out of it. From the U.S. perspective, this is a unique opportunity to integrate all these assets in a different environment,” Ellis said.