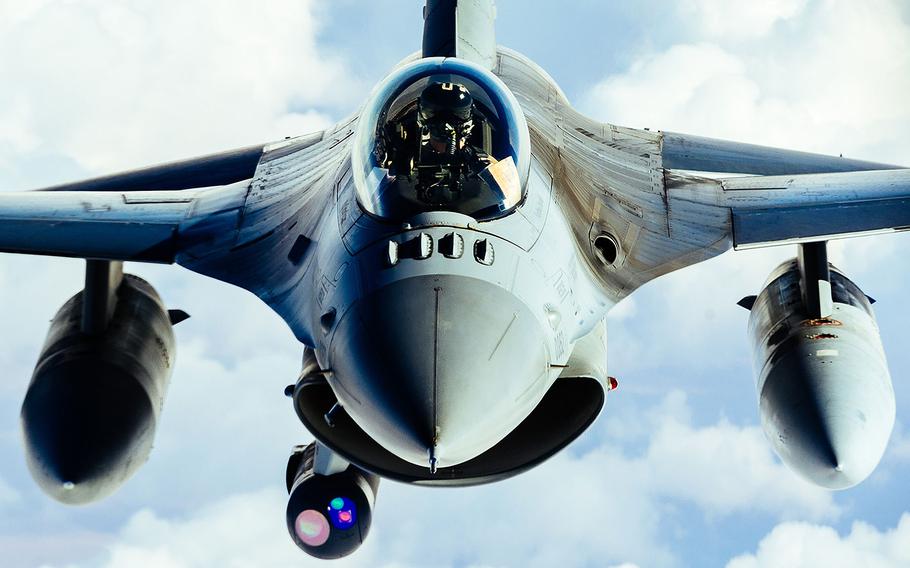 WASHINGTON – U.S.-led coalition jets attacked a formation of Syrian government forces posing a threat to partner forces training at a base near the border with Jordan, U.S. defense officials confirmed Thursday.

The airstrikes took place Thursday in southern Syria and hit a tank, a bulldozer and other vehicles that appeared to be an advancing Shia militant group that the coalition deemed a threat to U.S. forces and allies on the ground, according to the defense officials who spoke on the condition of anonymity.

“They were building a fighting position” about 55 kilometers from a U.S.-coalition base close to At Tanf, where advisers train members of the Syrian Democratic Forces and Syrian Arab Coalition, the officials said. There were U.S. advisers operating at the base at the time of the airstrikes.

Defense Secretary Jim Mattis on Thursday cautioned that the airstrikes did not indicate greater involvement for U.S. forces in the six-year war in Syria.

“We are not increasing our role in the Syrian civil war, but we will defend our troops,” Mattis told reporters at the Pentagon. “And that [was] a coalition element made up of more than just U.S. troops, and so we will defend ourselves [if] people take aggressive steps against us. And that’s been a going-in policy of ours for a long time.”

One of the unnamed officials said an earlier communication agreement between the United States and Russia in Syria had included ways to avoid mishaps between ground forces, such as establishing a 55-kilometer border around known areas of operation. Either side would notify the other if their forces would be inside those areas.

“Anyone who goes inside the 55 kilometers or needs to do a strike. … You let us know through deconfliction channels,” the official said.

The official also said the United States reached out to Russia to notify them that Syrian government forces were within the zone, giving them the opportunity to withdraw. Russia tried multiple times to contact the Syrian forces, the official said.

It was at that point that U.S. and coalition jets escalated their warnings.

“We conducted a show of force. We conducted warning shots. All to no avail,” the official said.