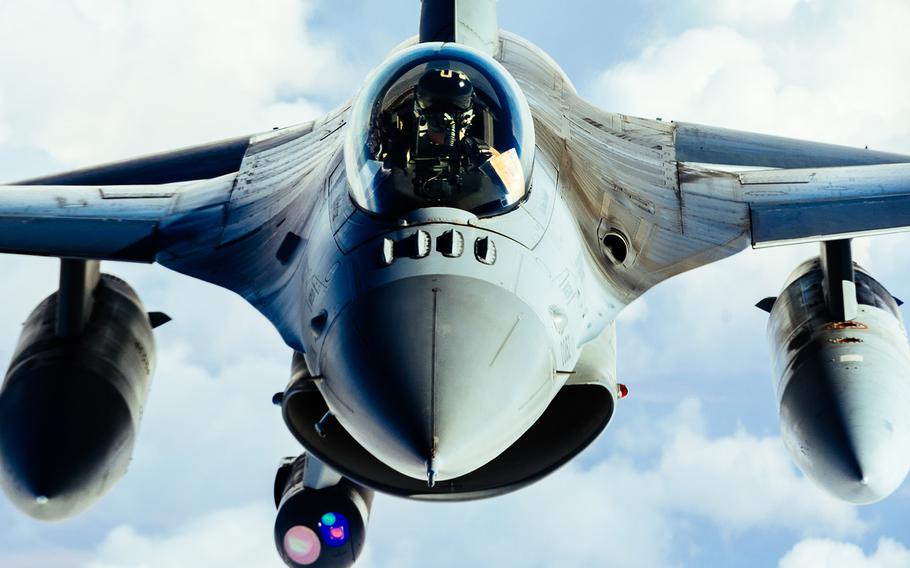 The decline in airstrikes is indicative of the remaining strength of ISIS in Iraq and Syria, where the terrorist group controls only about 5 percent of the land it once held in the two nations used to establish its caliphate, said Air Force Brig. Gen. Andrew Croft, who is responsible for coordinating the coalition’s air war in Iraq.

The general said it also demonstrates how quickly ISIS is losing its ground. In August, the coalition dropped a record number of explosives, aiming 5,075 bombs on ISIS targets as it aided partner ground forces working their way through Raqqa, the one-time capital in Syria for the terrorist group, and in Tal Afar in Iraq.

In September, as Iraqi government forces shifted their focus to smaller towns in central and western Iraq and the Syrian Democratic Forces began moving south from Raqqa toward the middle Euphrates River valley, coalition airstrikes began to tamper off. The coalition reported dropping about 3,500 bombs that month.

“ISIS is collapsing not only as a physical caliphate but also in ownership of land,” Croft told reporters Tuesday at the Pentagon. “You’re going to see those number of strikes drop even further.”

In Iraq, ISIS has lost virtually all the land it ever controlled. The Iraqi government over the weekend declared the last village held by the militants, Qaim, free of ISIS control, announcing an end to the conventional war against the militants in Iraq.

Nonetheless, ISIS fighters remain in Iraq and are expected to attempt to form into a more traditional insurgency, using small groups to plan terrorist attacks in the country, Croft said. It means the U.S. air mission within that nation is not yet finished.

U.S. and coalition aircraft will likely be involved in those operations in Iraq for the foreseeable future, as they work to find small groups of ISIS fighters who are believed to have fled Qaim into the harsh deserts along the Iraq-Syria border, he said.

Eventually, the aim is for the Iraqi air force to handle intelligence, surveillance, reconnaissance and strike missions on its own. Croft did not estimate when that might happen or explain how it will be determined the Iraqis are ready.

“We see pieces of it now,” he said. “Our job here is not finished. We will continue to hunt ISIS and disrupt and destroy their operations. Iraq will be liberated and secured by the Iraqis with the help of our united coalition.”