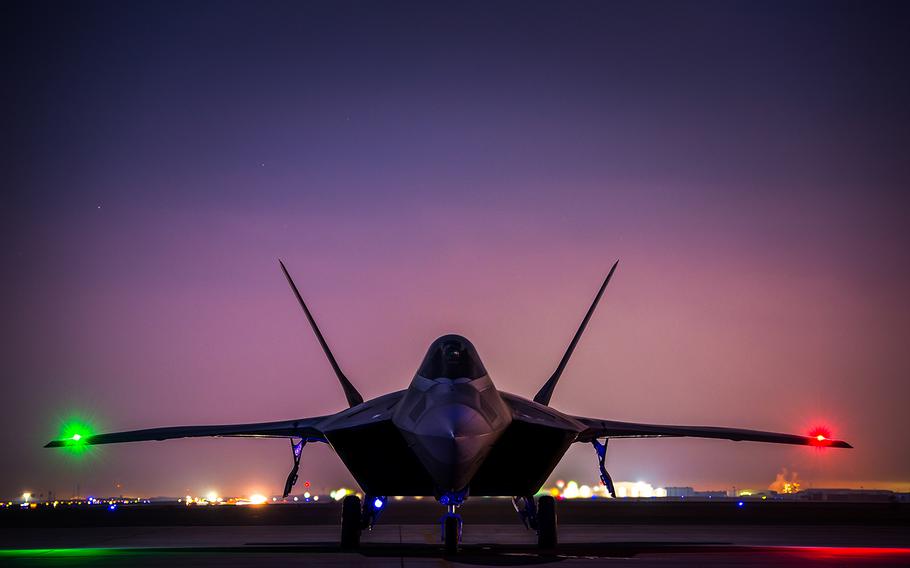 WASHINGTON — U.S. and coalition airpower over Syria has taken a more defensive posture in recent days to protect U.S. and partner forces from retaliation after warships hit a Syrian airfield Thursday.

U.S. warships launched scores of Tomahawk cruise missiles against Syria’s Shayrat Air Base on Thursday in response to a chemical attack April 4. Forces loyal to Syrian president Bashar Assad launched Syrian fighter jets from Shayrat Air Base and dropped a nerve agent on civilians in a western, rebel-held village. Images of dead infants, children and entire families prompted President Donald Trump to order the strike Thursday, as a warning to the Syrian regime to stop using chemical weapons.

The strike had potential repercussions for U.S. relations with Russia and for the security of U.S., coalition and partner forces on the ground in Syria. Questions have been raised about whether the strikes, which did not crater the base’s runways, had the full effect the U.S. intended, after video surfaced of Syrian aircraft taking off from Shayrat the next day.

In a statement Monday, Secretary of Defense Jim Mattis called Thursday’s strikes a “measured response” that took out “20 percent of Syria's operational aircraft,” he said.

“The Syrian government has lost the ability to refuel or rearm aircraft at Shayrat airfield and at this point, use of the runway is of idle military interest.”

The U.S. is investigating whether Russia had a role in the chemical attack, and in the wake of the strikes on Shayrat, Russian-U.S. communications over Syria appeared strained, which could add risk for pilots on both sides.

Russia informed the U.S. on Friday that it would no longer honor an agreement to use a specific phone line to prevent against collisions or miscalculations between coalition and Russian jets.

Air Force Col. John Thomas, a spokesman for U.S. Central Command, would not discuss whether any calls have taken place since the notification. but said that without the line, “there are still ways for pilots to hail each other … We are going to use all of those means no matter what the situation is with that particular phone line.”

In the days since, there has been a temporary decrease in the number of airstrikes that U.S. and coalition jets have conducted, Thomas said, which reflects that the sorties have been more defensive.

The shift in posture reflects a decision by U.S. Gen. Stephen Townsend, who leads U.S. and coalition forces in Iraq and Syria, to bolster protection for U.S. forces in case Syria decides to retaliate.

“After the strikes against the air base in Syria … commander Gen. Townsend has been positioning and calling in the resources that he needs to and taken any actions he believes are necessary,” Thomas said.

He said those aircraft are taking more of an over-watch role.

“I think that would be the difference – we have the same resources available,” Thomas said. “We may not have been taking as many offensive strikes in the hours after our own strike against the air base.”

In his statement, Mattis sharply warned against any further chemical attacks.

“The United States will not passively stand by while Assad murders innocent people with chemical weapons,” he said. “The Syrian government would be ill-advised ever again to use chemical weapons.”