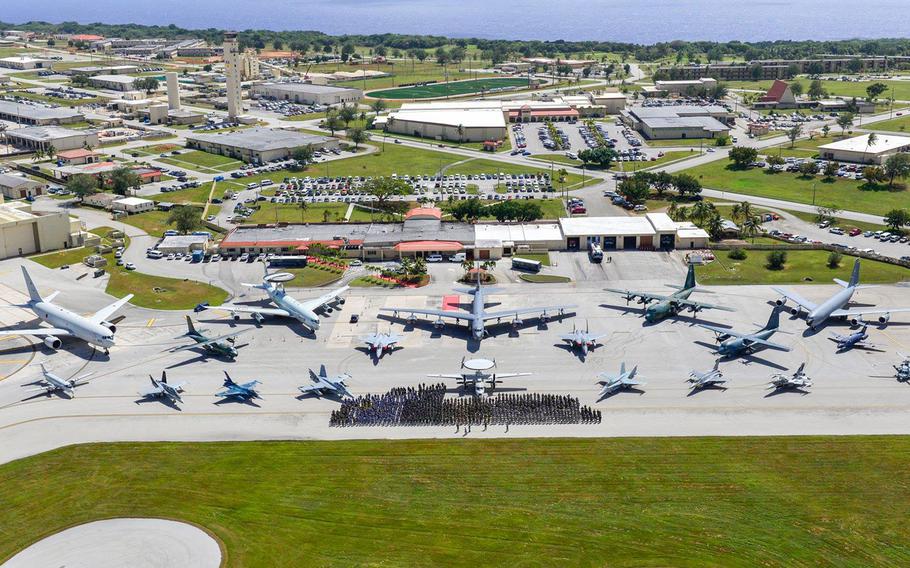 More than 100 warplanes will fly over Guam this month during an annual exercise that tests the airpower of the United States and its allies in the Western Pacific.

The exercise, which runs through March 2, will include humanitarian-assistance and disaster-relief training and aerial and force employment events designed to increase readiness, an Air Force statement said.

Cope North — originally a quarterly exercise between the U.S. and Japanese air forces in Misawa, Japan — was moved to Guam in 1999. The now-annual exercise is a key drill promoting stability and security throughout the Indo-Pacific, the Air Force said.

Andersen hosts the United States’ “continuous bomber presence” mission in the region. In recent years, the role was filled via six-month deployments by B-1B Lancers, which frequently flew over the Korean Peninsula in shows of force after provocations from Pyongyang. Last month, the Lancers were replaced by B-52 Stratofortresses and B-2 Spirits capable of carrying nuclear weapons.