US, Israel gear up for missile defense exercises 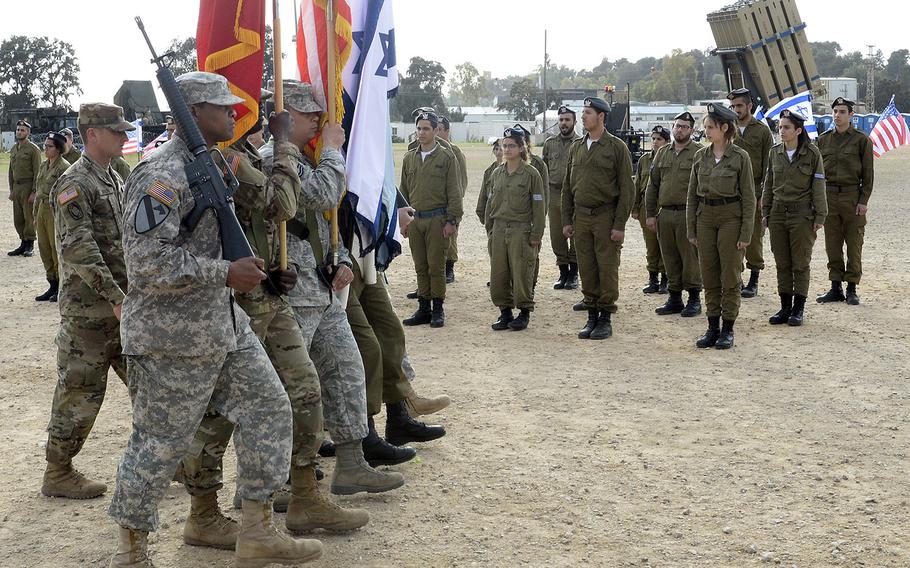 More than 2,000 U.S. troops will take up positions in Israel next month for a missile defense exercise designed to test the ability of American and Israeli systems to operate together.

U.S. European Command and the Israeli Defense Forces will take part in the combined drills known as Juniper Cobra from March 4-15.

“The Juniper Cobra exercises continue to strengthen this relationship, providing us with the opportunity to bolster interoperability and develop seamless integration with our Israeli partners,” said U.S. Third Air Force Commander Lt. Gen. Richard Clark, who also serves as the commander for the deploying Joint Task Force-Israel.

The exercise will involve more than 2,500 U.S. personnel, operating both ashore and afloat, EUCOM said. A similar number of IDF personnel also will take part in the exercises.