US: Islamic State’s ability to fund terror through oil diminishing 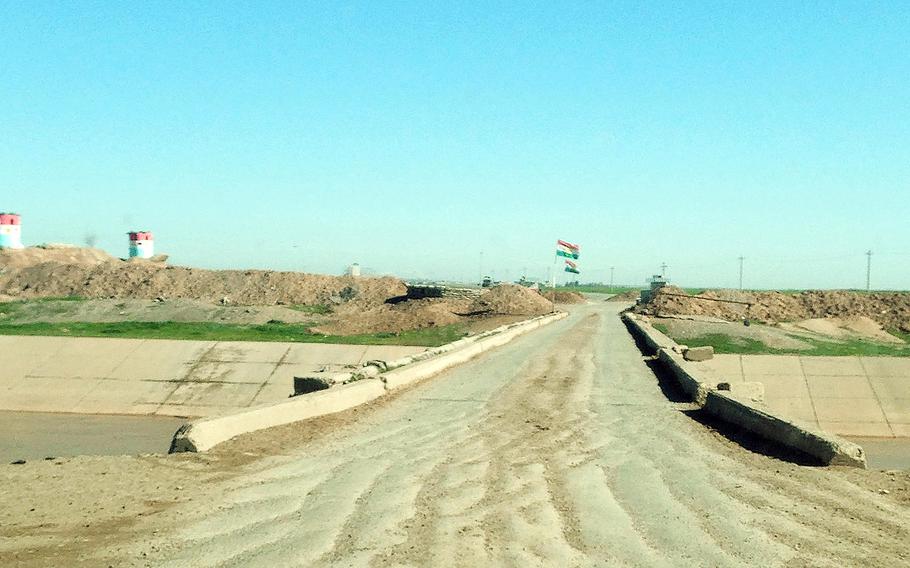 A bridge 20 miles south of Kirkuk, Iraq, seen in January 2015, is a pivotal landmark in the fight between Kurdish forces and the Islamic State southwest of the oil rich city of Kirkuk. According to a senior U.S. official speaking Tuesday, Dec. 15, 2015, Islamic State militants control 80 percent of the oil in Syria, but they have lost all of their oil-producing capability in Iraq. (Mitch Prothero/McClatchy DC/TNS)

WASHINGTON — Islamic State militants control 80 percent of the oil in Syria, but they have lost all of their oil-producing capability in Iraq, a senior U.S. official said Tuesday.

To attack the Islamic State’s hold on oil revenues in Syria and cripple the terror group’s ability to fund its war efforts, the United States has developed new approaches based on information gathered in a May 2015 raid that killed Islamic State financier Abu Sayyaf, the official said. Sayyaf also oversaw the terror group’s oil and gas operations.

Prior to the raid, U.S. and coalition airstrikes were hitting oil wellheads and refineries. Those strikes damaged the group’s ability to generate revenue from oil sales by reducing the amount and quality of oil that the group could sell, but only temporarily, the U.S. official said.

“They were able to figure out how to rebuild them, replace them, and figure out how to use the wells without wellheads,” said the U.S. official, who has close working knowledge of the Islamic State’s oil operations and spoke Tuesday to reporters at the Pentagon on the condition that he not be identified.

But the May 2015 raid that killed Sayyaf yielded “an enormous amount of information that was very detailed into how they operated their energy sector, and allowed us to learn more about the operation, and how to attack it or address it.”

In response, U.S. and coalition airstrikes have targeted a wider array of oil- related targets under Operation Tidal Wave II.

For example, the official said, U.S. airstrikes recently have targeted hundreds of tanker trucks before Islamic State militants were able to fill them with oil to sell. He described it as “the veins of the operation.”

The official said he could not provide statistics yet on how much the recent campaign has impacted the Islamic State group’s finances or its ability to move and sell oil. Previous statistics provided by the Pentagon estimate the Islamic State was earning about $1.5 million daily, or about $40 million to $50 million each month from oil sales. But the official described the effect of the campaign as “considerably” slowing down and hampering the group’s ability to make money off of Syria’s oil.

In Iraq, with the Islamic State’s loss of Beiji in October, the group “no longer controls oil fields in Iraq, and the ones that are contested oil field areas are not producing,” the official said. “So no real revenues coming out of Iraq.”

Most of the Islamic State-controlled oil is being resold within Syria to markets throughout the country, the official said. It is easier for the group to resell the oil within the country than to ship it across the border to Turkey, he said.