US is ready to lend more cybertools to NATO 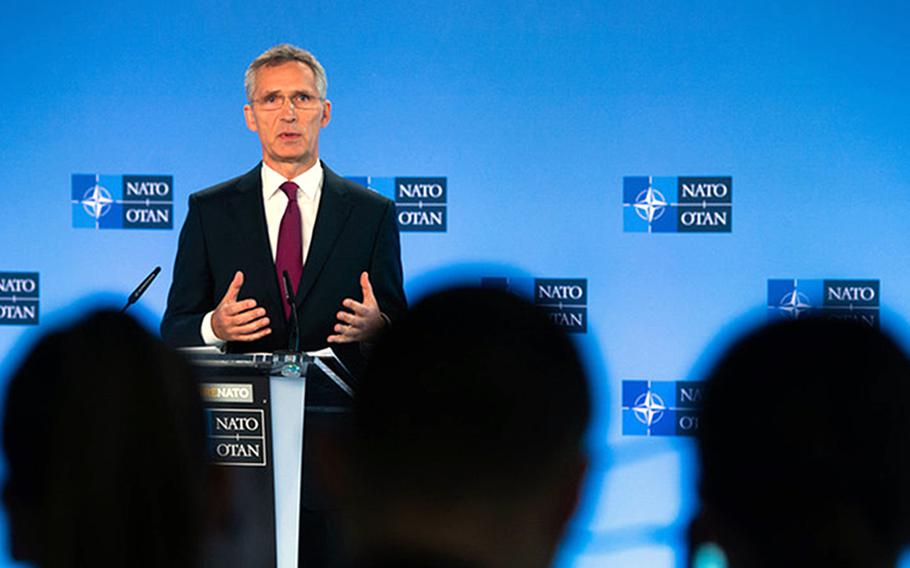 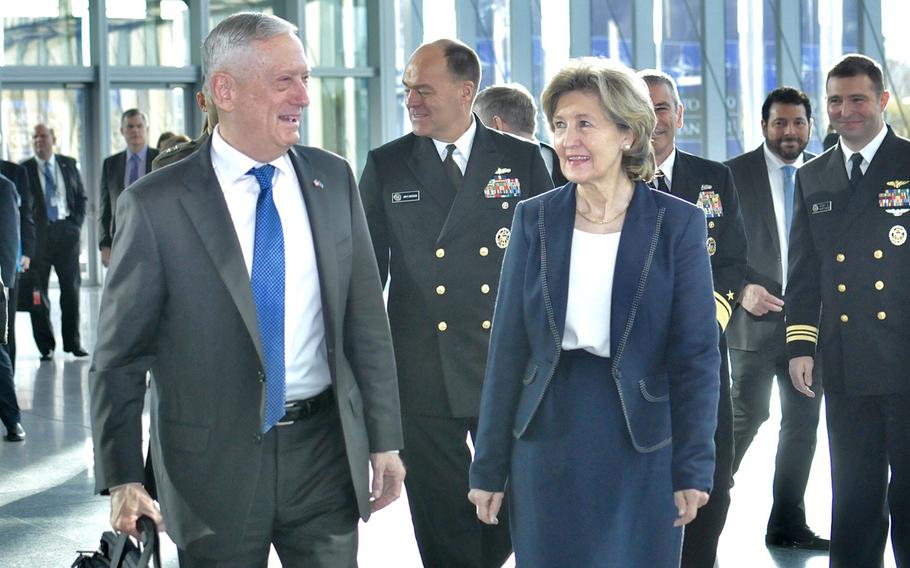 Defense Secretary Jim Mattis is met at NATO Headquarters in Brussels, Belgium by Kay Bailey Hutchison, the American ambassador to NATO on his way to the the NATO defense ministers' meeting, Wednesday, Oct. 3, 2018. (Courtesy U.S. Mission to NATO)

The U.S. will make cyberwarfare capabilities available to NATO to bolster the alliance’s efforts to counter Russian hacking and network espionage, a senior U.S. official said.

The announcement is likely to come during a two-day defense ministers’ meeting at NATO headquarters in Brussels, which opened Wednesday. The U.K. and Denmark are expected to offer similar support.

“We will formally announce that the United States is prepared to offer NATO its cyber capabilities if asked,” Katie Wheelbarger, a senior Pentagon official, told reporters traveling to Brussels with U.S. Defense Secretary Jim Mattis. The U.S. will maintain control of its capabilities but would use them for NATO operations if called upon, Wheelbarger told Reuters.

NATO has begun to make cyberwarfare a priority as attacks on the West have increased from adversaries like Russia and China.

In July, NATO heads of state agreed to establish a new cyber operations center. Allies have designated the cyber realm as a military domain on a par with land, sea and air operations.

The White House last month said it has authorized offensive cyber operations against unnamed adversaries, a move that coincided with the Trump administration’s loosening of rules governing the use of cyberweapons.

“The Department must take action in cyberspace during day-to-day competition to preserve U.S. military advantages and to defend U.S. interests,” the document states. “Our focus will be on the States that can pose strategic threats to U.S. prosperity and security, particularly China and Russia.”

U.S. capabilities range from tools that disrupt or infiltrate communication networks to worming into state infrastructure. One prominent example was the Stuxnet worm reportedly deployed in 2010 to disrupt Iran’s nuclear facility, though Washington never publicly acknowledged its role.

“We have seen an increasing number of cyberattacks,” Stoltenberg said. “They are more frequent and more sophisticated.”

During talks in Brussels, military commanders will update defense ministers on the progress of the new cyber operations, Stoltenberg said.

In 2016, NATO agreed that a cyberattack could trigger an Article 5 response from the alliance, citing the provision that an attack on one member demands a collective response from all.

But member states are still debating when electronic intrusions rise to that level.

Also during the Brussels summit, allies are expected to discuss concerns about Russia’s alleged violation of the Intermediate-Range Nuclear Forces Treaty, as well as progress on two new headquarters intended to speed the movement of NATO forces across the Atlantic and around Europe.