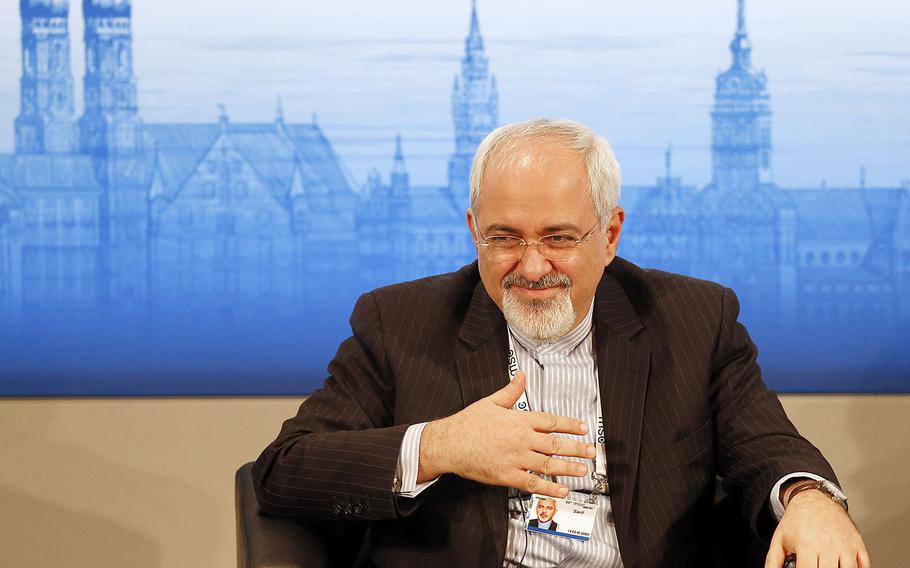 MUNICH — U.S. and Iranian officials on Sunday expressed hope of a possible deal on Iran’s nuclear program, but during a security conference here acknowledged a crisis of trust could stymie efforts at a comprehensive agreement.

“There is a lot of mistrust in Iran about the intentions of the West,” said Mohammad Javad Zarif, Iran’s foreign minister. “Iran’s trust needs to be gained.”

Sen. John McCain, R-Ariz., who took part in a separate panel discussion about the future of the Middle East, said a history of deception over Iran’s nuclear program is good cause for skepticism over Iranian intentions. “Don’t trust, but verify,” said McCain, offering a revision of former President Ronald Reagan’s famous use of a proverb when referring to the Soviet Union.

At the close of the Munich Security Conference on Sunday, Iran and its nuclear program was the issue of the day.

Zarif, who met with U.S. Secretary of State John Kerry Sunday on the sidelines of the conference, reiterated Iran’s assertion that its nuclear program is aimed at producing energy. But the U.S. has long argued that Iran is seeking a nuclear arsenal, something President Barack Obama has said cannot be permitted.

In November, Iran agreed to cease producing certain uranium enrichment activities as part of a deal that would ease some Western sanctions. The agreement, which went into effect in January, provides six months of relief as negotiations continue over Iran’s nuclear program.

Sen. Christopher Murphy, D-Conn, taking part in a panel talk on the Iranian issue with Zarif, said he didn’t expect the U.S. Senate to impose new sanctions while negations are taking place.

U.S. lawmakers have been considering whether to pass legislation that would impose a new round of sanctions, something Obama has said he would veto.

Murphy, however, didn’t appear overly confident that a long-term deal with Iran would be reached.

“Though I may not be an optimist, perhaps there is a possibility, a good possibly, we can achieve (a result),” Murphy said.