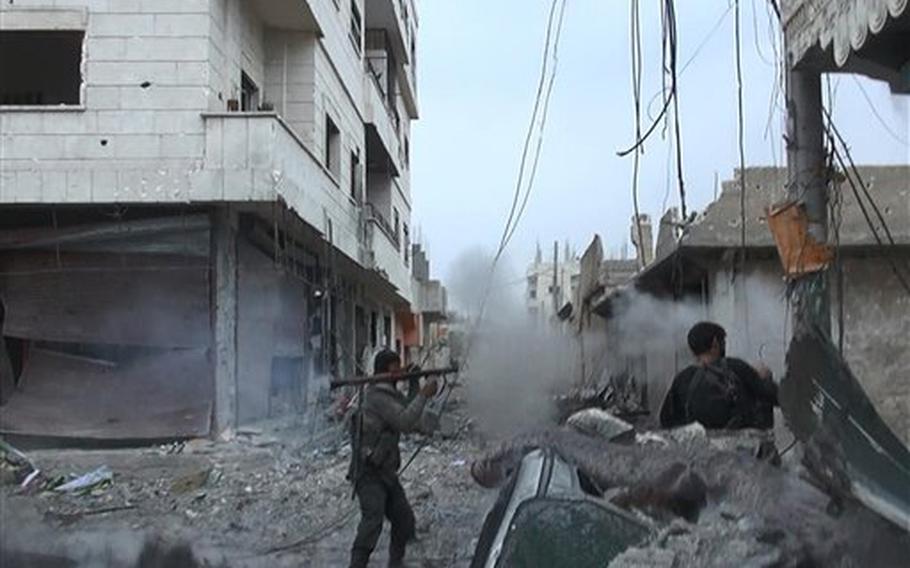 In October, the United States halted another train-and-equip program in Syria, which transported whole units of fighters out of the country to train at facilities in Turkey, Jordan and other locations. The fighters were given U.S. equipment, trained and transported back to Syria. But the vast majority of the Syrian units left the program or turned over their U.S.-provided equipment to other groups.

The United States had planned to train about 5,000 fighters each year in the first program, which cost $346.8 million in fiscal year 2015. But in September, Gen. Lloyd Austin, who led U.S. Central Command at the time, informed Congress that only “four or five” U.S.-trained fighters were in Syria.

On Monday, three U.S. officials who spoke on the condition of anonymity described the new train-and-equip program, which was started in March. The revamped program does not try to train entire units. Instead, it identifies key Syrian leaders and trains them in skills such as spotting potential targets for United States and coalition airstrikes.

“We’re not necessarily training large units to maneuver in fire,” said one of the three U.S. officials who briefed reporters on the status of the new Syria train-and-equip program.

“Rather than training 10 people to use a rifle, if you can train a smaller number of people to accurately describe their own position relative to the position of enemy forces, it enables them to better coordinate resupply and describe enemy positions,” one of the officials said.

The program returns those leaders to their units to push that training down the ranks and provides equipment to the forces that they lead. The new program to train the leaders has $416 million budgeted for it in fiscal year 2016, the U.S. officials said, and includes the equipment the United States is providing.

The newly trained leaders are returning to their units with communications equipment, small arms and ammunition to distribute, the officials said. The units are also getting vehicles and some artillery.

Over the weekend, The New York Times reported that a CIA program to train and equip Syrian forces had lost equipment to Jordanian intelligence operatives who were siphoning off and selling that supply as they moved through the country on their way to Syria.

The officials would not comment Monday on the CIA program but said the Defense Department’s equipping program was enforcing accountability by only distributing limited amounts of ammunition and guns, and by keeping “eyes on” the units using the larger equipment.

The officials estimated between earlier efforts to train and equip forces and this new program, the United States has reached approximately 10,000 Sunni Arab forces.

All of the units getting training and equipment through the new program are Sunni, the officials said.

“Those numbers don’t include our Kurdish partners,” one official said.

Kurdish forces are also getting assistance and working with U.S. advisers in Syria, but that effort is separate from this program, one of the officials said.