US has launched more than 70 attacks against Islamic State targets in Afghanistan since Jan. 1 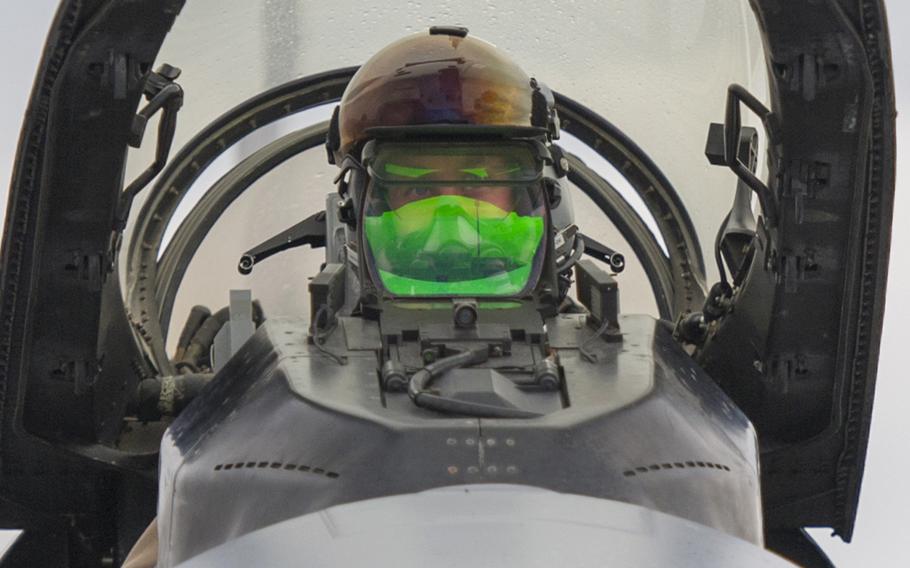 WASHINGTON – The United States has attacked Islamic State targets in eastern Afghanistan between 70 and 80 times in 2016, an American military spokesman in Kabul said Thursday.

The airstrikes are part of the United States’ counter-terrorism mission, which includes targeting al-Qaida and Islamic State militants throughout Afghanistan. The U.S. has conducted about 100 counter-terrorism strikes this year, U.S. military spokesman Army Brig. Gen. Charles H. Cleveland told reporters at the Pentagon during a video briefing.

The Islamic State group was once feared to be rapidly expanding in Afghanistan’s volatile eastern region, where it established its presence in January 2015. But U.S. airstrikes, attacks by Afghan security forces and the Taliban have greatly limited the Islamic State group’s ability to expand in the region.

“We are having an effect and we are putting pressure on,” the Islamic State group, Cleveland said. He estimated the group now consists of about 1,000 to 3,000 fighters, many disaffected Taliban members from Afghanistan and Pakistan.

“It’s probably on the lower end of that estimate,” he said.

In comparison, the United States estimates there are only about 100 to 300 al-Qaida fighters operating full-time in Afghanistan, Cleveland said.

The Islamic State group appears to be confined almost exclusively to Nangarhar Province, he said. The group once had a presence in about six to eight districts there, but it now only has influence in two or three.

“We think we have significantly decreased the footprint that they have in Afghanistan,” the general said.

The U.S. military has recently observed several Islamic State units attempting to move to other areas in Nangarhar in apparent efforts to evade American airstrikes in areas “where we have been aggressively targeting them,” Cleveland said. He added they are simply “trying to survive.”

Others have recently left the Islamic State-flagged units to rejoin the Taliban, the general said.

While those movements and defections are generally signs that American airstrikes are damaging the Islamic State’s ability to recruit and retain fighters in Afghanistan, Cleveland said the group remains a threat in the region.

He cited the group’s demonstrated ability in other countries to quickly generate military power as an example of how it could still threaten Afghanistan.

The Islamic State “does present the potential to be an enormous threat,” he said. “… They’ve got the ability to catch fire, so we think it’s incredibly important just to keep constant pressure on them and try to get after them at every opportunity we can.”