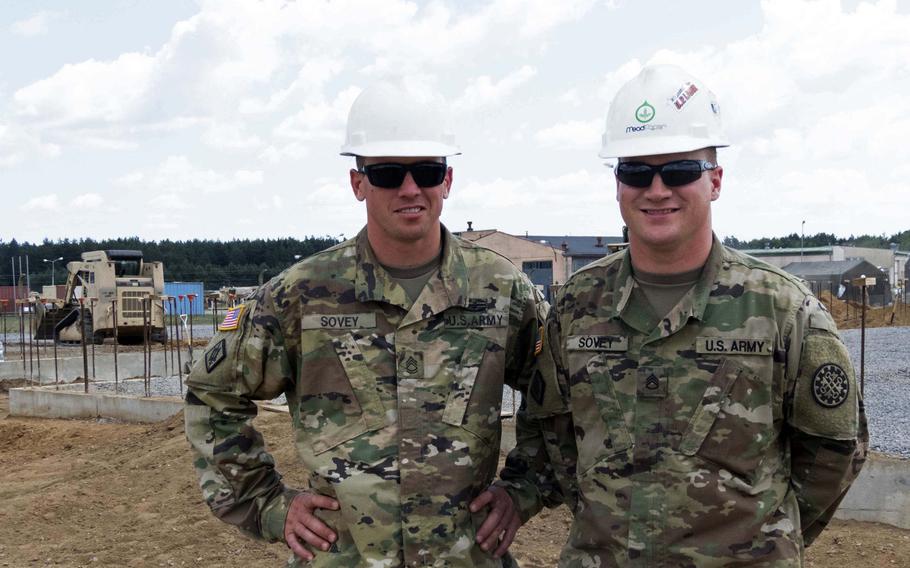 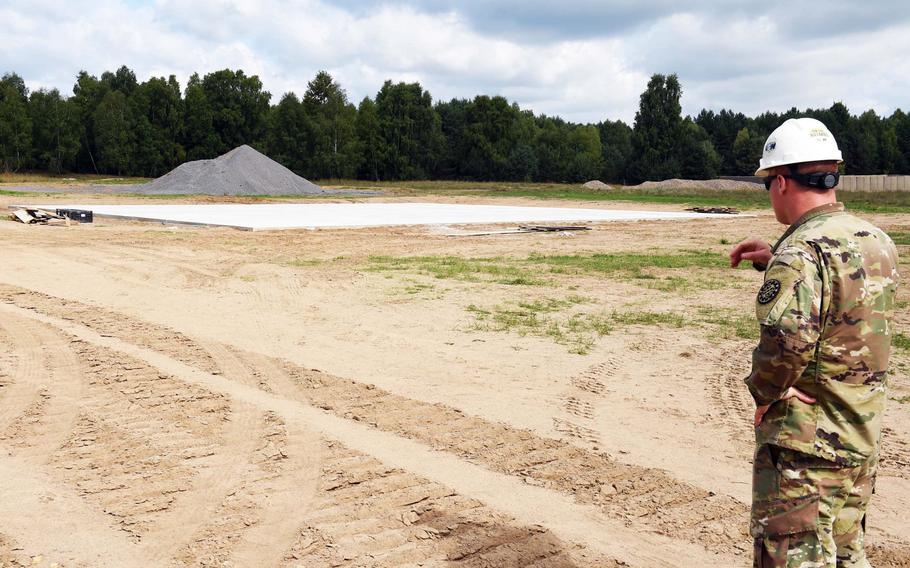 U.S. National Guardsmen have been battling humidity and heat in the 90s here as they work with Polish soldiers, constructing facilities to meet the needs of NATO’s revitalized mission in central and Eastern Europe.

About 100 guardsmen, most of them from Michigan’s 107th Engineer Battalion, are involved in the effort, part of a six-month exercise called Resolute Castle 18.

Besides this tank base in Poland, guardsmen and U.S. Army reservists are building up the Joint National Training Center Cincu in Romania.

The guardsmen have shoveled small mountains of earth, operated heavy machinery and filled defensive barriers with thousands of pounds of rocks, sometimes by hand, all under a grueling sun during a record-breaking heat wave that has hit Europe.

“For most soldiers out here, the heat is a challenging obstacle and needs to be taken seriously,” said Staff Sgt. Stephen Sovey, an engineer from Michigan’s Upper Peninsula who works in a paper mill back home. “The sun plays a factor for me (too). I get sunburned quickly and I need to take extra precautions for that.”

But when asked how he likes working here, his answer was the same as that of any other guardsman: “It’s been great.”

After clearing the land, the guardsmen are building offices from the ground up, pouring cement to create helicopter pads and laying 6-ton concrete tank pads that look like giant, gray Hershey’s chocolate bars to build up the base.

Most of the guardsmen know one another from back home and the atmosphere at the construction sites is friendly.

“This mission isn’t just about building permanent structures on base here, it’s about building relationships with our Polish counterparts,” said Capt. Benjamin Rodenberg, the soldiers’ executive officer in Drawsko Pomorskie. “The Polish have bent over backwards to accommodate us. You can tell they appreciate that we’re here.”

For Sovey, working long hours under the summer sun in Poland is the price he pays to spend time with his brother, who’s also in the National Guard.

“This is the third time I’ve (deployed) overseas with my brother,” Sovey said. “It’s an opportunity to spend time together, work together and joke around.”

Stephen’s older brother, Sgt. 1st Class Andrew Sovey, also an engineer from Michigan, works as an electrician in the States. Andrew Sovey outranks his younger brother, but during their projects on the exercise, Stephen Sovey works as the vertical engineer supervisor, which means at certain times, the lower-ranking brother might be calling the shots.

“It hasn’t been a problem though,” Stephen Sovey said. “If anything, our relationship helps us work together better.”

“One of us isn’t directly in charge of the other one, so it doesn’t get too weird,” Andrew Sovey added.

At the end of the day, the brothers are looking forward to getting off base together, sitting down at a Polish restaurant nearby and having a cold drink or two in the shade.