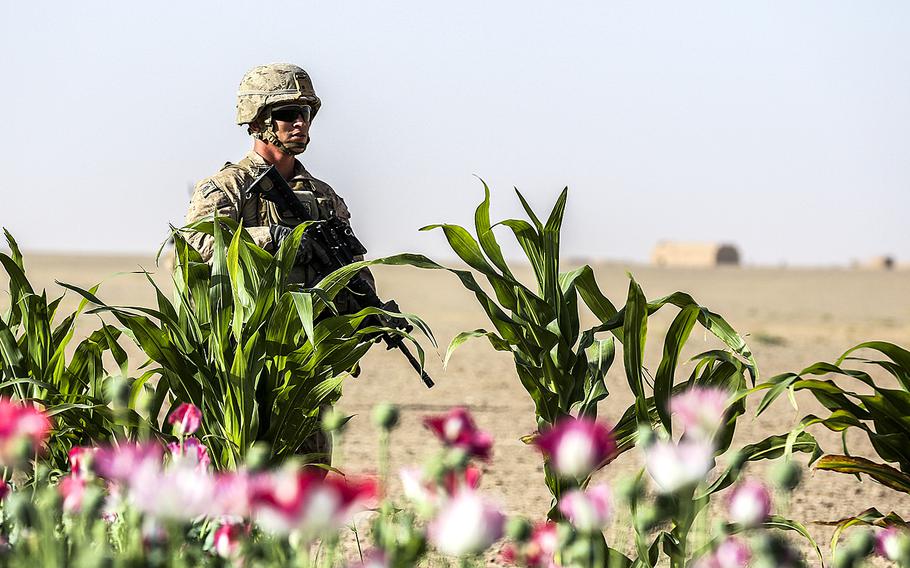 WASHINGTON — The fierce fighting in Afghanistan’s long-contested Helmand Province significantly waned in April, but American military officials believe the Taliban will soon launch another offensive there.

Most Taliban fighters left the front lines in Helmand near the end of March to farm the poppy crop – the Taliban’s largest revenue source. But the harvest is likely to end any day, said Army Brig. Gen. Charles Cleveland, a spokesman for NATO’s mission to train, advise and assist Afghan forces.

The monthlong lull in fighting followed weeks of intense combat between Taliban and Afghan forces that left “a sizeable portion” of Helmand, mostly in its northern region,contested or under Taliban control, Cleveland said. The lull allowed the Afghan army’s 215th Corps time to retrain under the watch of about 700 to 800 American troops.

The Afghans will focus on mounting an offensive against the Taliban, a lesson learned from a rough fighting season in 2015 when the Afghan security forces suffered the largest number of casualties since the war began in late 2001, Cleveland said.

Helmand was the site of some of the most brutal fighting between Taliban insurgents and coalition forces throughout Operation Enduring Freedom. Nearly 1,000 NATO troops, including hundreds of Marines, died in the province.

Since the United States withdrew its combat forces at the end of 2014, the Taliban has driven much of the Afghan security forces out of portions of Helmand. The United States had largely blamed poor leadership within the Afghan’s 215th Corps for the losses. Those Afghan leaders have since been replaced.

That unit appears better trained now, Cleveland told reporters at the Pentagon on Thursday during a briefing from Kabul. The Afghans’ confidence has been boosted by recent successes against the Taliban in the north.

“Although it’s still very early in the fighting season, we are optimistic in the way that the (Afghan security forces) performed up there,” Cleveland said. “We think they had some success against the Taliban up there – pushed them out of central Kunduz and were able to reopen several lines of communication.”

It is likely the 215th will be challenged by the Taliban next, as soon as the end of this week when this year’s poppy crop has been harvested.

“We think that’ll be the next big Taliban push,” Cleveland said. “We think it will come in Helmand.”