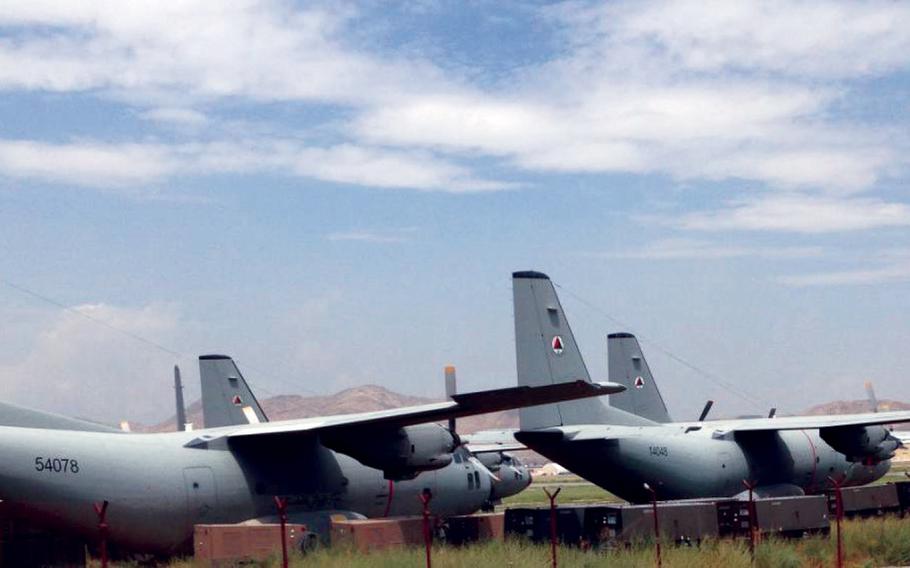 The G222 fleet in Kabul, Afghanistan. (Courtesy of SIGAR)

The G222 fleet in Kabul, Afghanistan. (Courtesy of SIGAR) 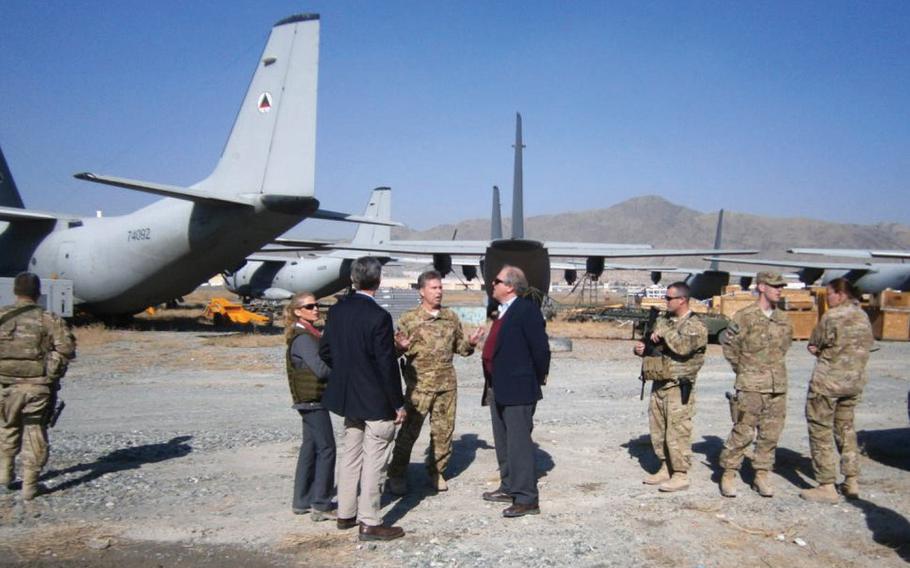 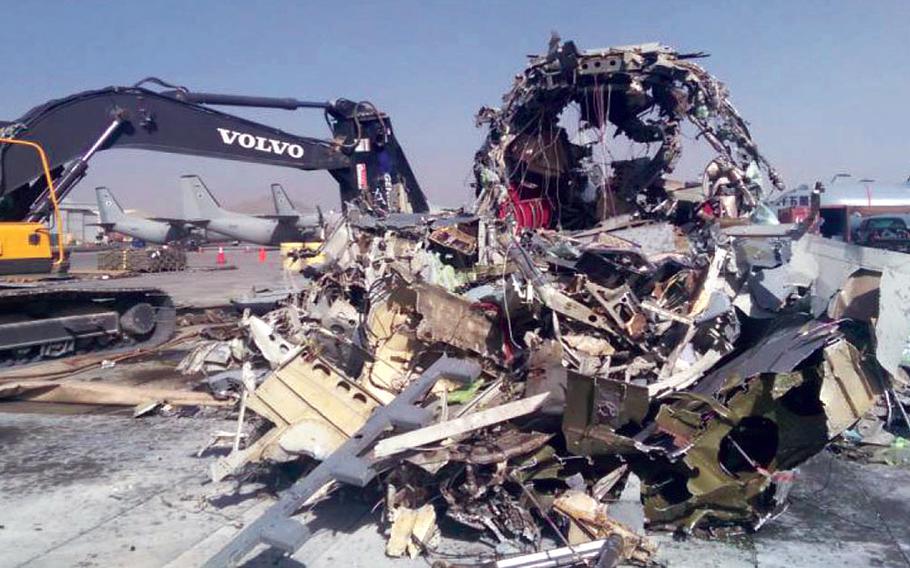 WASHINGTON — Most of the C-27 transport aircraft given to the Afghanistan military as part of a failed $486 million Defense Department program were locally scrapped for just $32,000, federal auditors said Thursday.

The U.S. Special Inspector General for Afghanistan Reconstruction, or SIGAR, sent letters to the Pentagon requesting all documents related to the scrapping, reasons why it did not pursue resale, and why it did not seek a refund from the manufacturer of the Italian-made C-27s, also known as G222s, which were grounded last year following chronic maintenance issues.

“It has come to my attention that the 16 G222s at Kabul were recently towed to the far side of the airport and scrapped by the Defense Logistics Agency,” SIGAR head John Sopko wrote in the Oct. 3 letters. “I was also informed that an Afghan construction company paid approximately 6 cents a pound for the scrapped planes, which came to a total of $32,000.”

The DOD ended the C-27 program in March 2013 after the Afghans could not maintain the aircraft or find spare parts. SIGAR launched an investigation in December.

Sopko said he had personally seen the 16 aircraft on the tarmac at Kabul International Airport and was told that the remaining four were taken to Ramstein Air Base in Germany during the investigation.

Ramstein officials said Friday that the places are there, but are awaiting direction on their disposition.

Since then, the DOD appears to have destroyed the Kabul-based C-27s.

The Pentagon should explain why alternatives to scrapping the aircraft were not pursued, such as flying the planes out of Afghanistan and reselling them abroad, Sopko said.

“What efforts were made to return the aircraft to the manufacturer or to obtain a refund?” he wrote.

The watchdog also wants to know whether any of the parts remain intact and maybe be recoverable.

“I am concerned that the officials responsible for planning and executing the scrapping of the planes may not have considered other possible alternatives in order to salvage taxpayer dollars,” he wrote.

The DOD and Air Force have until Oct. 17 to respond to SIGAR, according to the letters.

SIGAR was created to oversee about $104 billion the U.S. has funneled into rebuilding Afghanistan in the 13-year war with the Taliban and al-Qaida and has pointed to hundreds of millions in other wasteful spending in the past. In July, the auditor questioned DOD plans to begin sending C-130s, a similar type of transport aircraft, to the Afghan Air Force saying there was little evidence the aircraft are needed and last year urged the department to stop supplying the Afghans Russian-made helicopters.