US fleet commanders meet amid Russian naval buildup in Europe 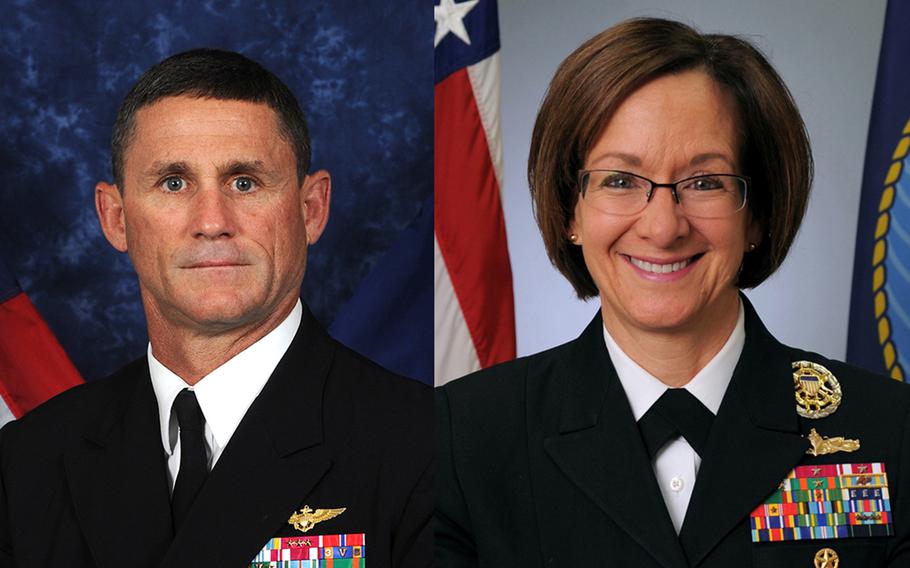 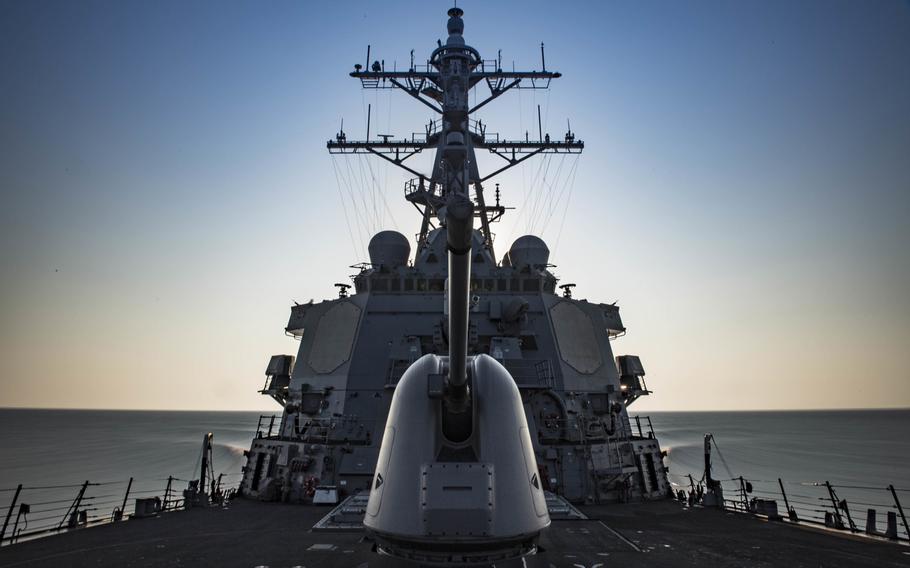 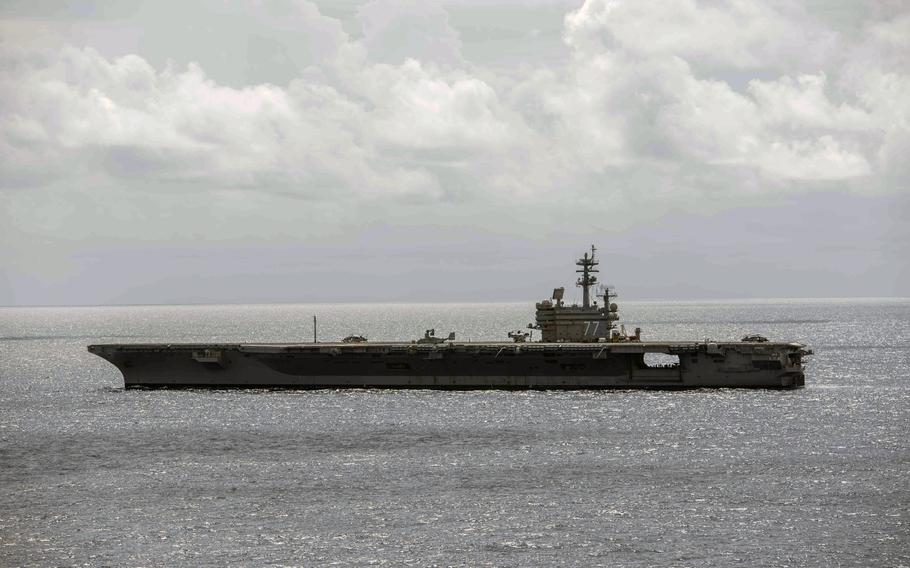 The aircraft carrier USS George H.W. Bush transits the Atlantic Ocean on Aug. 3, 2018. The commanders of the U.S. Navy's 2nd and 6th Fleet, Vice Adm. Andrew Lewis and Vice Adm. Lisa Franchetti, met at the Navy's European headquarters in Naples, Italy, to discuss how they will work together to monitor Russia's increasing activity in the north Atlantic Ocean. (Ryan Pitt/U.S. Navy)

NAPLES, Italy — The heads of 6th Fleet and the newly reborn 2nd Fleet convened Thursday at the Navy’s European headquarters to discuss how they will monitor an increasingly assertive Russian navy, which is now massing warships in the Mediterranean Sea for large-scale exercises.

"Our fleets will operate in a dynamic security environment, and the establishment of U.S. 2nd Fleet will help the U.S. Navy and our nation to meet these challenges head on,” Franchetti said in a written statement.

The admirals’ meeting coincided with an announcement by the Russian defense ministry Thursday that it will commence exercises in the eastern Mediterranean involving at least 25 warships and 30 aircraft.

Russia’s war games — the largest in recent memory in the Mediterranean — are the latest sign of Moscow’s efforts to establish a formidable naval presence in the region. The drill pulls together ships from Russia’s Northern, Baltic and Black Sea fleets. They will include Tupolev Tu-160 strategic bombers, fighters and anti-submarine maritime patrol planes.

The Russian naval buildup in the eastern Mediterranean also comes as Syrian government forces — backed by the Russian air force — turn their attention toward Idlib, the last rebel-held province of Syria. Some of the warships taking part in the weeklong naval drills are equipped with long-range Kalibr cruise missiles, which have already been used against rebel targets with devastating effect.

"The U.S. Navy has a routine presence in the Mediterranean Sea and throughout the world's waterways," said Cmdr. John Perkins, spokesman for Naval Forces Europe and Africa, in an emailed statement. "We expect that Russian ships operating in the Mediterranean Sea would conduct themselves safely and professionally, in accordance with international laws and customs."

For the 6th and 2nd Fleet, a key question will be how the lines will be redrawn on 6th Fleet’s area of operations, which now extends across half the Atlantic, and from Iceland to the Antarctic.

The Navy’s top leaders have said that 2nd Fleet will operate from the East Coast to the north Atlantic, including the Arctic.

Adm. John Richardson, chief of naval operations, said at a ceremony last week that the 2nd Fleet could patrol as far north as the Barents Sea, which abuts Russia’s coastline.

Russia has tested several nuclear missiles in the Barents Sea, according to CNBC.

In addition to the Mediterranean and the Barents, Moscow is boosting naval activity in other areas, such as the Baltic Sea, Black Sea and the Pacific Ocean.

The reinstated 2nd Fleet will be a scaled-down version of its Cold War predecessor that was decommissioned in 2011 and absorbed into Fleet Forces Command to trim costs.