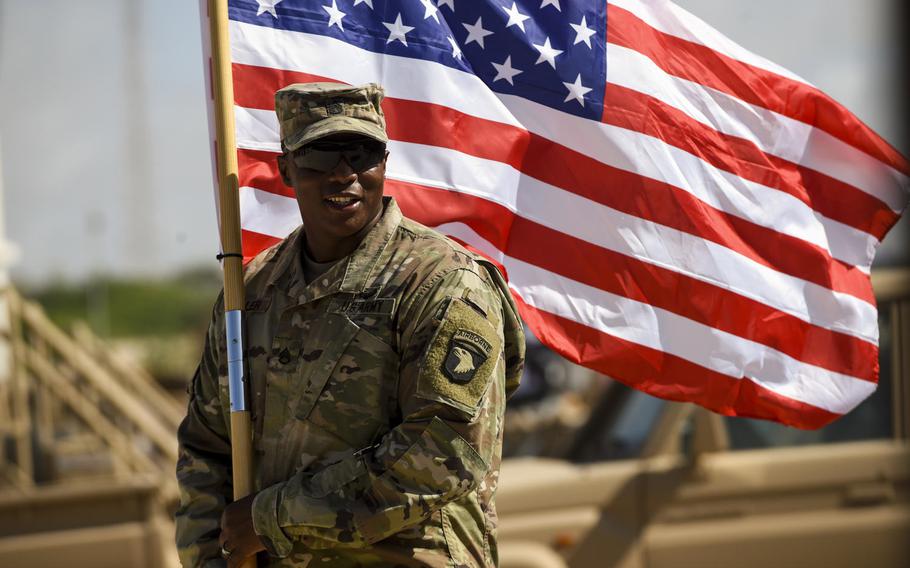 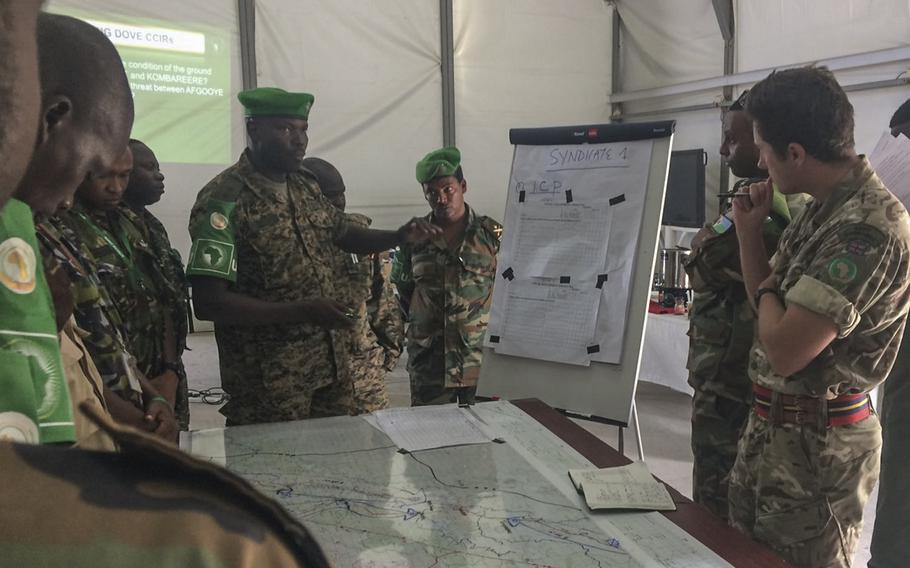 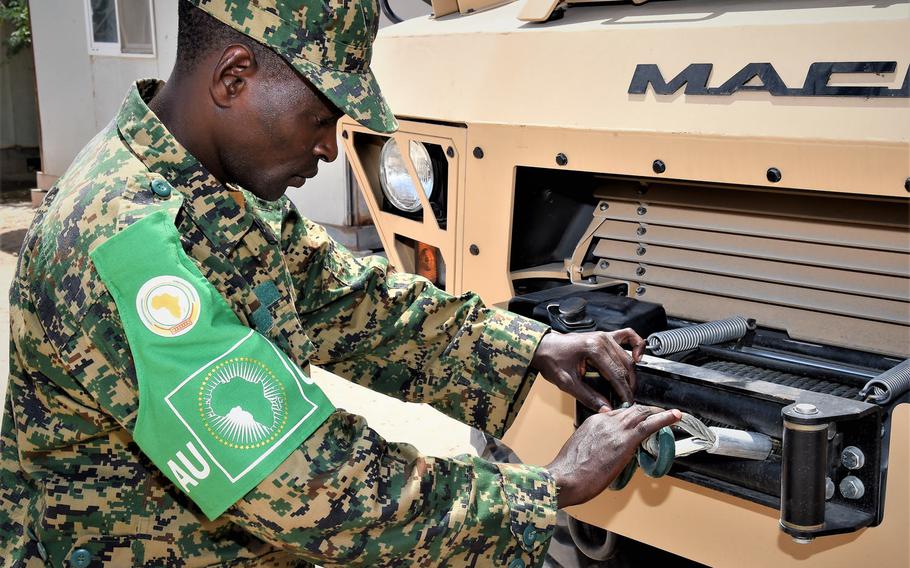 A Ugandan soldier inspects one of the nearly 20 armored vehicles provided by the U.S. Department of Defense and Department of State at Mogadishu International Airport on Sept. 25, 2017. (Andria Allmond/Combined Joint Task Force - Horn)

STUTTGART, Germany — There are now 500 U.S. troops in Somalia, where the military has carried out daily airstrikes in the past week, but the Pentagon refuses to call it a buildup.

“I would not associate that with a buildup, as you’re calling it,” Lt. Gen. Kenneth F. McKenzie told reporters Thursday in Washington. “I think it’s just the flow of forces in and out as different organizations come in that might be sized a little differently.”

McKenzie said the boost in attacks was simply a matter of hitting targets as they emerge. “So there’s no particular rhythm to it, except that as they become available and as we’re able to process them and vet them, we strike them,” he said.

Still, the sudden surge of servicemembers into Somalia over the past several months and the rapid spike in airstrikes — 28 so far this year — is a reversal from the past, when there were no regular troops in the country and airstrikes were extremely rare.

Driving the U.S.’s recent escalation is a closing window of opportunity as a 20,000-strong coalition of African armies prepares to leave the country after a decade of leading the battle against the al-Qaida-aligned group al-Shabab.

For 10 years, the African Union Mission in Somalia helped ensure relative stability in the war-torn country, pushing al-Shabab out of the capital of Mogadishu and numerous other strongholds. But al-Shabad were never defeated, and with the African Union’s pullout out set to begin in coming weeks, the U.S. and its partners have little time to degrade the militants before the multinational fighting force leaves. When the union’s drawdown will be completed in 2020, Somalia’s fledgling army will be in charge of the fight.

There is uncertainty about whether clan-based Somalia, which has a fleeting history of centralized government — can marshal the unity to prevent an al-Shabab resurgence.

“The group would most likely retake some lost territory should AMISOM forces withdraw before the (Somalia National Army) is capable of effective independent operations against the group,” Robyn Mack, a spokeswoman for U.S. Africa Command, told Stars and Stripes.

The U.S. military escalation now underway was hinted at earlier this year, when leaders from AMISOM arrived at AFRICOM headquarters in Stuttgart for a meeting of AFRICOM defense chiefs.

“We have very little time, so we need to accelerate this,” said Francisco Madeira, the African Union’s special representative on Somalia, during the April meeting in Stuttgart. “We have to see where we can get resources and training so these people can take over as quickly as possible.”

“I am afraid they (the Somali army) are not ready to take over the security right now,” added Lt. Gen. Osman Nour Soubagleh from Djibouiti. “The time is very short.”