US ends campaign to destroy Taliban drug labs in Afghanistan 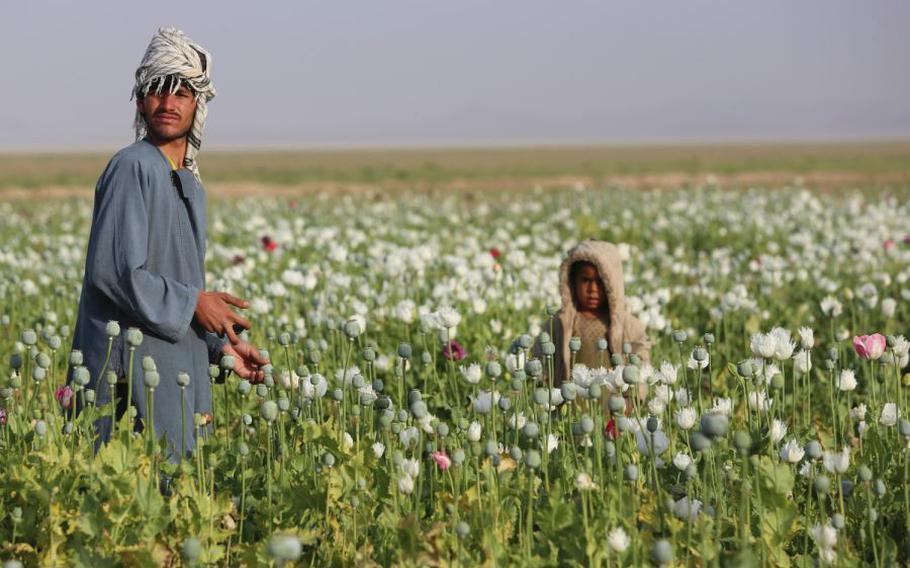 KABUL, Afghanistan — The U.S. military has ended a controversial bombing campaign that targeted Taliban drug labs across Afghanistan, without appearing to significantly disrupt the group’s ability to generate revenue from the illegal narcotics trade.

In its most recent report on Wednesday, the Defense Department Inspector General said the operation was officially terminated during the last quarter of 2018.

The campaign, known as Operation Iron Tempest, was launched in November 2017 to hurt the Taliban financially. It was part of the Trump administration’s broader strategy for Afghanistan, which relaxed rules of engagement in a bid to push the insurgents to the negotiating table.

From its inception, critics described the campaign — which included costly strikes by American aircraft and special operations raids — as a waste of resources, not least because the facilities it targeted could be rebuilt within days at little cost.

A year of airstrikes and raids led to “insurgent confusion, concern, and changes to their tactics, techniques and procedures,” the IG report said, citing the 9th Air and Space Expeditionary Task Force — Afghanistan. But it didn’t specify how much revenue the Taliban lost — the main aim of the campaign.

According to a report last month by the Special Inspector General for Afghanistan Reconstruction, the strikes on narcotics facilities denied the Taliban more than $42 million. In 2017, the U.S. military said the facilities helped the group generate $200 million a year.

SIGAR has repeatedly raised concerns about DOD’s methodology for calculating the amount of money denied to the Taliban because of the airstrikes, a concern echoed by independent experts.

Over 200 strikes were carried out throughout Operation Iron Tempest, but just two were conducted in the last quarter of 2018, both in southern Helmand province, the IG report said.

American B-52 and F-22 aircraft and Afghan A-29s, as well as high-mobility artillery rocket systems, aircraft carrier-based F/A-18s, aircraft for in-flight refueling and joint surveillance radar systems were all used during the campaign.

“Operating these aircraft costs anywhere from $9,798 per hour for an F/A-18 to $35,294 per hour for an F-22,” SIGAR said in June. “Destroyed labs, on the other hand, are quickly and easily replaced with minimal cost.”

“Ultimately, it is unclear whether targeting drug labs through an aerial bombing campaign is cost-effective or strategically wise,” SIGAR said.

The concerns followed frank comments by Air Force Secretary Heather Wilson, who said the U.S. “should not be using an F-22 to destroy a narcotics factory in Afghanistan.”

Despite the yearlong campaign, narcotics production in Afghanistan has remained at a “very high level,” according to the United Nations, which documented over 1,000 square miles of net opium cultivation last year.

Afghanistan remains the world’s top producer of illicit opium, used to make heroin, despite numerous U.S.-led initiatives costing more than $8 billion to combat drugs since the war began in 2001.

The U.S. military in Afghanistan has stipulated that the purpose of Operation Iron Tempest was to cut off Taliban revenue, not to fight the drug trade itself.